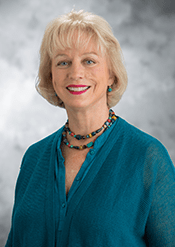 Joan Thiel was named vice president of Ambulatory Services in 2016.

Previously, Thiel served as vice president of Operations for Community and Academic Delivery.

Thiel began her health care career as a nurse. She has 30 years of industry experience serving in various management and administrative roles. She has a bachelor’s degree in psychology and nursing as well as a master’s degree in public health administration and policy. She is a fellow in the American College of Healthcare Executives.