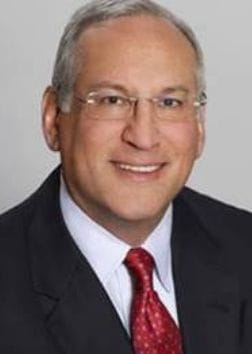 Mr. Goldberg’s extensive health-care career has focused on academic medical centers in some of the nation’s most competitive markets. He most recently served as regional president and CEO of Trinity Health’s Illinois region, which includes the Loyola University Health System and Mercy Hospital & Medical Center in Chicago.

Prior to joining Loyola in 2011, Mr. Goldberg served as chief executive officer of Vanderbilt University Hospital in Nashville. Earlier in his career, he was vice president of hospital operations at Northwestern Memorial Hospital in Chicago and a health-care consultant with Ernst & Young in New York City.

He is active in numerous organizations, including the American Heart Association and the American Cancer Society.