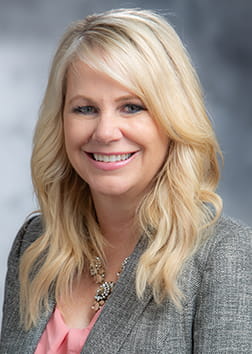 Naomi Cramer was named chief human resources officer in June 2016. She joined Banner in December 2014 as vice president of talent acquisition and was later promoted to vice president of talent management in 2015; where she led all talent functions for the organization including recruitment, learning and development, organizational effectiveness and change, assessment and survey and workforce planning. She also serves as the executive sponsor for the Diversity & Inclusion Council.

Prior to joining Banner, Cramer had a progressive career in operations and human resources at Target Corporation. Her last role was senior vice president of field HR, where she led all areas of Human Resources for 350,000 employees in 1,780 retail stores and 37 distribution centers. Cramer holds a Bachelor’s of Science degree from the University of Phoenix.