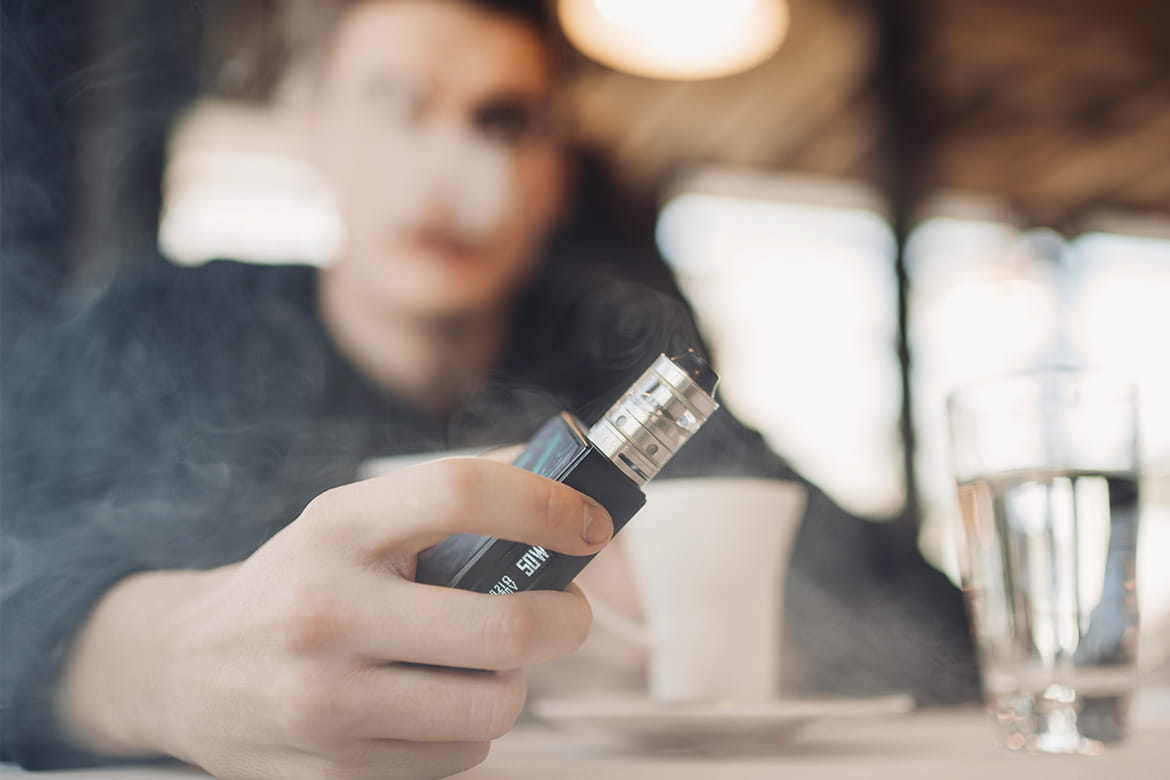 What may look like a USB charger or pen in your child’s backpack, could be doing more than you realize. Electronic cigarettes (e-cigarettes), also known as vape pens, take many shapes and sizes but they are posing serious dangers for teens and young adults.

According to the Centers for Disease Control and Prevention (CDC), today 1 in 20 middle schoolers and 1 in 5 high schoolers – roughly 3.6 million teens – are vaping. This has prompted the Food and Drug Administration (FDA) and U.S. Surgeon General to issue warnings that vaping among youth has reached epidemic levels.

The worrying part? Youth think vaping is harmless. As a parent, here’s what you should know about vaping and how you can help educate your teen to make smarter choices.

E-cigarettes are electronic devices that heat a liquid and produce an aerosol or mix of small particles in the air that usually contain nicotine, flavorings and other harmful chemicals to make the aerosol. These flavorings usually come in an assortment of flavors, which can be very tempting to teens and young adults.

Why It’s So Dangerous

When e-cigarettes first came out, they were hailed as a “safe alternative” to smoking because they lacked tar and other harmful gases found in cigarettes, but Bahar Altaha, a child and adolescent psychiatrist with Banner Behavioral Health, says one pod can contain the same amount of nicotine as one pack of cigarettes. “We are still learning the long-term effects of e-cigarettes, but there are serious concerns about their addictive effects on youth and their overall lung health.”

Not only do these e-cigarettes pack a nicotine punch, they also contain ultrafine particles that are inhaled deep into the lung, as well as the chemical diacetyl, a flavoring linked to lung disease, according to the U.S. Surgeon General and U.S. Department of Labor Occupational Safety and Health Administration. The U.S. Department of Health and Human Services also says nicotine use among teens changes how synapses in their brains are formed—affecting attention and learning and increasing the risk of mood disorders.

Dr. Altaha says there have even been cases where e-cigarettes have exploded in people’s faces, causing injuries and burns. “If a vape pen battery overheats or someone doesn’t properly handle and charge batteries, they can risk serious injury.”

Tips for Talking to Your Teen

It’s hard to start a conversation with teens without risking push back from them. Here are three conversation starters courtesy of the CDC:

“Unfortunately, you have to be vigilant as a parent,” Dr. Altaha says. “Google pictures of different vaping tools to know what the latest ones look like, search your teen’s backpack and continue an open dialogue with them.”

Concerned about your child’s use of e-cigarettes? Speak with a Banner Health behavioral health specialist or call our Nurse on Call, a free health care advice line, at (844) 259-9494.

YOU MAY ALSO LIKE
What Parents Should Know About the Germs That Cause Scarlet Fever
Does Your Child Need Medical Care or Can You Treat Them at Home?
Parent’s Guide for Taking Newborn Temperatures
5 Tips to Make Your Child’s Hospital Stay Easier
What to Do If Your Child Swallows Something
Coffee, Soda and Energy Drinks: Is Caffeine Bad for Kids?
Destacados
Aconséjame
How Often Should You Wash Your Sheets to Keep Germs Away?
Inspírame
Three Women, Three Final Treatments, Three Survivors
Enséñame
5 Tips to Remove Water From Your Ears
RECIENTE
Mejórame
How to Get Rid of Those Painful Cracks in the Corners of Your Mouth
Enséñame
Why Do I Keep Getting Strep Throat?
Enséñame
Are You at Risk for Infection with the Epstein-Barr Virus?
Comments 0