When did you confront your mortality? Most of us probably don’t come to the realization that life is finite until well into our adult years. For children with cystic fibrosis, a chronic and often fatal genetic disorder that primarily affects the lungs, knowing that you may not live to see adulthood is a harsh reality of life.

“I grew up being told my life expectancy was 18,” George Will, now 26, explained. “As new treatments came out, I was able to control the condition pretty well. I was lucky.”

But Will’s luck appeared to be running out in 2014 as his lungs began to fail.

A lung transplant to save a life

“I met with him a few times, and that’s when we started talking about the transplant option. I didn’t want to have a transplant, but Dr. Saggar asked me to give him and the transplant team at Banner – University Medical Center Tucson a chance," said Will.

There, the team headed by Scott Lick, MD, a cardiothoracic surgeon, met with Will and began testing in August 2015 to see if he was eligible for transplant.

“My coordinators made me 100 percent confident in them and the procedure,” he said.

Dr. Lick noted that Will was a good candidate for the surgery because of his overall health and age.

“Lung transplant is now a viable option for those born with cystic fibrosis," he said. “It’s absolutely inspiring to see the courage with which they live their lives and humbling to be able to give them a second chance through transplant.”

But eligibility is only the beginning. Donor lungs need to be available, and patients are put on the United Network for Organ Sharing’s national transplant registry to begin the sometimes very long wait for an organ. Will was put on the list in October and within three weeks he received the call. Lungs were waiting for him in Tucson.

“I was confused by how quickly it was all happening,” Will remembered. He was whisked off to Tucson and the then 25-year-old had a successful double-lung transplant.

The road to recovery 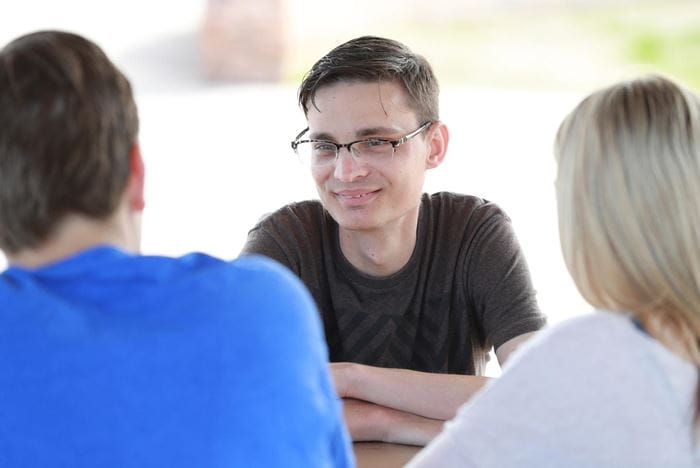 Will spent just two-and-a-half weeks in the hospital following surgery, marking the start of a remarkable recovery.

“I got the ventilation tubes out the first day and was walking by day three,” he said. “I was confused about why I was having such a speedy recovery. They said it was because I was a strong person.”

“I was already walking between one and two miles a day, which is a lot more than what patients do in rehab,” he explained. “In a lot of ways, I skipped some parts of the normal rehab process.”

“Follow-up care after transplant is critical,” Dr. Lick explained. “Will’s overall health was certainly in his favor, however, we like our patients to stay close by so they get optimal care immediately following a transplant procedure.”

Will returned to his home in San Tan Valley after only 29 days in Tucson.

Recovery from a transplant can be challenging at times as organ rejection is always a possibility. At the seven month mark, Will experienced a dip in lung function. The transplant team however, responded immediately and adjusted his medications and treatments to restore his lung functionality.

Life after the transplant

Today, Will’s taking things day by day, enjoying what he calls his second chance and experiencing life like never before. From living with a roommate, to attending church and taking part in community events – it’s a whole new life for him.

“Before the transplant, I was just so tired,” Will recalled. “I was ready to give up … to just go. I owe [the team] my life.”

Since its inception in April 2016, the lung transplant program at the two Banner – University Medical Centers has so far conducted 17 transplants.

The comprehensive transplant program at the two Banner – University Medical Centers provide liver, kidney, kidney living donor, pancreas, heart, and lung procedures and serve Arizona and surrounding states. In 2016, more than 400 transplants were performed – 252 in Phoenix and 151 in Tucson.

Learn more about lung disease and the various treatment options available at bannerhealth.com.

YOU MAY ALSO LIKE
Lung Cancer in Nonsmokers: Yes, It’s Possible
How to Avoid the Deadly Disease that Could Be Lurking in Your Water
How Is Flu Season Different During the COVID-19 Pandemic?
Myths & Facts About Bronchitis
How to Minimize Unanticipated Lung Problems Caused by Campfires
Could Your Chest Pain Be Pleurisy?
Featured
Inspire Me
Dream Wedding at Banner Thunderbird Medical Center
Teach Me
What You Need to Know About Your Blood Oxygen Level
Advise Me
Can You Burn Fat and Gain Muscle at the Same Time?
RECENT
Advise Me
How Much Weight Should I Gain During My Pregnancy?
Teach Me
The Most Important Things to Know About Wisdom Teeth Removal
Better Me
Red Eyes: The Most Common Causes and Treatments
Comments 3