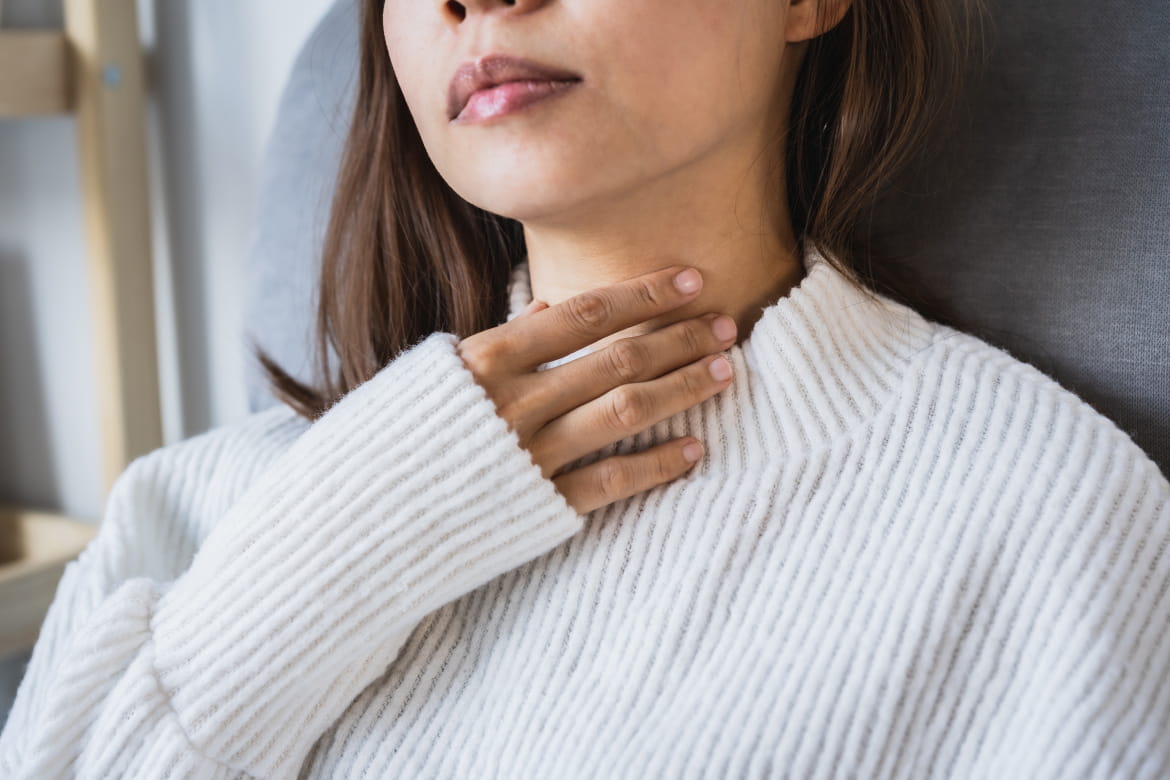 However, even non-smokers can be at increased risk. To understand some of the lesser known risk factors, we spoke with Christopher Vanison, MD, a head and neck cancer reconstructive surgeon at Banner MD Anderson Cancer Center in Arizona.

“The human papillomavirus (HPV) is fast becoming one of the most common causes of head & neck cancer,” said Dr. Vanison. “HPV itself often does not cause symptoms.  A high percentage of the human population has acquired some form of HPV by adulthood. Thankfully, these cancers are much more susceptible to treatments such as surgery and radiation compared to head & neck cancers which are not related to HPV.”

The majority of cancers related to HPV occur in the oropharynx – this includes the tonsils and also the base of tongue.  There are many strains of HPV and many do not cause cancer, such as the strains which cause common warts.  Strains of HPV which are known to cause head & neck cancer are typically acquired through sexual contact.  Men are more likely than women to developed HPV-related head & neck cancers.

“Poor dental hygiene and chronic dental infection/irritation is an uncommon but real risk factor for the development of head & neck cancer, particularly in the mouth,” said Dr. Vanison. Not only does poor dental hygiene and lack of routine dental care account for a risk of developing head & neck cancer, but these cases are also commonly more severe.

Even though it is one of the most common causes, few people are aware that heavy alcohol consumption is linked to head and neck cancer. “In fact, according to recent studies, heavy alcohol consumption can be just as high of a risk as smoking,” explained Dr. Vanison. “Many of my patients are surprised to find out that their alcohol intake has likely contributed to the development of their cancers.”

Alcohol is an especially important risk factor for cancers originating in the hypopharynx (lowest part of the throat). Even a heavy drinker can lower their risks by quitting. The risk of head & neck cancer will decrease over time, particularly if that person has abstained from alcohol for more than 10 years.

While most people will have contracted the Epstein-Barr virus (EBV) by adulthood, it is a fairly rare cause of head & neck cancer. In particular, EBV can be responsible for causing cancer in the nasopharynx – this is the highest part of the throat, located behind the nasal cavity and above the palate. EBV can also cause a rare, but aggressive form of lymphoma (a cancer of the lymph nodes) called Burkitt lymphoma. EBV is attributed to head & neck cancer much more commonly in certain parts of the world including southern China, North Africa and the Middle East.

Certain nasopharyngeal cancers have been linked to regular exposure to wood dust. Similarly, other head and neck cancers have been connected to asbestos and synthetic fiber exposures. For these reasons and others, certain roles in the construction, metal, textile, ceramic, logging and food industries come with increased risk factors for cancers of the larynx.

Early detection and treatment are the best ways to improve your chances of beating head and neck cancers. Don’t put off meeting with a doctor to discuss your symptoms and risk. Although eliminating cancer is the primary goal, preserving your function is extremely important. Your options for treatment and recovery are better during early stages.

Learn more about cancer risk factors in these similar articles:

YOU MAY ALSO LIKE
These Tips Can Help You Get Used to Your Hearing Aid
How to Use Supplements During Cancer Treatment
Bad Breath? It Could Be Caused by Tonsil Stones
Did My Eardrum Rupture? Here’s How to Tell
Recovering Your Sex Life After Breast Cancer
Is My Nose Broken? Here’s How to Tell
Featured
Advise Me
How Often Should You Wash Your Sheets to Keep Germs Away?
Better Me
Why Is My Nose Burning?
Inspire Me
Three Women, Three Final Treatments, Three Survivors
RECENT
Teach Me
Why Do I Keep Getting Strep Throat?
Teach Me
Are You at Risk for Infection with the Epstein-Barr Virus?
Teach Me
What Parents Should Know About the Germs That Cause Scarlet Fever
Comments 0