Phoenix (April 1, 2021) – Banner Alzheimer’s Institute (BAI) has received a grant expected to total $27.5 million over five years from the National Institute on Aging (NIA), part of the National Institutes of Health (NIH), to further investigate biological and cognitive changes preceding the onset of memory and thinking problems in people at different levels of genetic risk for Alzheimer's disease. Led by researchers from Banner and Mayo Clinic in Arizona, the five-year grant will study healthy people with six forms of the apolipoprotein E (APOE) gene, the major genetic risk factor for Alzheimer’s disease, create a shared scientific resource of data and biological samples to support a wide range of future  studies, and help to advance the understanding, treatment, and prevention of Alzheimer’s disease.

“We are grateful to the NIA for their continued support of our efforts to advance the study and prevention of Alzheimer’s,” said Eric M. Reiman, MD, the executive director of Banner Alzheimer’s Institute and one of the grant’s principal investigators. “The new grant will allow us to address several critically important questions and support our chance to find effective disease-stopping and prevention therapies within the next five years.”

The study is intended to help clarify how genetic and non-genetic risk factors contribute to a person’s Alzheimer’s risk and to help discover some of the factors that protect people from developing Alzheimer’s at older ages despite their genetic risk. It will also improve the design and analysis of Alzheimer’s prevention trials, some of which are already underway, to find effective prevention therapies as quickly as possible.

“For more than two decades our Arizona team has leveraged a common genetic risk factor, APOE4, that has allowed us to identify some of the earliest biological and cognitive changes in cognitively unimpaired people at risk for Alzheimer’s disease, Our findings have had a major impact on the field,” said Richard Caselli, MD, Professor of Neurology and Mildred A. and Henry Uihlein II Professor of Medical Research at Mayo Clinic in Arizona, and one of the grant’s other principal investigators. “This grant will allow us to have an even greater impact by allowing us to study people at all six levels of APOE risk, include a full range of established and developing biomarkers in our research, and continue to share our resources with other scientists.”

Participants will be recruited via multiple venues, including the Alzheimer’s Prevention Registry led by BAI (www.endALZnow.org) that connects interested members with relevant Alzheimer’s-focused studies in their local area.

Since its inception in 2006, Banner Alzheimer’s Institute (BAI) has sought to find effective Alzheimer’s disease prevention therapies without losing another generation, establish a new model of dementia care for patients and family caregivers, and forge new models of collaboration in biomedical research. It has made groundbreaking contributions to the unusually early detection, tracking, diagnosis and study of Alzheimer’s, and aims to find an effective prevention therapy by 2025. It includes the pioneering Alzheimer’s Prevention Initiative (API), an extensive profile of research studies and clinical trials, comprehensive clinical, family and community service programs, a leading brain imaging research program, and strategic partnerships with numerous public and private research organizations around the world.

Mayo Clinic is a nonprofit organization committed to innovation in clinical practice, education and research, and providing compassion, expertise and answers to everyone who needs healing. Visit the Mayo Clinic News Network for additional Mayo Clinic news and Mayo Clinic Facts for more information about Mayo.

The Arizona Alzheimer’s Consortium (AAC) is the nation’s leading model of statewide collaboration in Alzheimer’s disease research. Established in 1998, the Consortium capitalizes on its participating institutions’ complementary strengths in brain imaging computer science, genomics, the basic and cognitive neurosciences and clinical and neuropathology research to promote the scientific understanding and early detection of Alzheimer’s disease and find effective disease-stopping and prevention therapies. It also seeks to educate Arizona residents about Alzheimer’s disease, research progress in the state and the resources needed to help patients, families and professionals manage the disease. The AAC is made up of Banner Alzheimer's Institute, Barrow Neurological Institute at St. Joseph's Hospital and Medical Center, Mayo Clinic, Banner Sun Health Research Institute, T-GEN, Arizona State University and the University of Arizona. The Consortium is determined to find effective treatments to halt the progression and prevent the onset of Alzheimer’s disease without losing a generation. 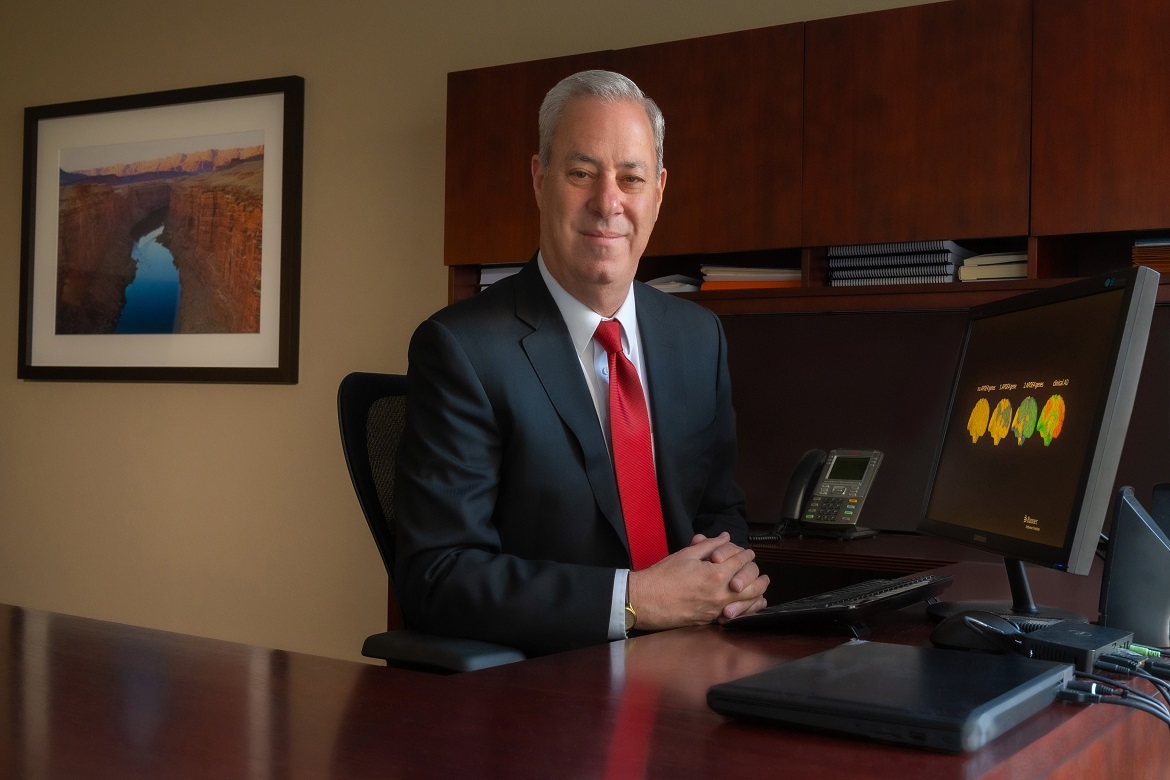