PHOENIX, AZ (June 15, 2022) – A precedent-setting prevention trial in Colombia has found that the investigational medicine crenezumab did not slow or prevent decline in cognition or memory for cognitively healthy people with a rare genetic mutation that causes early-onset Autosomal Dominant Alzheimer’s Disease (ADAD).

The trial did not demonstrate a significant clinical benefit in either of its co-primary endpoints assessing the rate of change in cognitive abilities or episodic memory function, measured by the Alzheimer’s Prevention Initiative (API) ADAD Composite Cognitive Test Score and the Free and Cued Selective Reminding Test (FCSRT) Cueing Index, respectively. Numerical differences favoring crenezumab over placebo were observed across the co-primary and multiple secondary and exploratory endpoints, but they were not statistically significant.

Further analyses of clinical and biomarker data are ongoing and initial findings will be presented at the Alzheimer's Association International Conference (AAIC) on August 2, 2022. No new safety issues were identified during the study.

“We’re disappointed that the treatment did not demonstrate a statistically significant  clinical benefit,” said Eric M. Reiman, MD, Banner Alzheimer’s Institute executive director and one of the API study leaders. “At the same time, we’re grateful for the impact that this pioneering study has had in shaping a new era in Alzheimer’s prevention research, and we’re extremely grateful to our research participants and their families. This trial, the data, samples, and findings that we’ll share with the research community, and the related work that we and others are doing promise to further accelerate the evaluation and approval of future prevention therapies.”

Crenezumab is an investigational monoclonal antibody that binds to and interferes with the potentially harmful effects of amyloid oligomers, soluble clumps of amyloid that may contribute to the development of Alzheimer’s disease. It was designed to minimize the inflammatory brain cell response that has been postulated to contribute to the risk of ARIA (Amyloid-Related Imaging Abnormalities), including brain magnetic resonance imaging evidence (MRI) of fluid accumulation (edema), bleeding, or the clinical side effects to which they may be related.

The API ADAD Trial compared cognitive and biological changes over 5-8 years in 252 cognitively unimpaired members of the world’s largest ADAD kindred, including carriers of the Colombian “Paisa” mutation (presenilin 1 [PSEN1] E280A). Carriers of the rare mutation are virtually certain to develop Alzheimer’s and tend to become cognitively impaired by around age 44. The trial included mutation carriers who were randomly assigned to receive crenezumab, carriers who were randomly assigned to receive placebo, and non-carriers from the kindred who also received placebo. Remarkably, 94% of the participants completed the trial.

The trial developed groundbreaking research strategies and methods that have helped shape Alzheimer’s prevention research, led to a growing number of prevention trials in cognitively unimpaired persons at biological risk for Alzheimer’s, and sped up the effort to find effective prevention therapies and support their potential approval. It also established a precedent-setting commitment to the sharing of trial data and samples with the field to have the greatest possible impact. In addition, it provides the opportunity to explore the impact of treatment in mutation carriers who did or did not have PET evidence of amyloid plaques when the study began and to inform the design of future primary and secondary prevention trials.

“I wholeheartedly thank the dedicated researchers who designed and conducted this trial, the heroic families who participated, and the many others who supported this historic trial,” said Pierre N. Tariot, MD, Banner Alzheimer’s Institute director and one of the other API study leaders.

The API ADAD Trial was the first NIH-supported and potentially label-enabling prevention trial of an investigational Alzheimer’s disease-modifying treatment in persons at biological risk for the disease. It was supported by two NIA grants, funding from Roche, and generous philanthropic contributions to Banner Alzheimer’s Foundation. When then-NIH Director Francis S. Collins, MD, PhD, announced the trial at the first NIH AD Summit in 2012, he called it “a cornerstone in the National Plan to Address AD.”

“We offer our deepest thanks to the people who participated in this important clinical trial, for their help in advancing our understanding of the complexities of Alzheimer’s disease and related dementias,” Richard J. Hodes, MD, NIA director. “We look forward to learning more from the full data, which will provide guidance for further research since every new piece of knowledge brings us closer to effective prevention strategies and treatments.”

More than 15 years ago, API researchers began forging a close working relationship with GNA at the University of Antioquia, which played the primary role in conducting the trial in Colombia. For three decades, long before the API trial began, GNA Director Francisco J. Lopera, MD, and his colleagues had followed and built close relationships with the affected families. With API support, GNA has now identified more than 6,000 members of the Colombia kindred in 26 extended families, including about 1,200 who carry the ADAD mutation, and it played the primary role in trial engagement, enrollment, and assessments. ADAD represents less than one percent of all cases of Alzheimer’s.

“The courage of the Antioquia families, their support for each other, and their belief in the potential of research have made possible all that we have learned through this study,” said Dr. Lopera. “We will continue to work closely with our families and research partners, and we will never give up in our effort to find effective Alzheimer’s prevention therapies as soon as possible.”

Since the trial’s early planning stages, Genentech, a member of the Roche Group, provided crucially important clinical trial expertise, a shared commitment to the ambitious prevention trial goals, and the investigational medicine, crenezumab, chosen by API and the University of Antioquia’s GNA for the study.

“We are grateful for the trial participants and their families and are humbled to have been part of this important study over the past decade,” said Rachelle Doody, MD, PhD, Global Head of Neurodegeneration at Roche and Genentech. “We also recognize and thank our fellow academic and scientific collaborators whose unique expertise brought together unparalleled knowledge of the Colombian kindred community and deep experience in developing measures and evaluating interventions in populations at risk for or affected by Alzheimer’s disease. We remain committed to contributing further scientific evidence to advance how Alzheimer’s disease is understood, diagnosed and treated.”

This research was funded in part by NIH grants RF1AG041705 and R01AG055444 from the National Institute on Aging, the primary U.S. federal agency supporting and conducting Alzheimer's disease research.

Since its inception in 2006, Banner Alzheimer’s Institute (BAI) has sought to find effective Alzheimer’s disease prevention therapies without losing another generation, to establish a new model of dementia care for patients and family caregivers, and to forge new models of collaboration in biomedical research. It has made groundbreaking contributions to the unusually early detection, tracking, diagnosis, and study of Alzheimer’s, and aims to find an effective prevention therapy by 2025. It includes the pioneering Alzheimer’s Prevention Initiative (API), an extensive profile of research studies and clinical trials, comprehensive clinical, family and community service programs, a leading brain imaging research program, and strategic partnerships with numerous public and private research organizations around the world. Learn more at www.BannerAlz.org.

About the Alzheimer’s Prevention Initiative

The Alzheimer’s Prevention Initiative (API) is an international collaborative formed in 2009 to launch a new era of Alzheimer’s prevention research. Led by the Banner Alzheimer’s Institute, the API conducts prevention trials in cognitively healthy people at increased risk for Alzheimer’s disease. API continues to establish brain imaging, fluid biomarker and cognitive endpoints needed to rapidly test promising prevention therapies. It also leads participant recruitment registries to accelerate enrollment into Alzheimer’s-focused studies. API is intended to provide the scientific means, accelerated approval pathway and enrollment resources needed to evaluate the range of promising Alzheimer’s prevention therapies and find ones that work without losing another generation. For more information, go to https://alzheimerspreventioninitiative.com.

Grupo de Neurociencias de Antioquia (GNA), at the University of Antioquia in Medellín, is ranked as one of the best research organizations in Colombia. For more than three decades, GNA has characterized what is now considered the world’s largest population with early-onset familial Alzheimer’s disease. GNA has also characterized large and paradigmatic populations with other forms of dementia and other neurogenetic disorders. 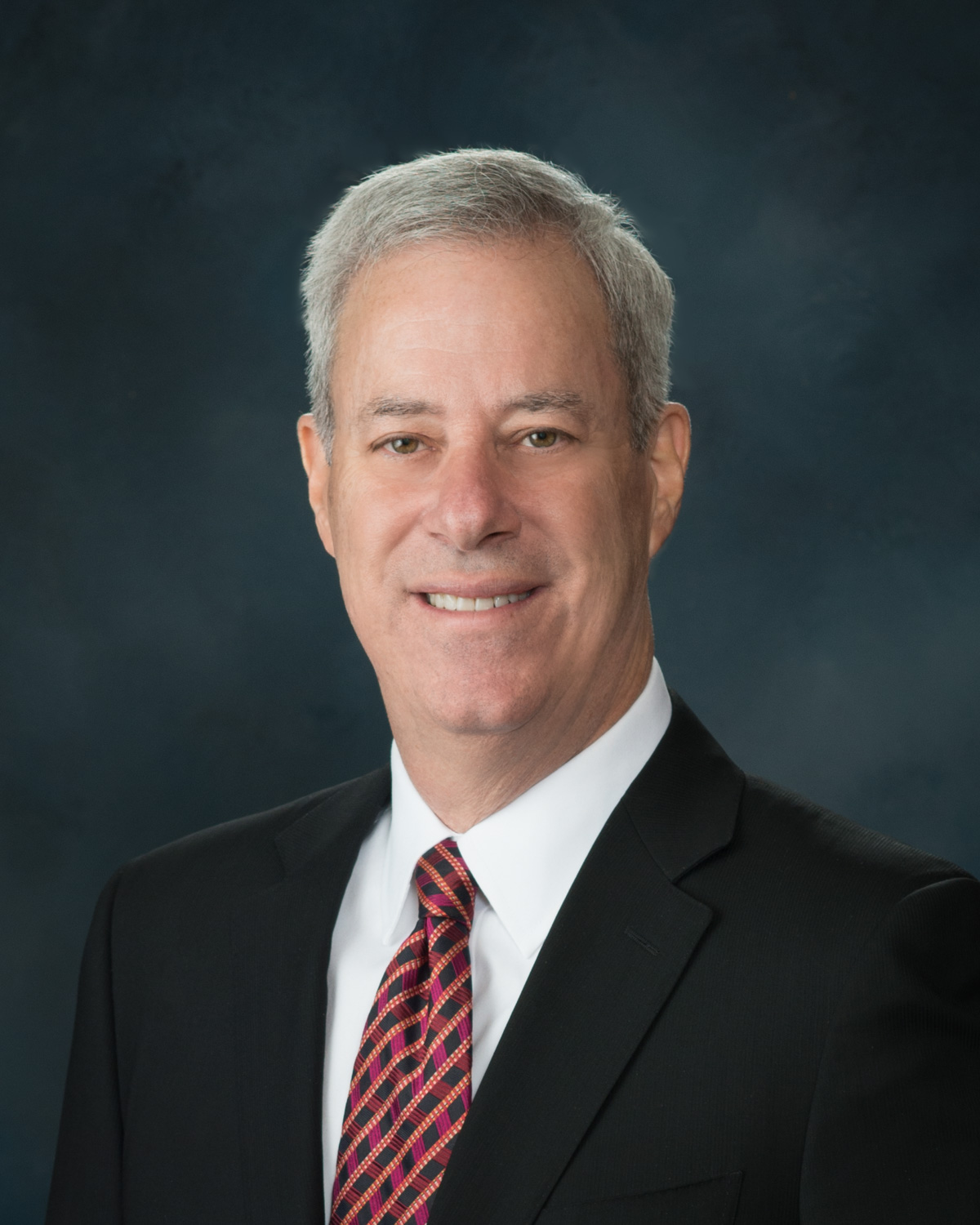 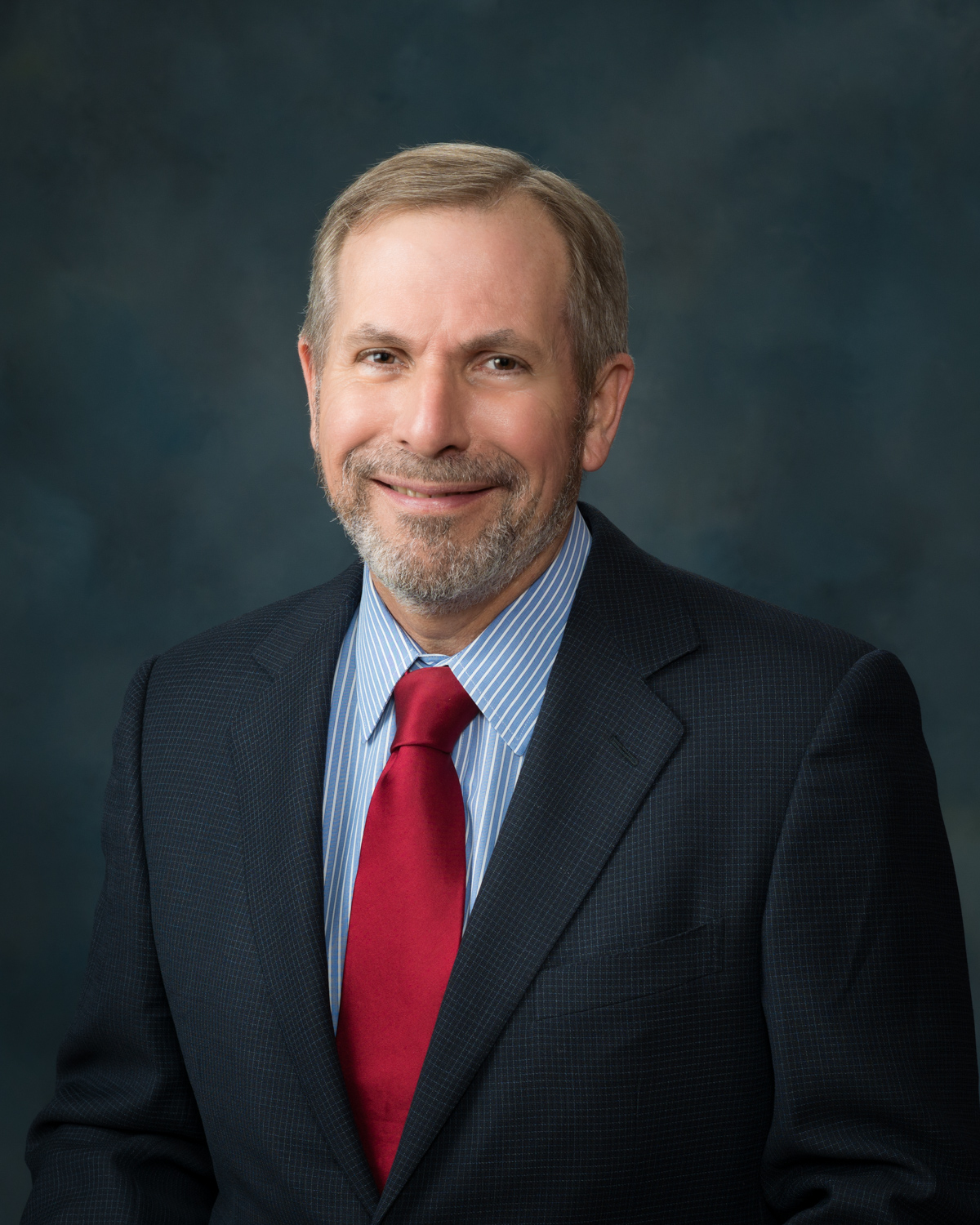 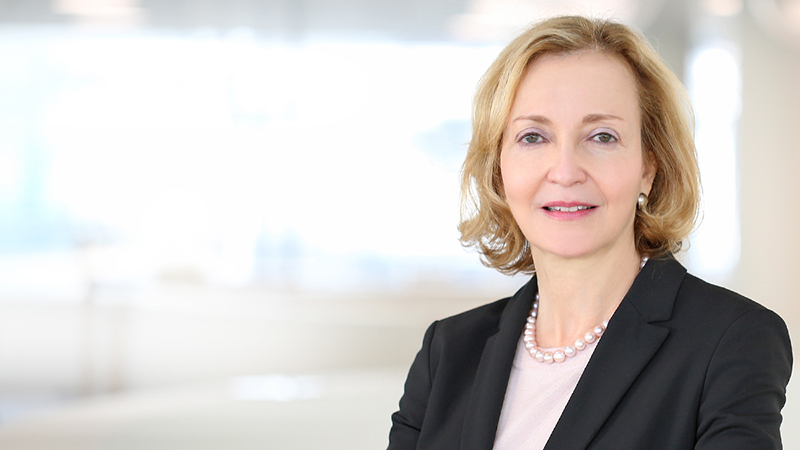 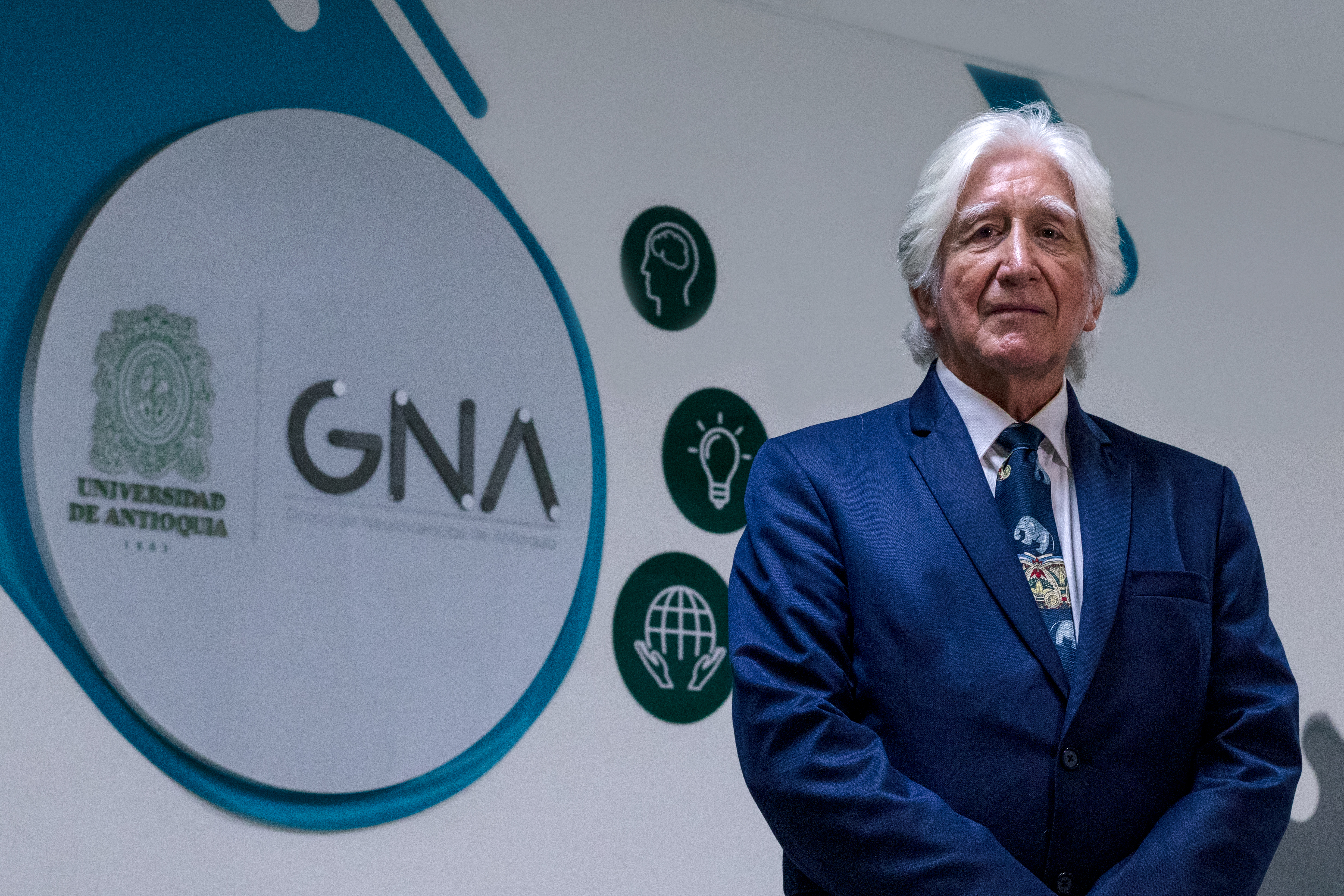 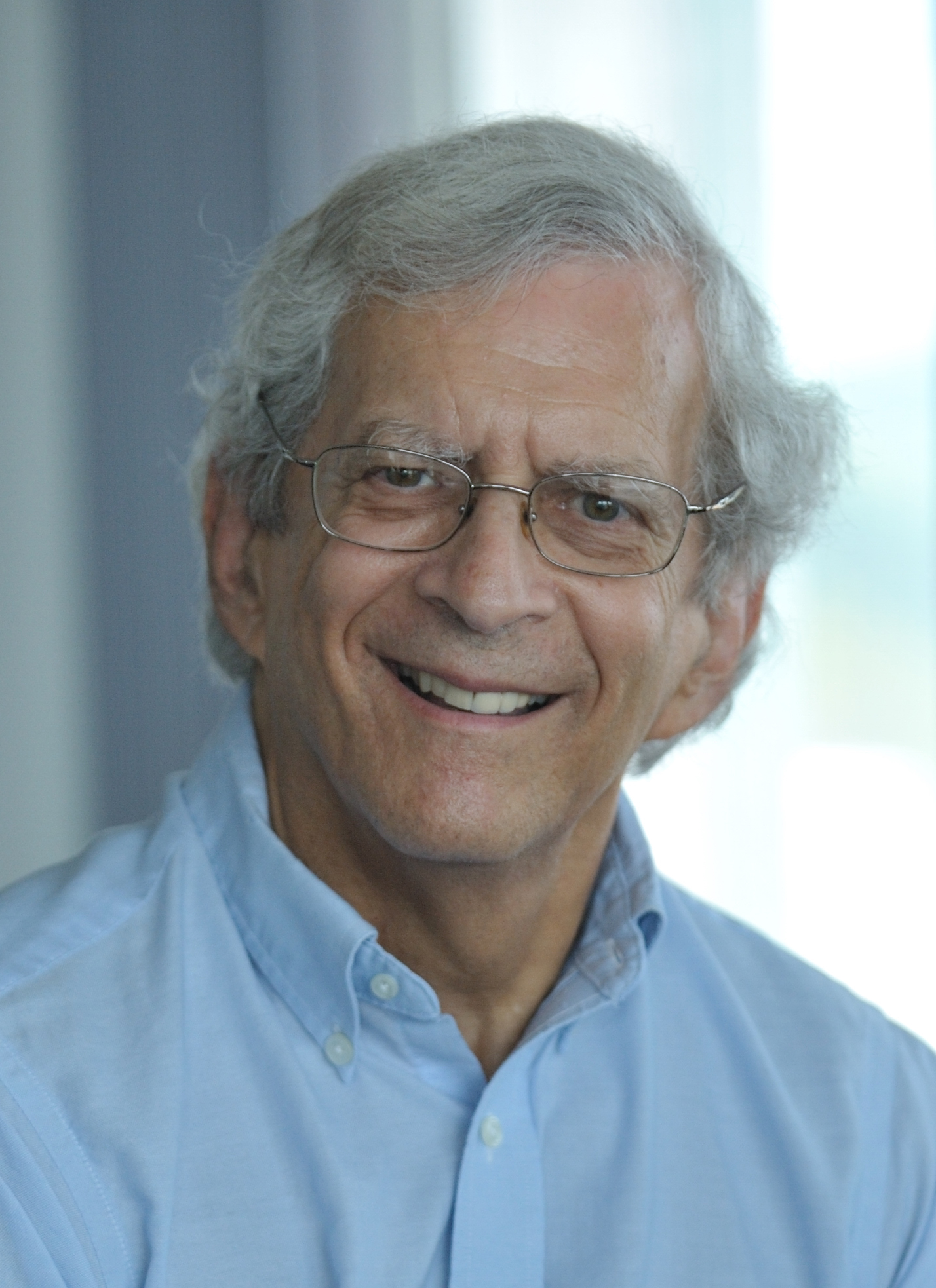