National search for successor is underway

PHOENIX (April 2, 2021) – Today Banner Health announced the retirement of its chief operating officer (COO), Becky Kuhn. Kuhn will stay on with the organization until October 2021 while a search for her replacement is conducted.

In the nearly 20 years that Kuhn has been with Banner, she has held several key leadership roles including her current role as system COO since 2017. She has also served as executive VP of Banner’s Arizona East Region, as CEO of Banner Del E. Webb Medical Center and CEO of the former Banner Mesa Medical Center. In addition, she was the inaugural CEO of Banner Gateway Medical Center when it opened in 2007—now a staple of care in the East Valley and poised to double in size thanks to the foundation she helped build.

With each of these positions, her reputation grew as an approachable leader who fundamentally understood and helped shape teams to practice patient-focused care. Her career began in 1974 as a critical care nurse. She later transitioned into roles in staff development, clinical nurse specialty and management, and built a career that has culminated in a myriad of senior leadership positions. It’s clear that although she moved into the leadership space early in her career to help drive change and influence quality of care, she’s remained unwavering in her commitment to taking care of people.

Most recently, Kuhn led the company’s operations through the most difficult time in Banner history during the COVID-19 pandemic. She did so with grace, gratitude and grit. She was an honest and empathetic communicator, took decisive action and was a source of motivation in a time of unprecedented stress. Throughout it all, Kuhn stayed focused on Banner’s patients and team members, and showed them what can be accomplished when everyone works together toward a common goal.

“I am so very grateful to have been a part of the growth and development of Banner Health,” said Kuhn. “It’s an organization that I believe in, one with outstanding leadership, and one that I will continue to trust with the health care for my family members and me. Seeing Banner team members and sites of care everywhere I turn, I will have wonderful memories of my time with Banner Health and thoughts of the bright future ahead for the organization.”

Banner Health has engaged Heidrick & Struggles to conduct a national search to fill the role of system COO.

Learn more about this position or apply. 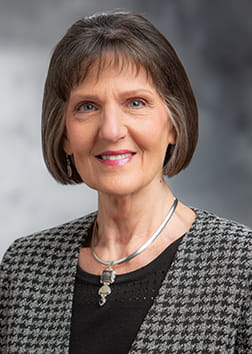