COVID patient returns to hospital for reunion after miraculous recovery

Patient required respiratory support and heart implant: "It reminds you of how fragile life is"

Note to editors/producers: High-resolution video interviews and b-roll for this story are available for download here.

PHOENIX (June 22, 2022) – On Tuesday, 49-year-old Neal Brown returned to Banner – University Medical Center Phoenix for an emotional reunion with some of his medical team after a tenuous battle with COVID-19.

At the beginning of this year, Brown and his family were having a relaxing New Year’s holiday skiing at Brian Head Resort in Utah. On New Year’s Day, Brown woke up with a headache, fever and flu-like symptoms, which would then turn into extreme fatigue a few days later.

What he initially thought would be a quick treatment for COVID became a frightening experience, beginning with having a heart pump implanted to support his heart after being diagnosed with acute myocarditis – an inflammation of the heart muscle.

Brown’s dire situation required a mobile extracorporeal membrane oxygenation (ECMO) team from Banner – University Medical Center Phoenix to transfer him from a hospital in Scottsdale. On the way to the hospital, the team placed him on a veno-arterial ECMO machine, used to help support heart and lung function.

Brown was extremely sick and he wondered how it got to this point. He was healthy and he was vaccinated.

“I don’t think anybody plans to wake up one day and then put their life completely on hold for a few months,” he said.

After almost two weeks in the intensive care unit, Brown was taken off the VA-ECMO machine and the heart pump was removed. A few weeks later, he was finally home after going through intensive rehab to relearn a lot of basic functions, including how to walk and feed himself.

“We didn’t know if he was going to make it or not,” said Marie Hilton, RN, one of Brown’s nurses. “It means a lot when we have a patient like this survive and is doing well and thriving outside the hospital.”

Brown credits his medical team for helping to get him back to where he is today, and hopefully back on the slopes in the near future.

“After an experience like that, you just come home and cry a lot,” he said. “And they’re just tears of joy and appreciation, and it reminds you of how fragile life is.” 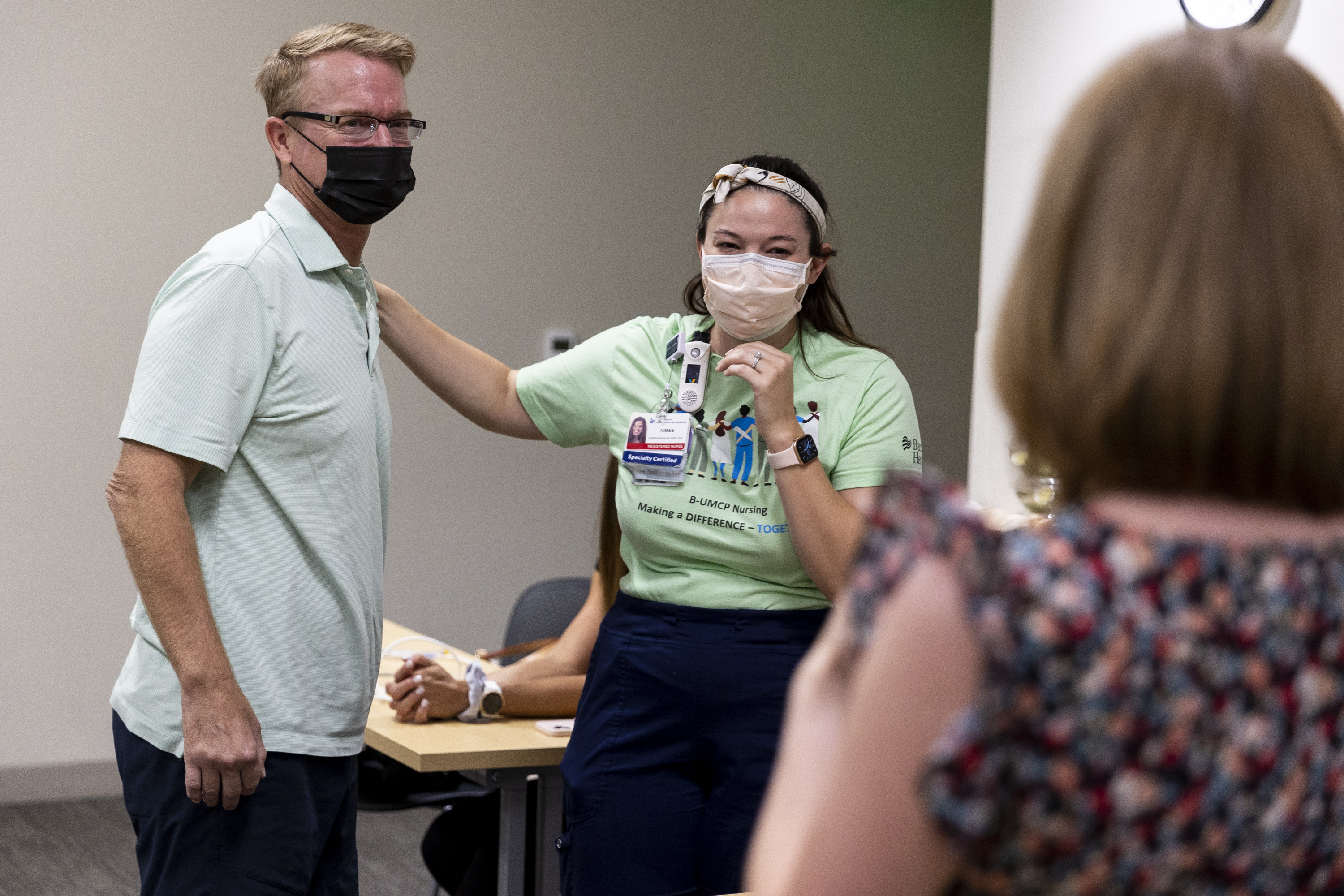 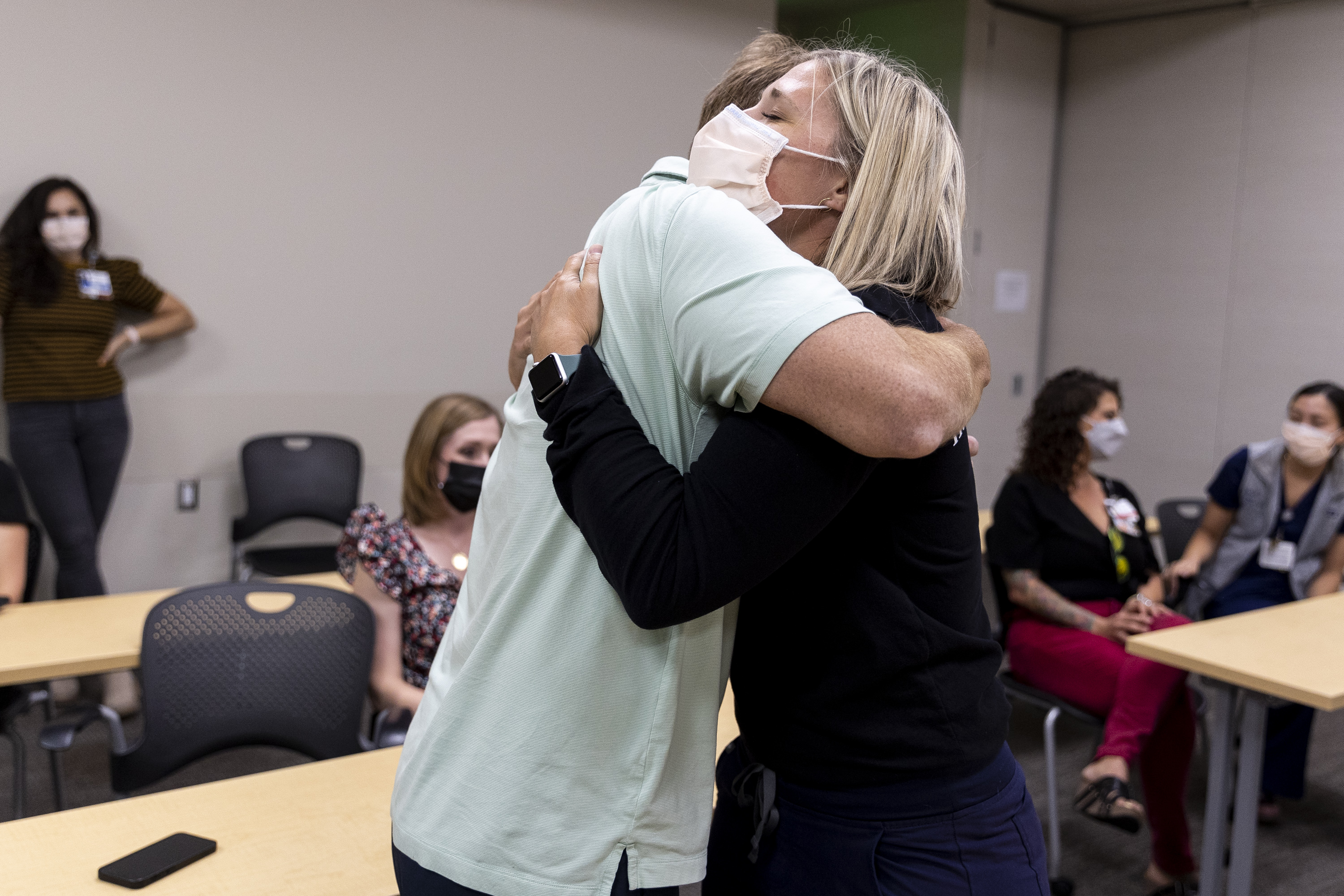 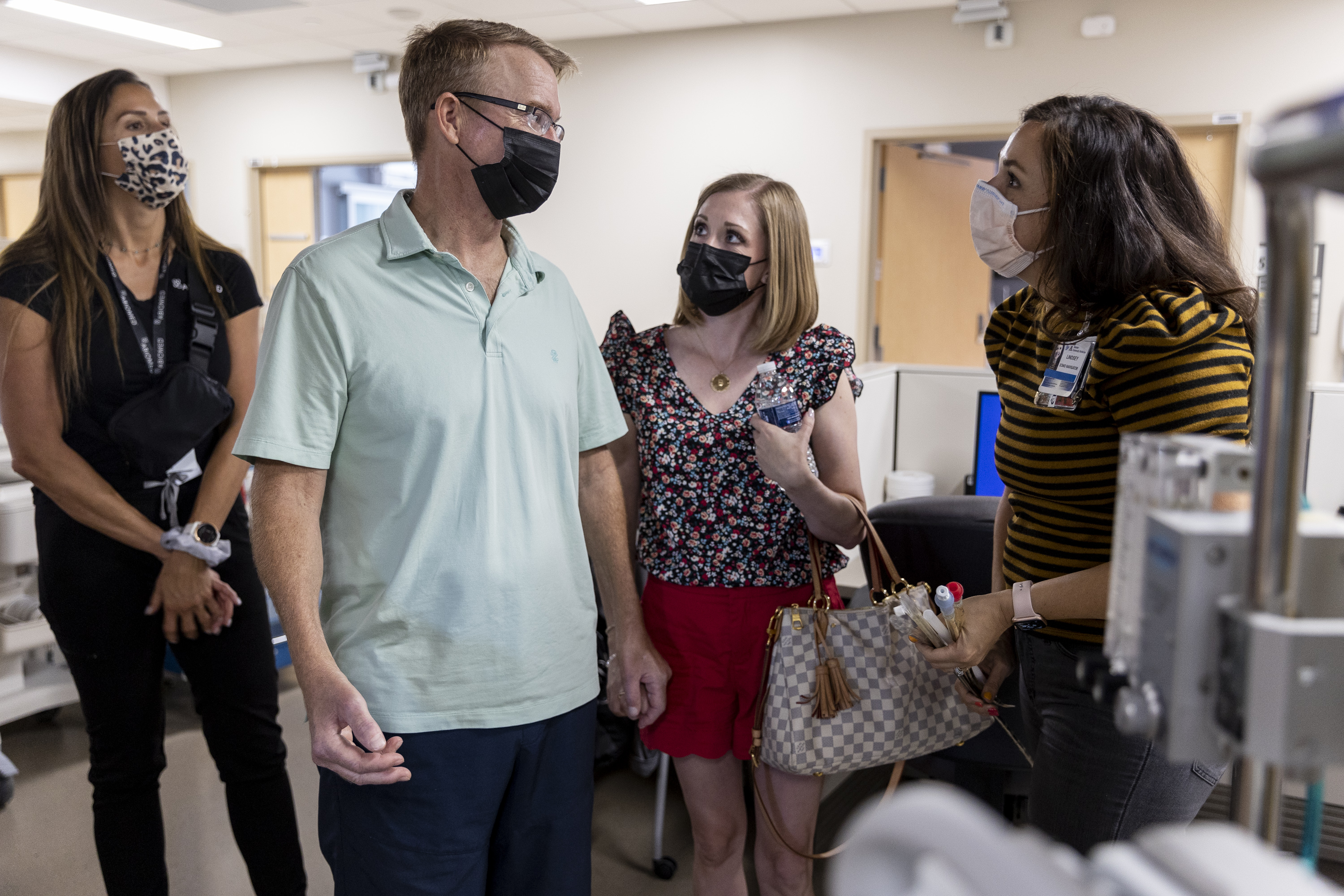 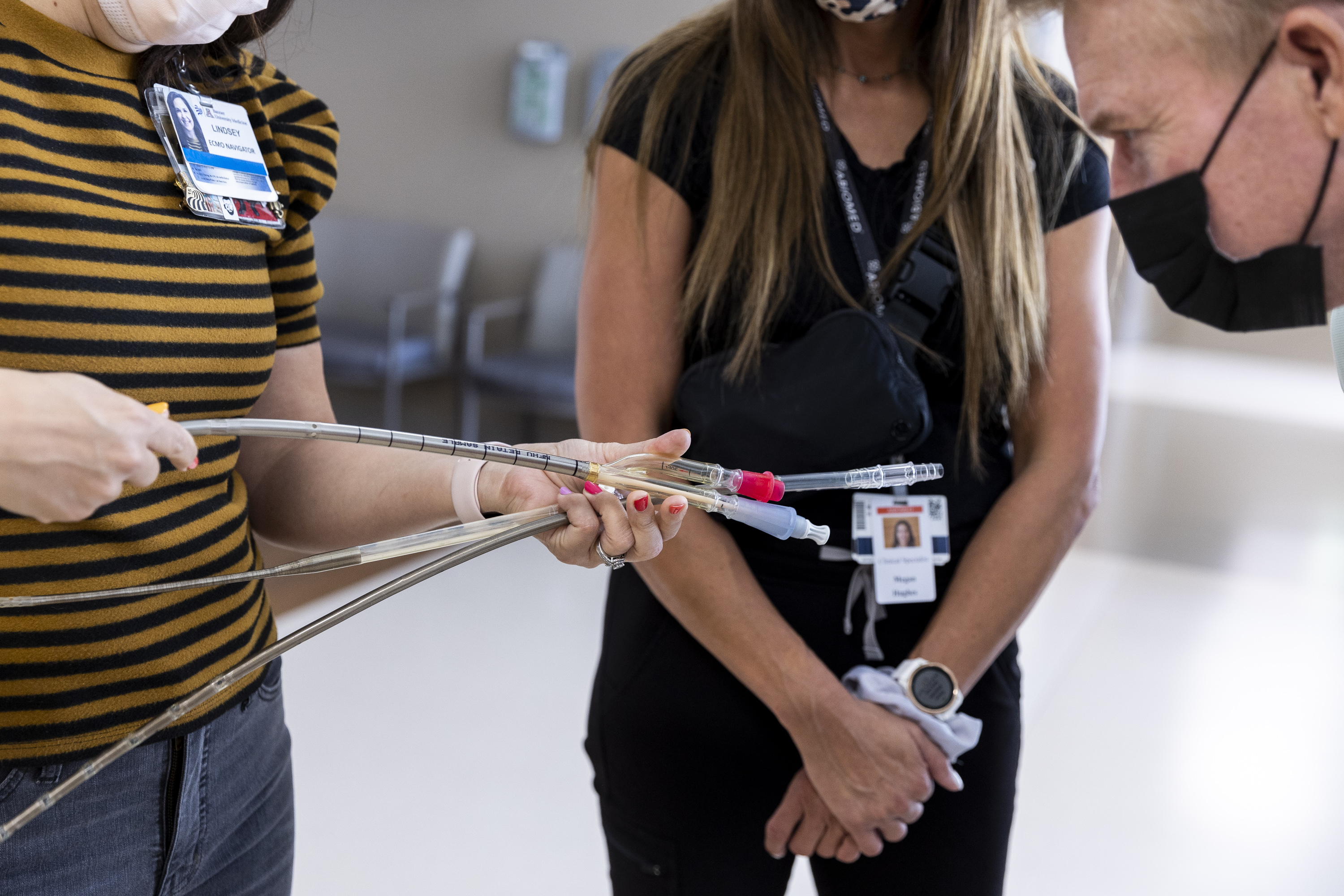 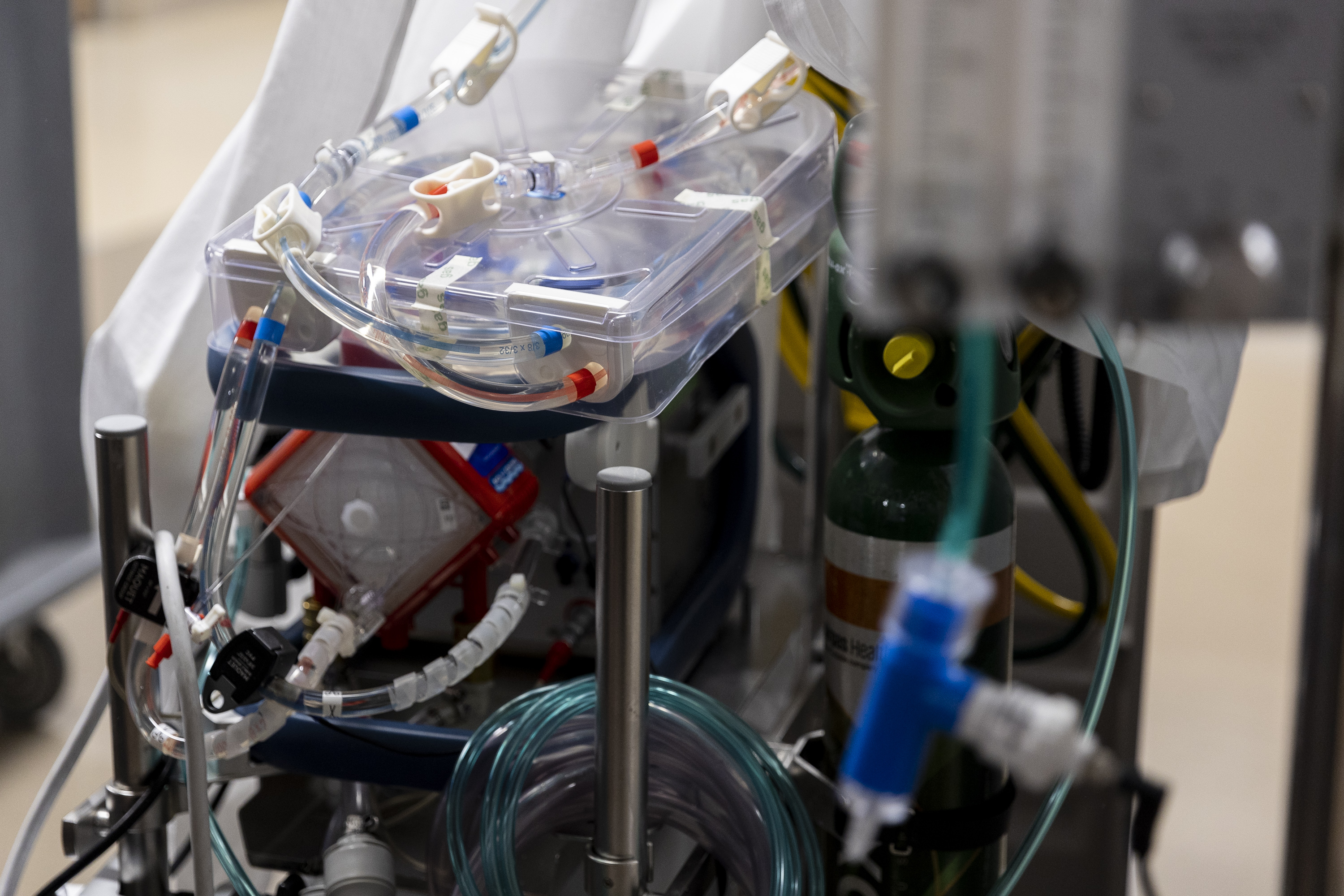 An ECMO machine in the intensive care unit
2.2 mb
JPG 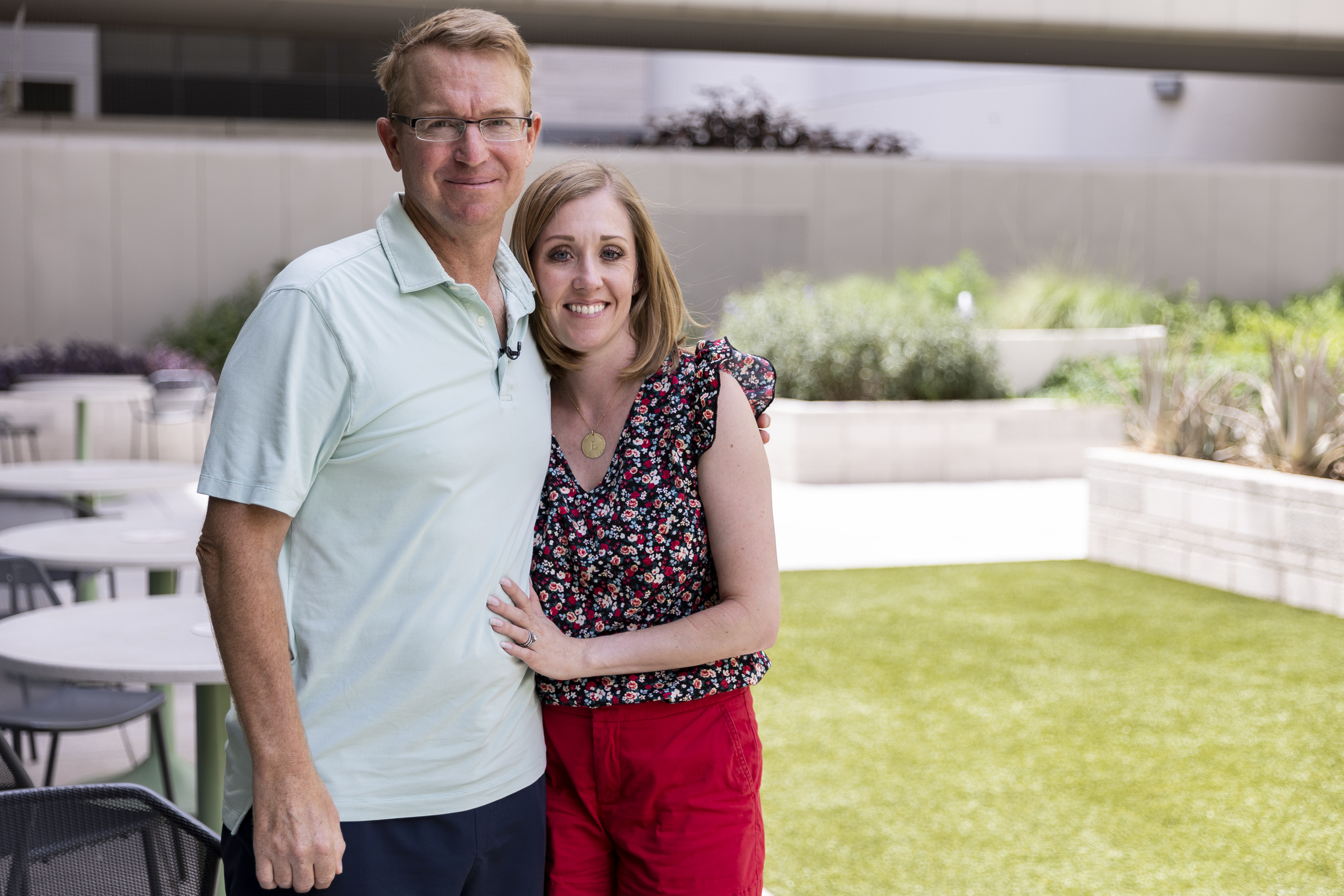