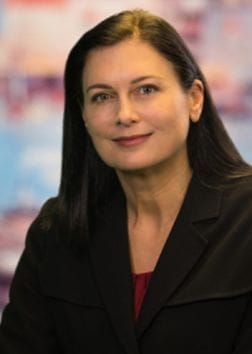 Amy Perry was appointed Banner Health’s president and chief operating officer on November 1, 2021. Prior to this, she served as Atlantic Health System’s executive vice president and CEO of the Hospital Division from February of 2017. During her tenure, Atlantic Health experienced record setting quality and financial results achieving the highest US News rankings in the state. She championed the development and implementation of a five-year strategic plan for the system that created a path to success under growing value reimbursement. Mission driven, she supported the expansion of medical education with a longitudinal integrated clerkship and research revenue growth of 36 percent. Her work to develop destination service lines and expanded points of access created a network of care for nearly 1 million unique lives. She promoted affordability and access by integrating care across the system and leading the development of an enterprise data platform to drive clinical excellence and operational performance. Most recently, she focused on driving consumer-facing digital solutions to create frictionless experiences.

Prior to joining Atlantic Health System, Perry was the executive vice president at LifeBridge Health in Baltimore, Maryland. Prior to LifeBridge, she had a twenty-year career at Mount Sinai in Miami, Florida.

Perry earned her Bachelor of Arts degree from the University of Minnesota, and her Master of Science in Health Services Administration from Barry University. She served on the Regional Policy Board of the American Hospital Association and the boards of the New Jersey and Maryland Hospital Associations.