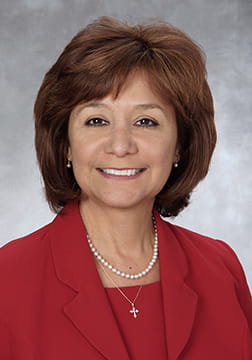 Flores, a seasoned health care executive with 30 years of industry experience, previously served as CEO of Banner Heart Hospital. Later, she served as an associate administrator at Banner Boswell and Banner Estrella medical centers. Prior to joining Banner Health, Flores was chief operating officer at Paradise Valley, West Valley and Phoenix Baptist hospitals, all in the greater Phoenix metropolitan area.

Flores began her career in health care as a human resources professional before transitioning to the hospital operations side of the industry.