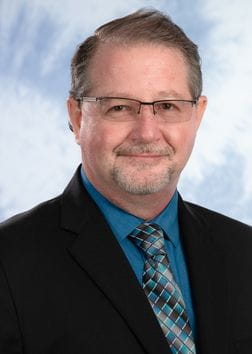 Ralph Parker was named CEO/CNO of Page Hospital in 2020.

Born and raised in a small town in Wyoming, Ralph understands rural areas and the need for high quality health care in the community. He joins us from his most recent role as CNO of Olympic Medical Center in Port Angeles, WA, and prior to that he served as CNO and chief clinical officer for Memorial Hospital of Carbon County in Rawlins, WY.

Ralph is no stranger to Banner, having worked previously in a variety of nursing and leader roles within our organization in the Phoenix area including Banner Thunderbird Medical Center, Banner Baywood Medical Center/Banner Heart Hospital and Banner – University Medical Center Phoenix (then Banner Good Samaritan).