Back To Network Leadership 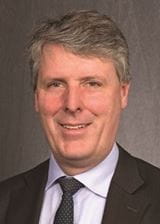