Does My Child Have ADHD or Are They Just Being a Kid? 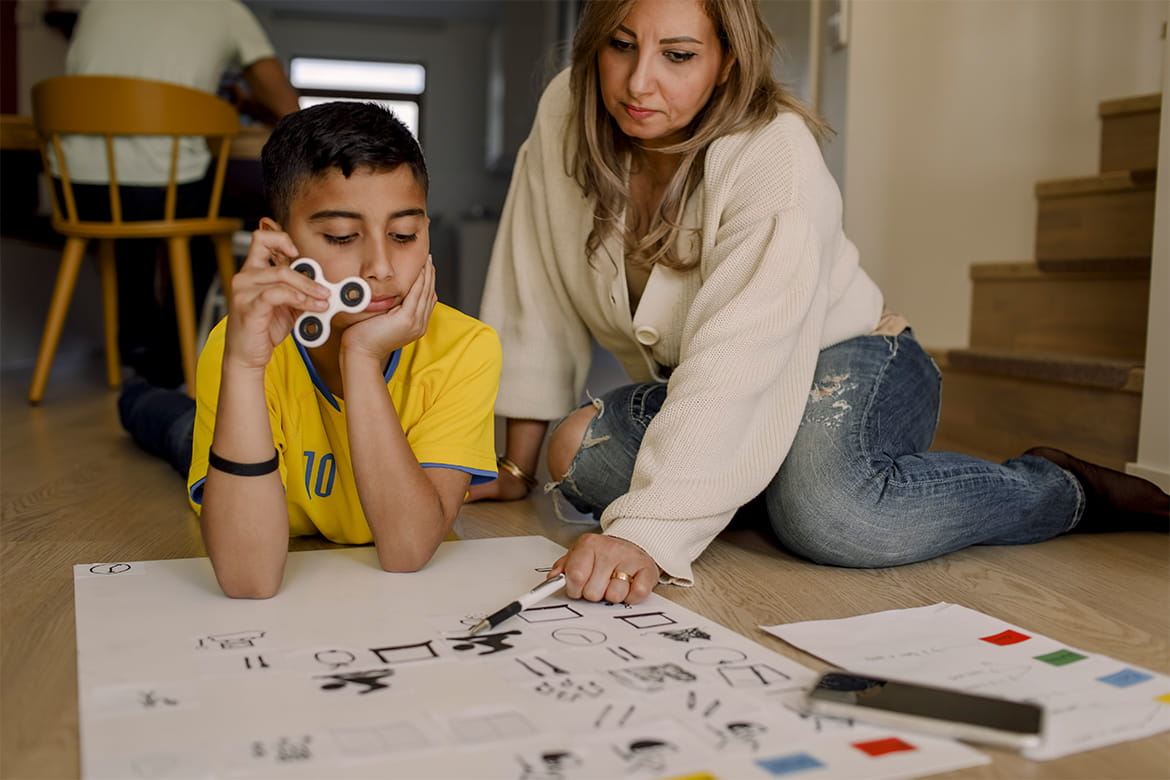 As a parent, it can be hard to tell the difference between childlike behavior and more serious problems, like attention-deficit/hyperactivity disorder (ADHD). Sometimes the key behaviors are seen in your kid’s attention span and energy level. Are they more inattentive or hyper than normal or are they just being a kid?

To help sort things out, we spoke with Adeola Adelayo, MD, a psychiatrist at Banner Behavioral Health Hospital in Scottsdale, AZ. She outlined the differences between the types of ADHD, the major warning signs a parent or caretaker should know and the important role of medication.

Types of ADHD and warning signs

First, it’s important to know that “attention deficit disorder,” or ADD, is no longer an official diagnosis. ADD used to refer to someone who had trouble focusing but wasn’t hyperactive. The American Psychiatric Association discarded the term in 2013, and now uses the term ADHD to include those with attention problems.

There are three main types of ADHD:

Recognizing the various types of ADHD

A child may have inattentive ADHD if they:

Dr. Adelayo said that in her experience, the simplest deciding factor here is whether a child’s academic achievement doesn’t match their IQ.

“If you know your child is smart in every other area — if they’ll be the ones to tell you all the lines of a movie, or pick up a video game and quickly get it, but with schoolwork, their performance is below their abilities — then it’s time to talk with your pediatrician and do more investigation,” she explained.

Hyperactive/impulsive ADHD, meanwhile, may be the issue if a child does the following:

“Our yardstick is always if safety is a concern,” Dr. Adelayo added. If a kid is so hyper that they’re hurting themselves, or they’re endangering themselves or others, that’s when a parent should begin investigating.

According to the Centers for Disease Control and Prevention (CDC), boys are twice as likely to be diagnosed with ADHD than girls However, in Dr. Adelayo’s experience, this doesn’t mean boys actually have ADHD more than girls do.

“I think we just have an expectation that boys will be boys,” Dr. Adelayo said. However, she noted that girls with hyperactive/impulsive ADHD usually get diagnosed earlier than boys, “because society isn’t expecting girls to be rough and tumble.”

The CDC also cited a 2016 national survey, which showed that 60% of kids with ADHD have at least one other mental, emotional or behavioral disorder, such as anxiety, depression, autism spectrum disorder or Tourette syndrome. So if your child has been diagnosed with any of these behavioral disorders, there’s a good possibility they may also have ADHD.

Parents often think their child will simply outgrow this hyperactive, impulsive or inattentive behavior. But when the issue is ADHD, it’s not about maturity. Dr. Adelayo explained that ADHD is a neurological issue — so saying “boys will be boys” is like saying “boys will have seizures.”

With other psychiatric problems — like depression, anxiety and bipolar disorder — behavioral therapy is usually the first step for treatment, with medication coming later. “But with ADHD medication comes first and everything else comes second,” Dr. Adelayo explained, describing medication as “the gold standard” for ADHD treatment.

Although parents may feel uncomfortable medicating their young child, Dr. Adelayo thinks the seizure comparison is helpful here: When your child’s brain just isn’t working the way it should, medication is important.

Your child may experience side effects such as a change in appetite, energy level and sleep patterns, but usually they will go away as the right dose is dialed in. Parents may think these medications have made their child sluggish. In this case, it’s important to just give it time. The parent may have never seen their child not acting hyperactive/impulsive, so that initial contrast can be jarring.

Working with parents regularly — and being a parent herself — Dr. Adelayo said fear and pride often get in the way of a child’s ADHD diagnosis. Parents don’t want their child to need help. And because people often see ADHD as just a behavioral issue, parents sometimes think the diagnosis is a judgment of their parenting. It’s natural to take it personally. But it shouldn’t end there.

A pediatrician with psychiatric training is crucial here. Not only do they have the needed training and experience, but they’re also an outside observer, noticing things you might miss. If you think your child may have ADHD, speak with their doctor or find a doctor at bannerhealth.com.

If you’d like to learn more, check out these related articles written with help from Banner Health experts.