Why Is My Nose Burning? 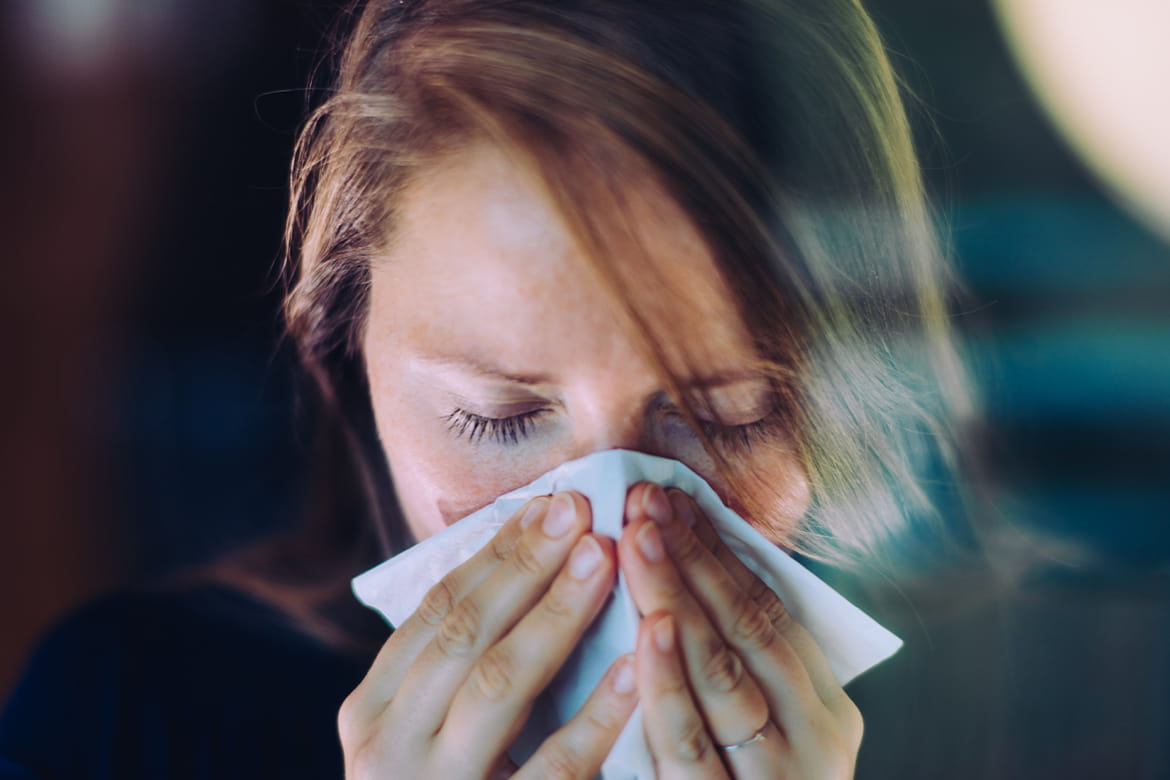 When someone says their “ears are burning,” that usually means someone nearby is talking about them. But what does it mean when your nose is burning? That can be more of a mystery.

Noses are sensitive instruments, and the world has a lot of odors, allergens and viruses that make our noses react in one way or another. While a burning nose is usually more of a bother than a huge worry, it’s good to know the exact cause and find the right treatment to match.

We spoke to Nora Odisho, DO, an allergy and immunology physician at Banner Health in Tucson, AZ, about the most common reasons people experience a burning nose sensation. Chances are you’ve had at least one of these before.

“Allergic and non-allergic rhinitis are definitely the more common causes of burning nose,” Odisho said. “Rhinitis” simply refers to inflammation inside the nose, and can be caused by pollens, irritants, dust, temperature changes and even strong odors and perfumes.

Non-allergic rhinitis has some similar symptoms — a runny or stuff nose, sneezing and postnasal drip — but tends to be a year-round condition, rather than seasonal.

There’s no catch-all “cure” for rhinitis. But you can definitely minimize it, by limiting your exposure to irritants, using nasal sprays or certain medications, and using an air purifier.

“Most of the medications we recommend should be used on a consistent basis, as they’re more effective when used this way,” Dr. Odisho said.

While rhinitis is about what’s happening inside your nose, sinusitis is about your sinuses, which are small, empty spaces behind your cheeks and forehead. Sinusitis is more commonly called a sinus infection. It includes the following symptoms:

When it comes to treating your sinus infection, there’s a chance it’ll go away on its own. But your doctor may prescribe antibiotics when the cause is bacterial.

Cause 3: Common viruses (cold and flu)

Viruses like the cold and flu share a lot of the same symptoms (sore throat, headaches, coughing, fever), but there are differences between them, which sometimes require different treatment methods. If you aren’t sure which virus you might have, it’s best to consult a physician.

Nasal sprays can be a big help when treating your burning nose, but yes, you can have too much of a good thing. Spray overuse, also known as rhinitis medicamentosa or “rebound congestion,” is pretty common. Dr. Odisho said these kinds of medications should always be used cautiously, and with a health care professional’s guidance.

If you have rebound congestion from spray overuse, you should stop using the spray. A doctor may prescribe new medications to treat your symptoms. If it’s an issue of long-term overuse, full recovery may take a full year.

Need help with a burning sensation in your nose?

If your nasal symptoms are accompanied by persistent fevers, vision changes or severe facial pain and/or weakness, you should see a medical professional as soon as possible.

You may also consider reading these related articles, written with help from Banner Health experts:

YOU MAY ALSO LIKE
These Tips Can Help You Get Used to Your Hearing Aid
An EpiPen Could Save Someone’s Life: Here’s When and How to Use One
Bad Breath? It Could Be Caused by Tonsil Stones
Did My Eardrum Rupture? Here’s How to Tell
Is My Nose Broken? Here’s How to Tell
How to Recognize and Treat a Sinus Infection (Sinusitis)
Featured
Advise Me
How Often Should You Wash Your Sheets to Keep Germs Away?
Better Me
Why Is My Nose Burning?
Inspire Me
Three Women, Three Final Treatments, Three Survivors
RECENT
Advise Me
Dating Violence: How to Protect Yourself or Your Teen
Advise Me
6 Exercise Tips to Keep You Moving in Cold Weather
Teach Me
What is Tianeptine (AKA Gas Station Heroin)?
Comments 0