The 5 Stages of Parkinson’s Disease 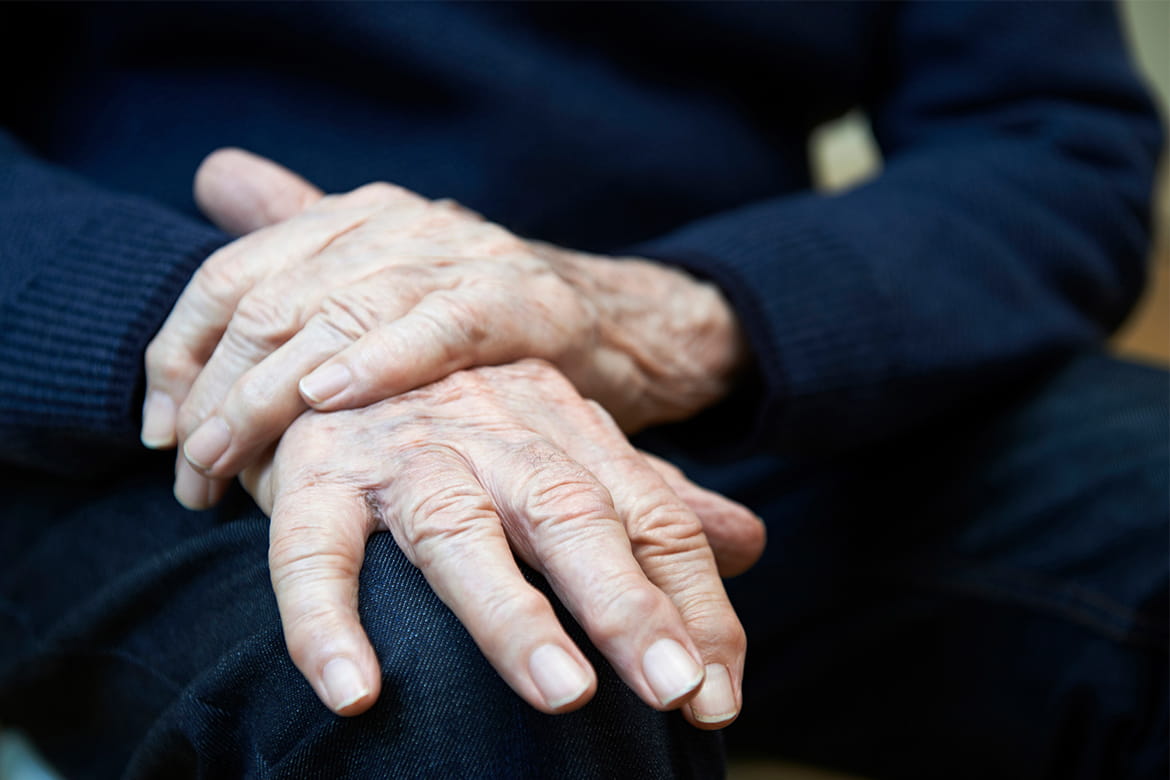 Getting older is underrated by most. It’s a joyful experience to sit back, relax and watch the people in your life grow up, have kids of their own and flourish. Age can be a beautiful thing, even as our bodies begin to slow down. We spoke with David Shprecher, DO, movement disorders director at Banner Sun Health Research Institute about a well-known illness which afflicts as many as 2% of people older than 65, Parkinson’s disease.

What is Parkinson’s disease?

“Parkinson’s is a neurological illness caused by degeneration or breaking down of cells in the nervous system,” explained Dr. Shprecher. “The nature of Parkinson’s disease is progressive, meaning that it gets worse over time. There is not currently a cure for Parkinson's disease.” To comprehend the natural progression of the disease in people with Parkinson's, we should understand its five stages, as explained by the Parkinson’s Foundation.

People with Parkinson's disease experience mild symptoms that generally do not interfere with daily living and activities. Tremor and other movement symptoms occur on one side of the body only. They may also experience changes in posture, walking and facial expressions.

Symptoms worsen, including tremor, rigidity and other movement symptoms, and affect both sides of the body. The person is still able to live alone, but daily tasks are more difficult and lengthier.

This is considered mid-stage. Individuals experience loss of balance and slowness of movements. While still fully independent, these symptoms significantly impair activities such as dressing and eating. Falls are also more common by stage three.

Symptoms are severe and limiting. Individuals may stand without help, but movement likely requires a walker. People in stage four require help with daily activities and are unable to live alone.

Stiffness in the legs may make it impossible to stand or walk. The person requires a wheelchair or is bedridden. Around-the-clock nursing care is needed for all activities. The person may experience hallucinations and delusions.

In 1817, Dr. James Parkinson published “An Essay on the Shaking Palsy” describing non-motor, as well as, motor symptoms of the illness that bears his name. “Parkinson’s is not just a movement disorder,” explained Dr. Shprecher. “Constipation, impaired sense of smell, and dream enactment can occur years before motor symptoms of Parkinson’s. The latter, caused by a condition called REM sleep behavior disorder, is a very strong risk factor for both Parkinson’s and dementia (with a greater than 70% lifetime risk). This has prompted us to join a consortium of centers studying REM sleep behavior disorder.”

Depending on severity, life can look very different for a person coping with Parkinson’s disease. As a loved one, your top priority will be their comfort, peace of mind and safety. Dr. Shprecher offered some advice, regardless of the disease’s progression.“Besides movement issues Parkinson’s disease can cause a wide variety of symptoms including drooling, constipation, low blood pressure when standing up, voice problems, depression, anxiety, sleep problems, hallucinations and dementia. Therefore, regular visits with a neurologist experienced with Parkinson’s are important to make sure the diagnosis is on target, and the symptoms are monitored and addressed. Because changes in your other medications can affect your Parkinson’s symptoms, you should remind each member of your health care team to send a copy of your clinic note after every appointment.”

Dr. Shprecher also added that maintaining a healthy diet and getting regular exercise can help improve quality of life. Physical and speech therapists are welcome additions to any caregiving team.

You are not alone

Caring for a loved one or coping with Parkinson’s disease yourself can be scary, confusing and isolating. Banner Health specialists are experienced and ready to help in whatever capacity you need. Set up your appointment today.

YOU MAY ALSO LIKE
How to Avoid Caregiver Burnout During Busy Times
How Caregivers Can Get Support From Family and Friends During Busy Times
Neurofibromatosis: What to Know About This Genetic Disorder
5 Tips to Help Encourage Your Baby to Crawl
How Robopets Can Help People with Memory Issues Feel Less Lonely
Peripheral Facial Palsy: Ramsay Hunt Syndrome Vs. Bell’s Palsy
Featured
Advise Me
How Often Should You Wash Your Sheets to Keep Germs Away?
Better Me
Why Is My Nose Burning?
Inspire Me
Three Women, Three Final Treatments, Three Survivors
RECENT
Advise Me
How to Grieve Someone Who Was a Negative Part of Your Life
Advise Me
Does Your Child Need Medical Care or Can You Treat Them at Home?
Teach Me
What Are Braxton Hicks Contractions?
Comments 0