Preston’s medical team saw how much support she received from her fiancé Angel Aguilar during her extensive treatment for late-stage osteosarcoma, a type of bone cancer. They also knew how much love Preston felt for their toddler son, Odin, and wanted to help the family. Planning a safe wedding in Preston’s condition would be tough, especially during a pandemic.

“I said, ‘You're coming in for a long day of transfusions on Friday. Why don't you let us throw the wedding here at the clinic?’” said Amy Mabry, nurse practitioner at the pediatric oncology center at Banner Thunderbird Medical Center. “She kind of got a sparkle in her eye, and she said, ‘Really?’ And I said, ‘Yeah, we'll totally figure it out for you.” 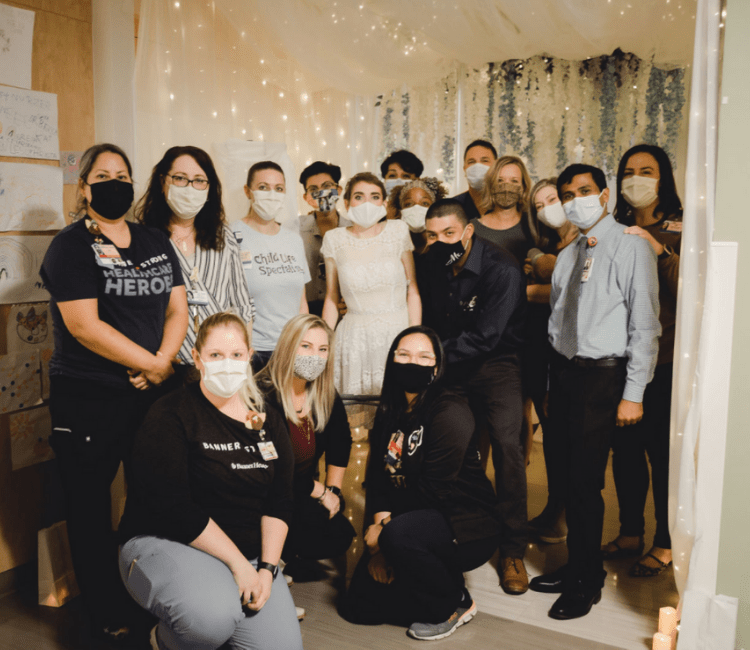 “After getting her okay, it was time to pedal to the metal,” said Mabry. “We just wanted to make sure that as amazing as Sam is, she got to experience a special day for her, Angel and their son Odin.”

The team received a lot of help from Smiles for Miles, a nonprofit group that helps children fighting cancer. The organization “was instrumental in helping us to get all the decorations and setting things up,” Mabry said.

An area at the hospital traditionally used as a gathering spot for families was quickly transformed into a beautiful venue for the couple to tie the knot. The team helped Preston get her makeup professionally done, and a local photographer captured every sweet moment between the family. 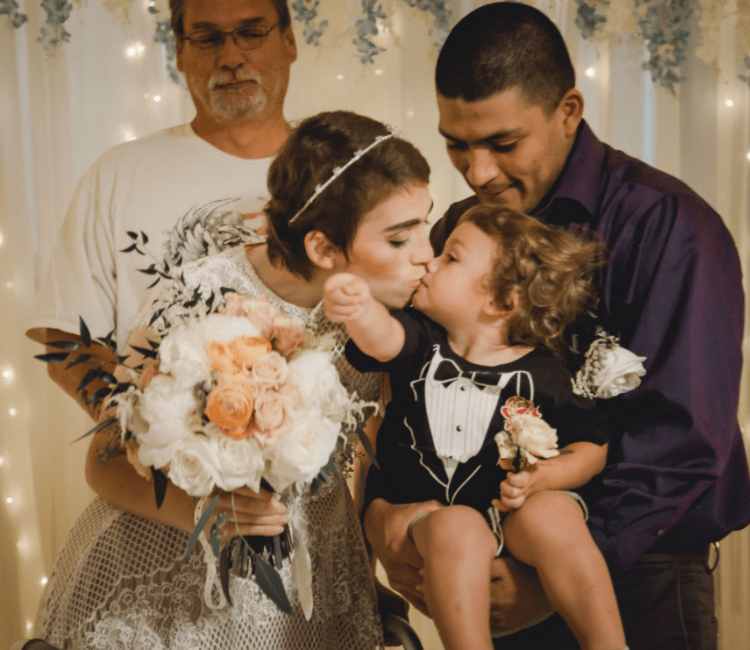 “They just completely went all out with the decorations, and they had it all planned where they would cover up my (IV) pole, hiding the transfusion going on. It was just so magical!” said Preston. “And I told them if they wouldn't have done what they did, I would have just gone out for dinner after getting the papers from the courthouse.”

Smith said helping to plan the special day was an honor. “Being a part of Sam’s wedding made history for me and my team, as it’s not very often that pediatric patients -- or adult patients under pediatric care, in Sam’s case -- get married,” said Smith, whose team has helped to plan proms, quinceñeras, tea parties and more. “This is a first for a wedding!”

Preston’s cancer journey began when she woke up one night with excruciating pain in her right leg, leading to a hospital visit. She was diagnosed with a broken femur, and the biopsy confirmed osteosarcoma, which begins in the cells that form in bones. Her cancer treatment began in August 2019 at pediatric oncology centers at Banner Children's at Desert in Mesa and Banner Thunderbird Medical Center. Samantha spent a considerable time receiving chemotherapy to treat her osteosarcoma at Banner Thunderbird in the care of Dr. Pablo Angulo, pediatric medical oncologist.

Preston and her family recently moved to New Hampshire to be closer to relatives. She remains determined to stay upbeat in spite of her health challenges. 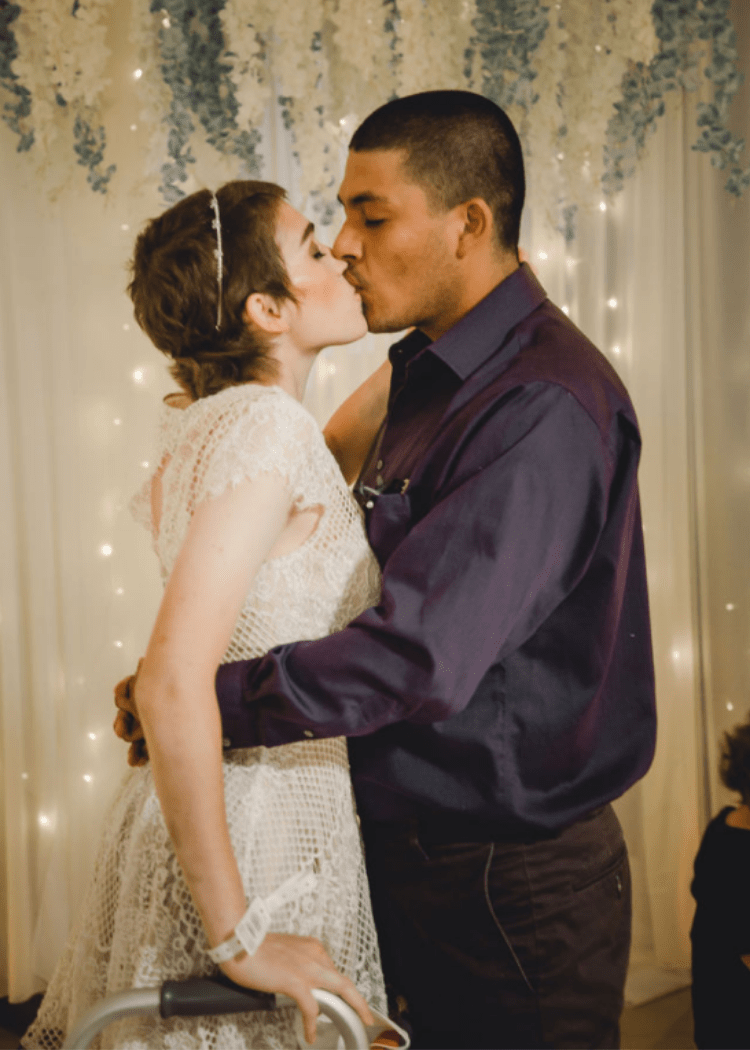 “I just always wanted to remember to overcome adversity with a positive attitude, because that's what's going to get you through it the easiest,” said Preston. “You know, everybody has their problems, no matter what it is. Yes, I'm going through cancer, but there are other families now going through COVID. There are families who have been going through cancer or other issues for way longer than I have. And you just need to remember, always stay positive no matter what situation or obstacles you have to go through.”

3
What Is the Difference Between a Cyst and a Tumor
What Is a Pap Test? Here are 6 Things to Know
Benefits of Quitting Smoking (Hint: It Can Start Within Minutes)
Here’s Why Sunburns Are So Dangerous and How You Can Protect Yourself
Here’s the Surprising Truth Behind These 13 Myths About Melanoma
Featured
Better Me
Why Is My Nose Burning?
Inspire Me
Three Women, Three Final Treatments, Three Survivors
Teach Me
Why Your Heart Rate Goes Up When You’re Sick
RECENT
Better Me
How Much Spotting or Bleeding Is Normal During Pregnancy?
Advise Me
How to Get Over Your Weight-Loss Plateau
Teach Me
Here’s the Best Way to Spot Signs of Skin Cancer
Comments 0