PMS or Pregnant? How You Can Tell the Difference 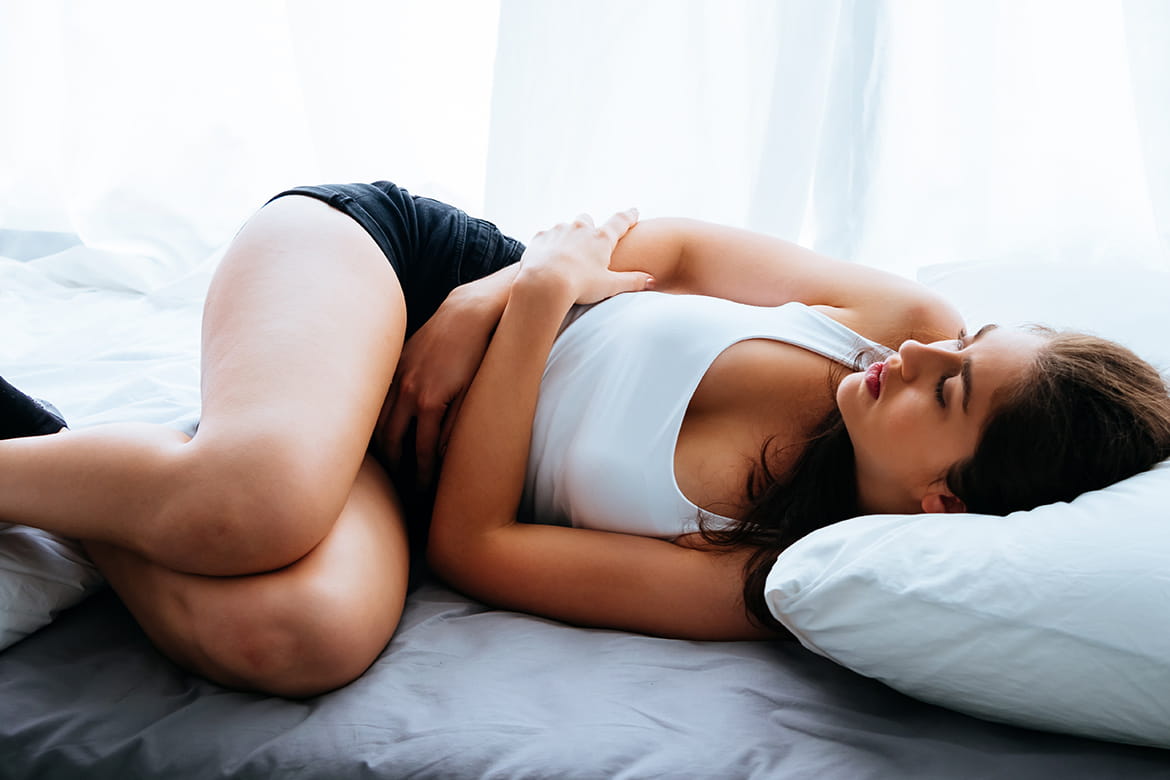 “Wait, am I getting my period, or am I pregnant?”

One of the most common  early signs of pregnancy is a missed period. But all women know, it isn’t that simple. There are a lot of subtle signs that could indicate it’s that ‘time of the month’ or that you’re pregnant—or even that something else may be going on.

“There are some distinct differences when it comes to pregnancy and premenstrual syndrome or PMS symptoms, but some can be very subtle and can vary woman to woman,” said Robin Giles, a certified nurse practitioner with Banner – University Medicine North in Tucson, AZ.

Whether you’re anxious to have a baby or not, wondering can certainly be nerve-wracking. Here are some ways to help spot the differences and next steps on what to do. 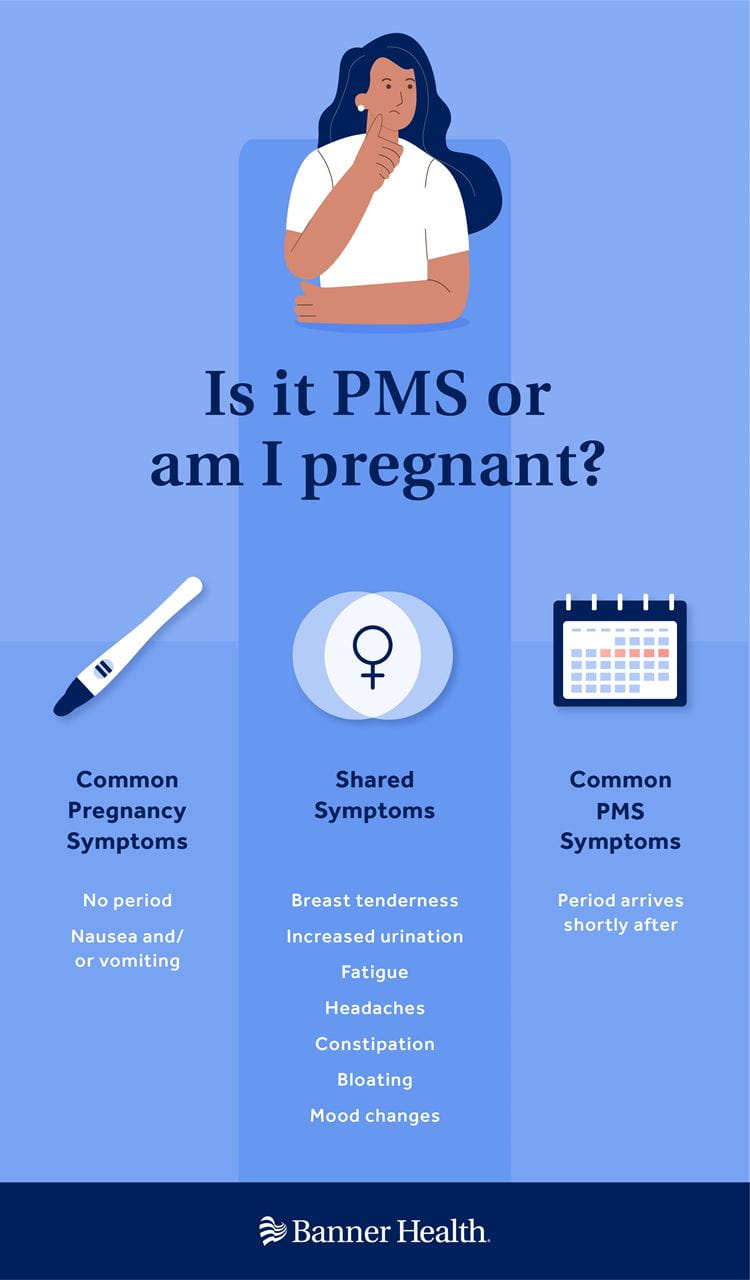 Similar symptoms of PMS and pregnancy

The signs and symptoms of PMS and early pregnancy can be similar but can vary from one woman to another. Some of the common related symptoms for the two are:

PMS occurs in the second half of a woman’s cycle and can include physical, behavioral and emotional symptoms.

“Typically, women may have mild symptoms prior to the onset of their period each month, such as breast soreness, fatigue, bloating and decreased mood,” Giles said. “If your symptoms are more severe than that, it could be premenstrual dysphoric disorder, or PMDD, a more severe form of PMS.”

While your breasts may feel tender during PMS, they can be tender during early pregnancy as well. “You may also be pretty fatigued,” Giles added. “The key difference between the two, however, is that with pregnancy, your period doesn’t occur.”

Nausea is also a symptom that can accompany pregnancy and is often not experienced with PMS. “The nausea in early pregnancy often resolves after the 12th week of gestation,“ Giles said.

If you skip your cycle or have irregular periods and you’re not pregnant, there could be several other reasons. Some of the most common things to cause a change in the usual pattern can be fluctuations in your weight, hyper- or hypothyroidism, extreme stress and extreme exercise. Some hormonal methods of contraception can also affect your periods. There is a medical condition called polycystic ovarian syndrome, or PCOS, where women often stop getting their periods or have irregular cycles.

“It’s always a good idea to see your health care provider if you’re not having a regular monthly period,” Giles said. “We can do a workup for irregular cycles or for absence of menstrual cycles (amenorrhea) that may include a blood test and a pelvic ultrasound. It’s important to get treatment for amenorrhea or irregular cycles to prevent a condition known as endometrial hyperplasia. There are many treatment options to prevent this from happening.”

If you’re not using birth control, are sexually active and your period is late or missed, it is advisable to do a home pregnancy test. If your test is negative, your doctor can help further investigate the cause for your symptoms. If your test is positive, make an appointment with your health care provider to confirm your pregnancy.

“Your provider will do a urine pregnancy test in the clinic and, if warranted, a blood test to detect the level of hCG (a pregnancy hormone),” Giles said. “It’s important that if you’re not using contraception and are sexually active that you take a prenatal vitamin, stop smoking and drinking and do not use any recreational drugs. Fetal development begins even before you may know you are pregnant.”

Schedule an appointment with an OBGYN near you.

For more helpful tips about your period and/or pregnancy, check out:

YOU MAY ALSO LIKE
What Are Braxton Hicks Contractions?
6 Conditions That Affect Men More Than Women
Is It OK to Change Your Doctor Mid-Pregnancy?
Getting Pregnant After Age 35
Understanding Your Birth Control Options
Recovering Your Sex Life After Breast Cancer
Featured
Advise Me
How Often Should You Wash Your Sheets to Keep Germs Away?
Better Me
Why Is My Nose Burning?
Inspire Me
Three Women, Three Final Treatments, Three Survivors
RECENT
Teach Me
Why Do I Keep Getting Strep Throat?
Teach Me
Are You at Risk for Infection with the Epstein-Barr Virus?
Teach Me
What Parents Should Know About the Germs That Cause Scarlet Fever
Comments 0