Signs You Have a Deviated Septum 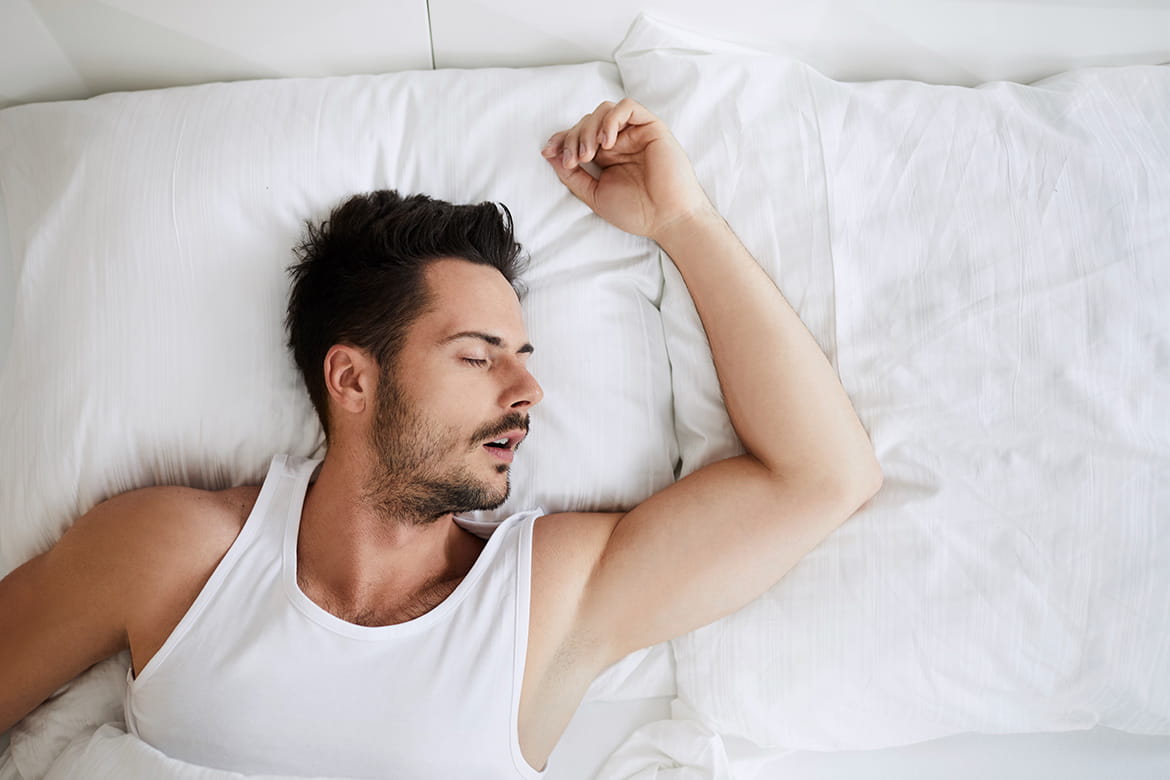 “Stop and smell the roses,” may be a cliché, but if you’re grappling with chronic nasal congestion or other symptoms that make it hard to breathe—you really may not be able to smell them.

One culprit for this could be a deviated septum. The bone and cartilage that divide the inside of our nose are called the nasal septum. In a perfect world, these two nasal passages would be equal in size. But, as with everything in life, not everything is created equal.

Roughly 80% of people have nasal septums that are off-center. The good news is that not everyone who has a deviated nasal septum will have symptoms, but there are a few where this condition can make it hard to breathe and cause other problems too.

To better understand the symptoms of a deviated septum and how to treat it, we sought the expertise of Bruce Stewart, MD, an ear, nose and throat doctor at Banner Health in Arizona.

What are deviated septum symptoms?

“The most common symptom is nasal congestion—most often one nasal passage is worse, but congestion on both sides of the nose is possible,” Dr. Stewart said. “It can also increase your risk of sinus infections.”

If you believe you are among the few who might be experiencing problems, symptoms of a deviated septum include:

What causes a deviated septum?

Some people are born with a deviated septum, because their nose developed that way in the womb, while others can be caused due to trauma or injury to the nose—whether during birth or later in life.

How is a deviated septum fixed (treated)?

Some mild cases can be treated with decongestants or nasal steroids, while others may require surgery, or septoplasty and/or rhinoplasty, to straighten the septum and nose. Your primary care provider or an ear, nose and throat specialist will examine your nose—inside and out—to determine next steps.

“A deviated septum doesn’t have to be treated, but if you are bothered by the symptoms you should be evaluated by an ear, nose and throat specialist,” Dr. Stewart said. “If you sustain a nasal injury and have urgent symptoms, such as persistent nosebleeds, severe pain, neurological or eye symptoms, you should seek immediate medical care.”

What can I expect post-surgery?

If non-surgical treatments aren’t successful, your doctor may recommend surgery to correct a deviated septum. This type of procedure is performed in an outpatient setting.

“Some people do experience some pain, swelling and congestion the first week, but usually you’ll be up and ‘running’ about 1 to 2 weeks post-op,” Dr. Stewart said.

If you suspect you have a deviated septum, it doesn’t hurt to consult your doctor for an evaluation. Get the care you deserve so you can stop and smell the roses once again. To find a Banner Health ear, nose and throat specialist, visit bannerhealth.com.

Are your sinuses bothering you? Check out these related articles:

YOU MAY ALSO LIKE
These Tips Can Help You Get Used to Your Hearing Aid
Bad Breath? It Could Be Caused by Tonsil Stones
Did My Eardrum Rupture? Here’s How to Tell
Understanding Your Birth Control Options
Is My Nose Broken? Here’s How to Tell
How to Recognize and Treat a Sinus Infection (Sinusitis)
Featured
Advise Me
How Often Should You Wash Your Sheets to Keep Germs Away?
Better Me
Why Is My Nose Burning?
Inspire Me
Three Women, Three Final Treatments, Three Survivors
RECENT
Teach Me
Why Do I Keep Getting Strep Throat?
Teach Me
Are You at Risk for Infection with the Epstein-Barr Virus?
Teach Me
What Parents Should Know About the Germs That Cause Scarlet Fever
Comments 0