What the Color of Your Snot Tells You About Your Health 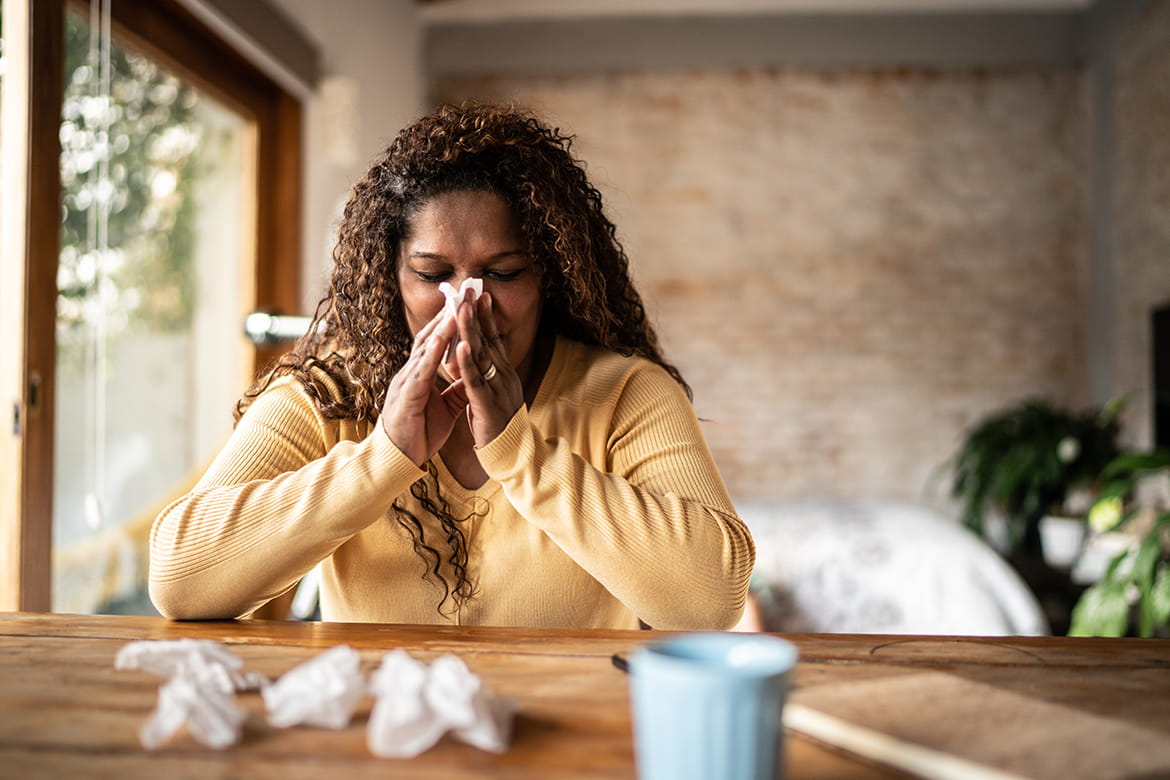 It’s OK to admit it. Raise your hand if you’ve taken a peek at a used tissue after blowing your nose.

As gross as this may be to admit, plenty of people sneak a peek at their snot, or nasal mucus. That’s because it plays an important role in your body.

Why you shouldn’t sniff at snot

“Nasal mucus has a protective function for your airway and protects against viruses, bacteria and irritants like dust and debris from entering the nasal passages and lungs,” said William Culver, MD, an adult and pediatric allergist and immunologist at Banner Health Clinic in Loveland, CO.

If you happen to develop extra mucus, such as when you have a cold or allergies, your body makes more to trap the germs or irritants and get them out of your body. While it may be an annoyance at the time, excess mucus can be a sign of your immune system in action.

What the color of your snot means

Whether you’re prone to bloody noses, allergies or have a little booger factory at home (e.g., your child), you’re bound to notice changes in the color and consistency of nasal mucus as well. It can sometimes be an array of colors, from red to green and black to yellow.

These changes can tell you a lot about an illness or infection you’re fighting and any situations or activities that may be affecting you. Although your health care provider won’t use your nasal mucus as a primary diagnosis, it’s important to be aware of any changes as it could indicate something is up with your health. Your snot color could indicate you’re fighting off allergens, you have a cold or a sinus infection or maybe you have dry nasal passages or are dehydrated.

“As with any bodily part, you should be aware of what is ‘normal’ for you and distinguish any deviation from that,” Dr. Culver said.

The next time you sneak a peek at your used tissue, here’s what to know about the texture and color of your snot:

Most of the time you won’t even notice mucus doing its job unless you notice more mucus and phlegm. “Increased amounts of clear mucus are often part of an allergic reaction,” Dr. Culver said.

White snot is an indicator of slow-moving mucus or a sign that you’re dehydrated. “If the salt water is evaporated or dried out, what is left is the white mucus,” Dr. Culver said. “This is usually not something to be too concerned about.”

“Pink or red snot is most likely related to blood from a dried out or irritated nose,” Dr. Culver said. This can occur from continual blowing of your nose, damage or trauma such as picking your nose.

If you see green or yellow mucus or phlegm, it may be a sign your body is fighting a viral infection or allergies but also may resolve on its own, Dr. Culver said.

“The color comes from white blood cells that are battling viruses, bacteria and irritants,” he said. “When they’ve done their job, they get flushed out of your body along with the virus.”

Saltwater irrigation or saline nasal spray of the nose may reduce or eliminate the colored mucus and hasten your return to a “normal state.” However, if this mucus persists for more than 7 to 10 days and includes congestion, sinus pressure, headache, fever and other symptoms, it could be a bacterial infection or sinusitis.

Dried blood may give your nasal mucus a brown tinge of color. “Outside irritants such as dust and dirt will also make it a brownish color,” Dr. Culver said.

Similar to brown snot, black nasal mucus can be the result of dried blood or from inhaling something dark like cigarette smoke, smog or dust. However, in some cases, it could also be a symptom of a fungal infection, which tend to affect those with a compromised immune system. Dr. Culver said if your symptoms continue, you should talk to your health care provider.

When you should see your provider

Embarrassing or not, it’s important to be in touch with your body—and your snot. If you notice changes and have concerns, you should always consult with your health care provider.

“In addition, if you have found that hydration, saltwater irrigation of the nose and/or the use of allergy medicine don’t return your nasal mucus back to normal, a medical evaluation is recommended,” Dr. Culver said.

YOU MAY ALSO LIKE
6 Exercise Tips to Keep You Moving in Cold Weather
These Tips Can Help You Get Used to Your Hearing Aid
An EpiPen Could Save Someone’s Life: Here’s When and How to Use One
6 Conditions That Affect Men More Than Women
Scoop on Poop: 5 Things to Know About Your Poop
These Core Exercises for Seniors Can Help Prevent Injuries
Featured
Advise Me
How Often Should You Wash Your Sheets to Keep Germs Away?
Better Me
Why Is My Nose Burning?
Inspire Me
Three Women, Three Final Treatments, Three Survivors
RECENT
Advise Me
Dating Violence: How to Protect Yourself or Your Teen
Advise Me
6 Exercise Tips to Keep You Moving in Cold Weather
Teach Me
What is Tianeptine (AKA Gas Station Heroin)?
Comments 2