What Is a PSA Test and What Do the Results Mean? 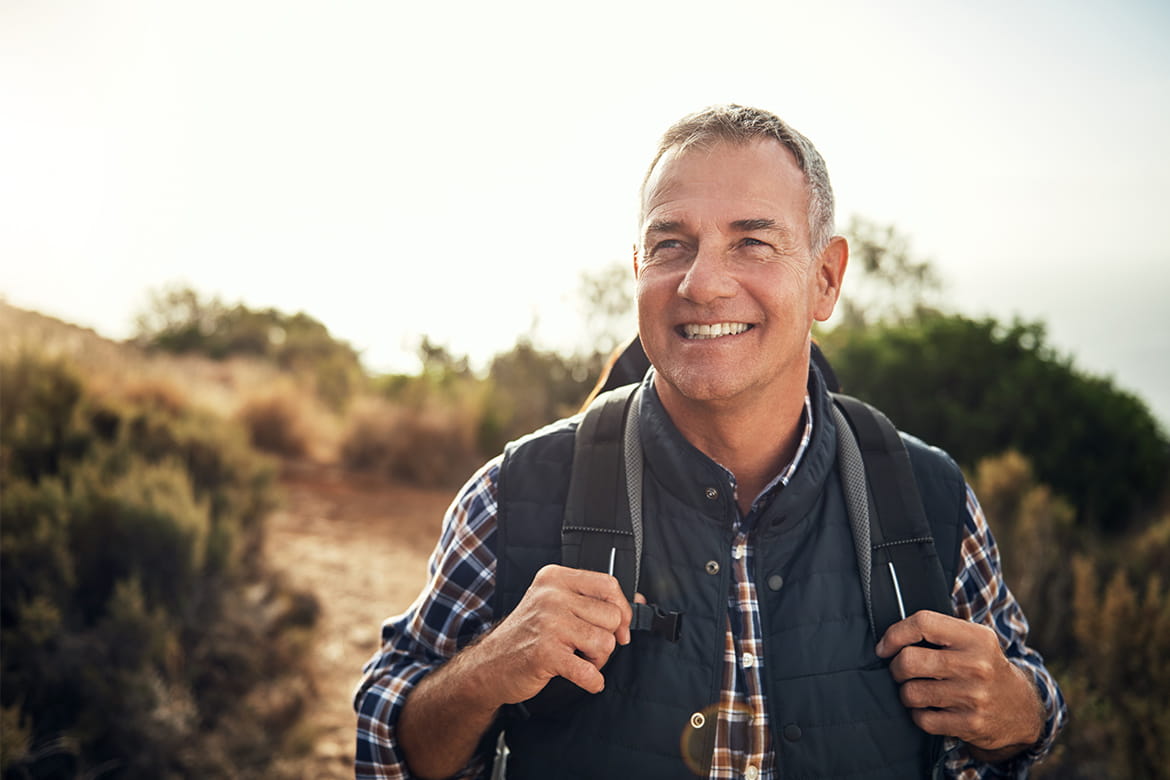 How’s your prostate? When it comes to good health, are you keeping score?

Prostate cancer is the most common cancer among American men, with the exception of skin cancer, with 60% of cases being diagnosed in men over age 65.

Tracking your prostate specific antigen (PSA) test results over time could help aid in overall health and early cancer detection and treatment. Surprisingly however, there has been some debate about the risks and benefits of routine annual prostate cancer screenings.

Although many men with prostate cancer have elevated PSA levels, a high concentration of PSA doesn’t necessarily mean there is cancer. Some experts have said this has led to unnecessary biopsies and overtreatment, which can have adverse effects.

So, is it worth getting a PSA test?

“It’s not a perfect screening tool, but if used wisely, it can significantly reduce a man’s risk of dying,” said Joseph Mashni, MD, a urologic oncologist at Banner MD Anderson Cancer Center at Banner Gateway Medical Center. “Ultimately, the decision to screen is a personal and complex one, but it is important to talk about it with your doctor to weigh the pros and cons. Urologists are very mindful of potential risks, as such we are careful who we screen and how we monitor patients.”

If you are considering a PSA test, here’s what you should know and how to interpret the results.

What is a PSA test?

A PSA test is a simple blood test that measures the amount of the PSA protein in a man’s bloodstream.

“PSA is made in the prostate gland, which is between the bladder and the urethra, and helps a man’s ejaculated sperm travel more easily, increasing their likelihood of successfully fertilizing an egg,” Dr. Mashni said. “It is made in both normal and cancerous prostate tissue and some is released into the blood.”

Prior to a digital rectal examination (DRE), you’ll be sent to the lab to have a small amount of blood taken. Your doctor will discuss the results and perform a DRE to feel the size of your prostate and feel for nodules (lumps) or any irregularities.

What age should I start getting tested?

What is a “normal” PSA result?

There is no “normal” level of PSA in the blood, and levels can vary over time and from person to person.

“I tell patients that the only normal PSA level is if your prostate is removed and the level is 0,” Dr. Mashni said. “You can’t look at just the number and know if you have cancer or not. We interpret the number by taking into consideration many factors.”

When reviewing the PSA test results, some of the factors your doctor will look at include:

What can raise PSA levels?

While high PSA levels aren’t always a direct indicator of cancer, it can be a sign of other common prostate problems.

One of the causes may be due to benign prostatic hyperplasia, or BPH, which is an enlargement of the prostate gland. BPH is very common in men over age 50, which is why a DRE is a fundamental part of testing.

Aside from an enlarged prostate, other reasons for raised PSA levels could be due to a DRE performed prior to the lab draw, certain infections, sexual activity and chronic inflammation.

What is the controversy surrounding PSA tests?

A lot of the debate and confusion about PSA screenings started in 2012 when the U.S. Preventative Service Task Force (USPSTF) recommended PSAs not be checked. The USPSTF is a group of doctors, although there was not a urologist, who looked at sample studies and measured the benefits versus harm done due to unnecessary biopsies. Then in 2018, the USPSTF revised recommendations, stating men ages 55-69 should be checked after they discuss the benefits and risks with their doctors.

These changes certainly caused challenges for providers but also for older men who weren’t sure whether they should get screened.

“To clarify, urologists are very careful on who we biopsy and are very concerned about infection,” Dr. Mashni said. “Biopsy is still needed to definitively diagnose cancer, but there are some other tools that can be used prior to help determine if a biopsy is needed. If a patient is diagnosed with cancer, treatment is then based on the stage of the cancer and risk level. Just because a diagnosis of prostate cancer is made doesn’t mean a patient is going to get treated, which means there won’t be any side effects.”

Should I get screened?

This is a decision that only you can make. However, if you have questions and concerns, don’t hesitate to speak with your doctor. Talking to your doctor doesn’t commit you to a PSA, but it can help you make the right decision for yourself.

To find a specialist near you, visit bannerhealth.com.

YOU MAY ALSO LIKE
How to Use Supplements During Cancer Treatment
6 Conditions That Affect Men More Than Women
Recovering Your Sex Life After Breast Cancer
What Men Need to Know About Taking Care of Their Skin
Overactive Bladder? How Electrical Stimulation Could Help
What Are My Alternatives to Colonoscopy to Screen for Colon Cancer?
Featured
Advise Me
How Often Should You Wash Your Sheets to Keep Germs Away?
Better Me
Why Is My Nose Burning?
Inspire Me
Three Women, Three Final Treatments, Three Survivors
RECENT
Teach Me
Why Do I Keep Getting Strep Throat?
Teach Me
Are You at Risk for Infection with the Epstein-Barr Virus?
Teach Me
What Parents Should Know About the Germs That Cause Scarlet Fever
Comments 0