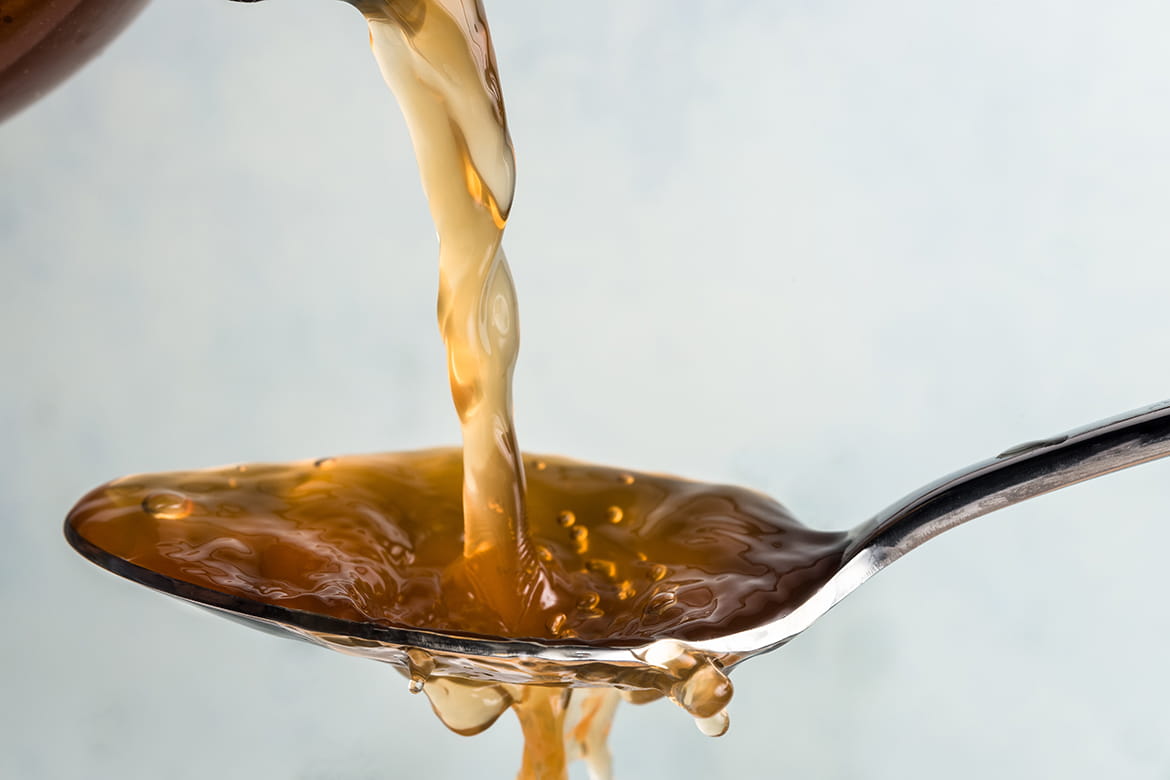 In the last few years, the Internet has been abuzz again about apples. This time it’s about apple cider vinegar, or ACV, for short. It’s been touted as a superfood, a cure-all for certain ailments like acid reflux and GERD, and even a quick fix for weight loss and melting belly fat.

If you’re trying to lose weight, it would seem like drinking or popping a pill with ACV in it would be a no-brainer. But is ACV really a magic potion, or is it too good to be true?

We spoke with Amy Reiland, a registered dietician with Banner Del E. Webb Medical Center in Sun City West, AZ to get down to the bottle, er, bottom of it.

Despite what you may read on social media or someone’s wellness blog, the apple cider vinegar “diet” hasn’t been shown to aid in weight loss. This information is anecdotal (meaning, it’s not research-proven). Just because it worked for someone else, doesn’t mean it’ll work for you.

“The ACV diet claims drinking it before, during or after meals in varying quantities and dilutions will help you drop some weight, but there is little scientific evidence to support it,” said Reiland. “In studies where people did lose weight it was a few pounds and was also taken alongside a calorie-restricted diet. Therefore, these studies don’t tell us if ACV alone can help with weight loss.”

Are there other potential health benefits of apple cider vinegar?

“ACV contains acetic acid, magnesium and probiotics. The probiotics in ACV are derived from  the fermentation process of sugar from apples, which is converted to alcohol and then to acetic acid, creating the ‘mother’ or floating particles in ACV,” said Reiland.

According to Reiland there are some health claims that the probiotics in ACV will improve gut health by creating healthy bacteria and promoting bowel regularity, thus resulting in less bloating. However, it is unclear how these specific probiotics impact the gut flora and whether these “good bacteria” survive the acidic environment of stomach acid.

Pectin, a type of soluble fiber, is beneficial for colon health and promotes bowel regularity. The pectin in whole apples is much higher than the pectin in a dose of ACV, which is 1 tablespoon. This makes ACVs impact on colon health insignificant, unless you are drinking ¼ cup worth; in which case the risks outweigh the benefits.

Another popular myth is that ACV can be taken to control blood pressure.

If you have high blood pressure, make sure you are working closely with your health care provider instead of using ACV as “medication.”

Adding apple cider vinegar to a salad dressing or marinade can spice up a meal but drinking it straight (with no chaser) can have some negative consequences.

“ACV should be diluted and never consumed straight,” Reiland said. “Like all vinegars, ACV has a high acidity and can irritate your throat, potentially causing esophagitis or exacerbating acid reflux/GERD, as well as strip tooth enamel.”

ACV can have potential interactions with diuretics and insulin, potentially contributing to low potassium levels. It can also cause delayed gastric emptying (the rate food moves from your stomach to the small intestine) and nausea, so use caution if you have gastrointestinal woes.

“Nausea was one symptom study participants noted with the use of ACV, likely contributing to their reduced caloric intake,” Reiland said. “But it can slow gastric emptying, which can have negative side effects if you have gastroparesis, especially in diabetics. It’s important to talk to your health care provider beforehand if you’re interested in drinking ACV.”

It is also important to talk to your doctor before taking ACV if you have kidney disease.

It seems like we’re giving ACV a bad rap, but there’s some good news. “There has been some research showing that ACV along with a calorie-restricted diet in an obese population may help lower triglycerides (a fat found in blood), body weight, post-meal glucose and total cholesterol,” Reiland said. “And there’s another study showing that ACV taken with a meal helped reduce glucose (blood sugar) in those with insulin resistance when taken with a meal.”

In addition, according to the American Diabetes Foundation, taking 2 tablespoons of ACV at bedtime may improve blood sugar in the morning by 4 to 6%.

Drinking ACV – straight up, diluted or pill form – isn’t going to help you shed excess weight, but it won’t likely hurt you as long as you don’t overdo it.

If you choose to take ACV regularly, there are safer ways to take it, rather than straight up or in pill form. Safer ways to consume ACV include:

For more health-related tips, check out: