Do You Have Iliotibial (IT) Band Syndrome? 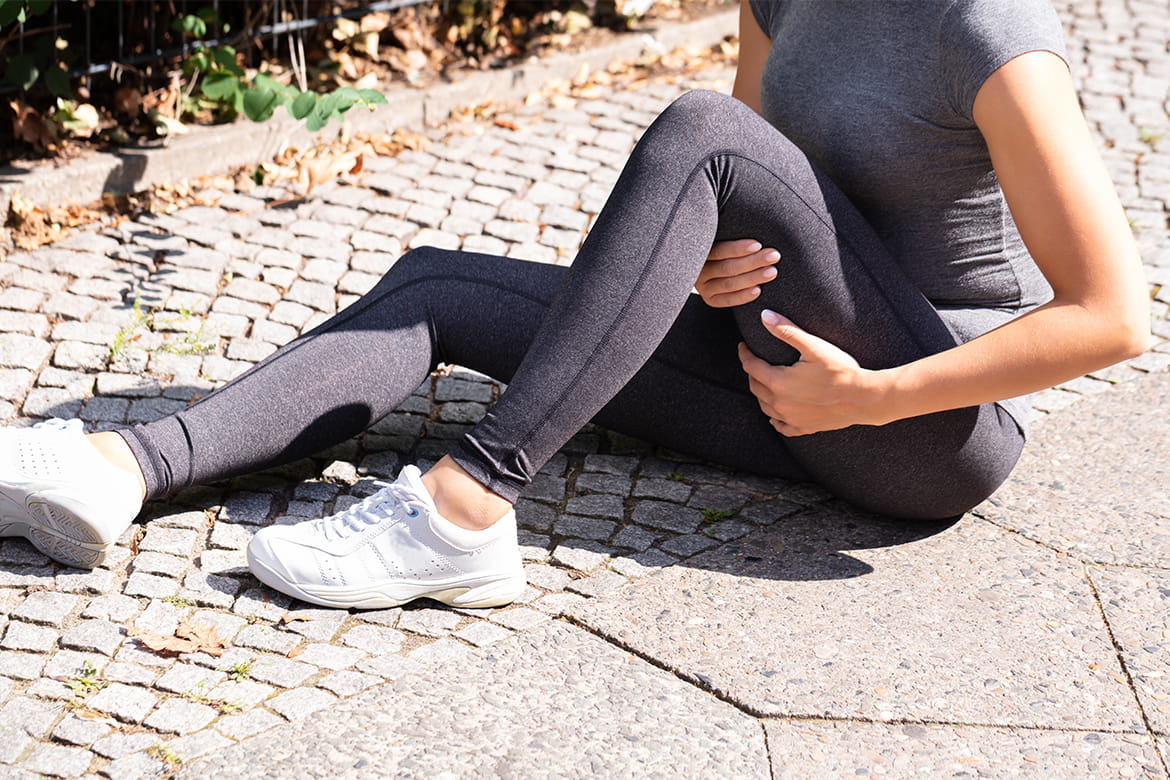 Running doesn’t come without some aches and pains. But when you get a sharp pain—in your hips, knees or ankles—it may be time to take a breather.

One of the most common sources of pain for runners and even those new to exercise is iliotibial band syndrome or IT band syndrome.

“The iliotibial band, or IT band, is a strong, thick and fibrous tissue which runs along the side of the thigh from the outside of the hip down to the outside of the knee,” said Leah Hillier, MD, a sports and exercise medicine doctor and family physician at Banner - University Family Medicine Clinic. “The band is attached to multiple muscles on the side of the pelvis, which work to stabilize the pelvis in standing, walking and running and are critical for knee stability and lower limb movement.”

How does IT band syndrome occur?

When you bend and extend your leg, the IT band moves over the outer lower edge of your thighbone. But with repeated bending and extending of the knee, this movement of the IT band may irritate surrounding tissues, causing pain in the knees or hips.

“Most of the issues we see with the IT band are overuse injuries—repetitive motion—combined with poor biomechanics,” Dr. Hillier said. “While poor movement patterns/techniques and being overweight are contributing factors, the unifying cause usually can be traced back to poor muscle balance and strength around the core of the body.”

Who is most at risk for IT band syndrome?

Unlike many overuse injuries, IT band pain afflicts seasoned runners almost as much as beginners.

“People who start running long distances abruptly without gradually increasing their training are particularly at risk,” Dr. Hillier said. “But I also see this in runners who have changed their training surface, such as moving outside after running on the treadmill or only running on one side of the road on a slightly tilted sidewalk.”

Symptoms of IT band syndrome

The common description of symptoms for IT band syndrome is burning or aching on the outside of one or both knees which becomes worse as the activity progresses. It can often continue to hurt or worsen in the hours and days after the activity. There can occasionally be a clicking or snapping sensation with knee movement. The knee will be tender to the touch on the outside of the knee and is often described as a burning pain.

“It does not cause generalized swelling in the knee, so if this is present, there is likely another diagnosis other than or in addition to the IT band problem,” Dr. Hillier said.

Pain can also be felt in the hip, known as greater trochanteric bursitis. This is most common in older adults and women and being overweight is a significant risk factor as well. It can be particularly painful while lying down on your side and can be worse with walking, stair climbing, squatting and after sitting for a while.

If you notice IT band pain, this is a good sign that you should rest and slow things down—either running fewer miles or not running at all.  “The treatment of IT band issues usually involves some degree of activity modification, that is changing the physical activity the patient is engaged in,” Dr. Hillier said.

Dr. Hillier recommended trying the following if you are experiencing pain:

“Occasionally, we can inject the area of pain with a steroid to decrease pain and inflammation, but this may only be a temporary solution,” Dr. Hillier said. “In absolute worst-case scenarios, surgical intervention could help—but this should be a last resort after exhausting all options.”

Tips for reducing your risk for IT band syndrome:

Are you experiencing pain in your IT band? Don’t wait. Schedule an appointment with an orthopedic or sports medicine specialist to be evaluated. To find a Banner Health specialist near you, visit bannerhealth.com.

YOU MAY ALSO LIKE
Is It a Heart Attack or a Pulled Chest Muscle?
3 Ways to Keep Your Back Healthy and Steer Clear of the Spine Surgeon
Learn About Degenerative Knee Arthritis With This Detailed Guide
What Parents Should Know About Avulsion Fractures in Young Athletes
A Detailed Guide to Preventing and Treating Golfer’s Elbow
Does Your Pain Mean It’s Time for a Knee Replacement?
Featured
Advise Me
How Often Should You Wash Your Sheets to Keep Germs Away?
Better Me
Why Is My Nose Burning?
Inspire Me
Three Women, Three Final Treatments, Three Survivors
RECENT
Advise Me
How to Manage Your Own Risk When There’s Cancer in Your Family
Advise Me
Dating Violence: How to Protect Yourself or Your Teen
Advise Me
6 Exercise Tips to Keep You Moving in Cold Weather
Comments 0