Is Your Teen Too Sleepy During the Day? Here’s What to Know 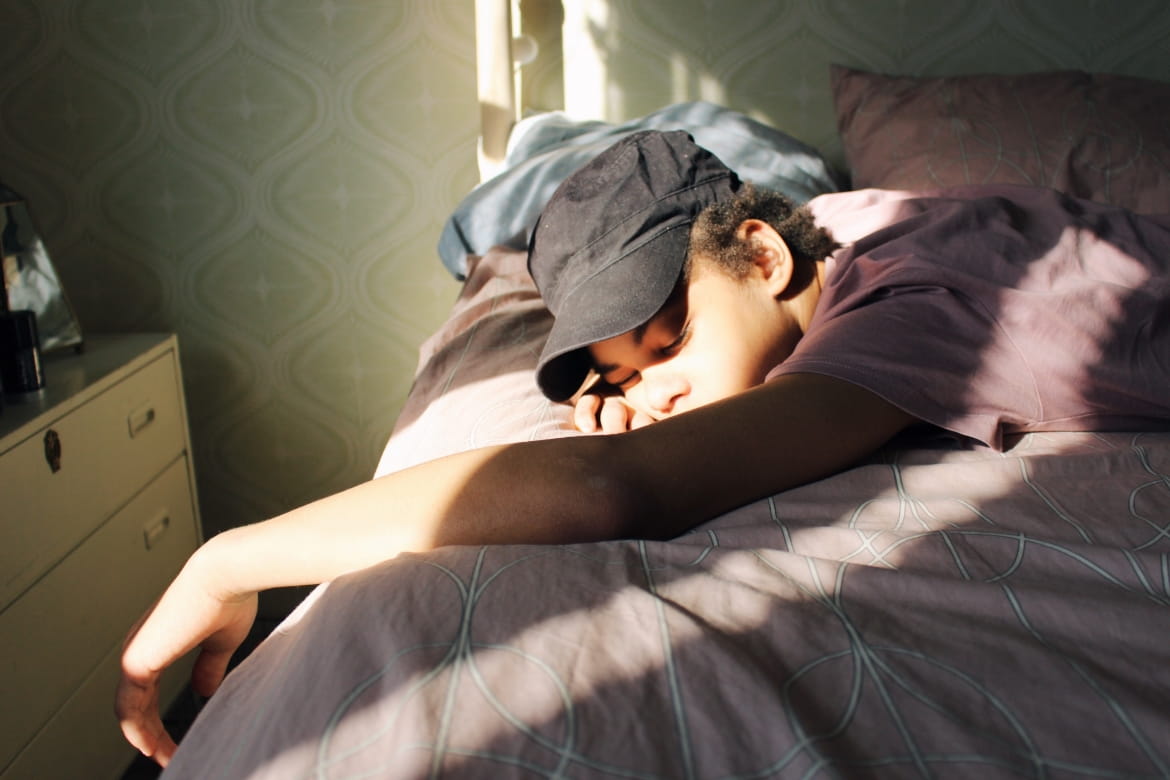 If you’re the parent of a teen, you know what the sleep struggle can be like. They can hit the snooze button so often that they don’t have time for breakfast, crash on the couch after school, and sleep past noon on the weekends.

Dayana Dominguez, MD, a pediatric sleep medicine specialist at Banner Health in Arizona, explained that three different factors combine to make it challenging for teens to get the sleep they need.

1. Teens have different circadian rhythms. Most younger children get signals from their bodies that they are ready to sleep by 8 or 9 p.m. As kids enter puberty, these signals shift in what’s called a sleep phase delay, and teens don’t feel ready to sleep until 10 p.m. to midnight or later.

“It’s a normal part of the development of sleep that’s coded in their genes and is linked to the hormonal changes that happen during puberty,” Dr. Dominguez said. “As adults, we have to be understanding that their body is telling them to go to bed later—that’s biology.” Sleep cycles shift to their latest point at age 19, on average, and then gradually shift earlier, which can continue up to age 25.

2. Teens have busy lives. Many teens have jobs, sports or other activities and commitments at the end of the school day. Plus, they have homework and household responsibilities, and they want to connect with their friends. “The most important thing for teenagers is their peer relationships, and the time they have for that is in the evenings. That’s when they are talking to each other on social media,” Dr. Dominguez said.

Some school districts are working towards later school start times for teens, a shift that the American Academy of Sleep Medicine supports. But until those changes go into effect, teens—and their parents—will have to cope with early wake-up times.

How teens can get the sleep they need

Is your teen sleeping enough? “It’s a sign that teens aren’t getting enough sleep if they sleep in for long hours during the weekends, which is called ‘catch-up sleep,’ or they need naps during the day or after school,” Dr. Dominguez said. The best strategy for supporting your teen’s sleep is to enforce bedtime. Good sleep habits and sleep hygiene in the early years can help. She recommends:

How to tell if there’s a sleep cycle problem

Most sleep struggles for teens are a normal part of their development, and most people naturally shift to an earlier bedtime as they enter adulthood. But some people have a problem called delayed sleep phase syndrome, which can start in adolescence and often runs in families.

“There can be a family history of night owls, and it can be quite severe, with people preferring to go to bed at 3 or 4 a.m. rather than 11 p.m. or midnight,” Dr. Dominguez said. “In extreme cases, their preference can be to go to bed early in the morning.”

A sleep medicine specialist can diagnose delayed sleep phase syndrome by discussing the patient’s health and sleep history and by having the patient keep a sleep diary or use a tracking app to monitor bedtime and wake time. They might recommend a medical-grade smartwatch, called an actigraphy watch, to track activity, movement, and whether you’re awake or asleep.

If you have delayed sleep phase syndrome, you can work with a doctor to advance your sleep phase with medication until you get on a more typical schedule. “It’s a long, complex process, and it has to be done very gradually, with guidance,” Dr. Dominguez said.

Some people with this condition work with it and choose jobs where they work at night so they can sleep when their bodies want to. But people who can’t adjust their biology to society tend to have more health problems than the regular population, such as heart conditions, obesity, high blood pressure and depression.

Teens naturally want to stay up later, thanks to their circadian rhythms. But most teens also need to wake up early. Keeping a regular bedtime and wake time can help them get the sleep they need to feel rested and alert. If you’re worried that your teen might have a sleep disorder, reach out to the pediatric sleep experts at Banner Health.