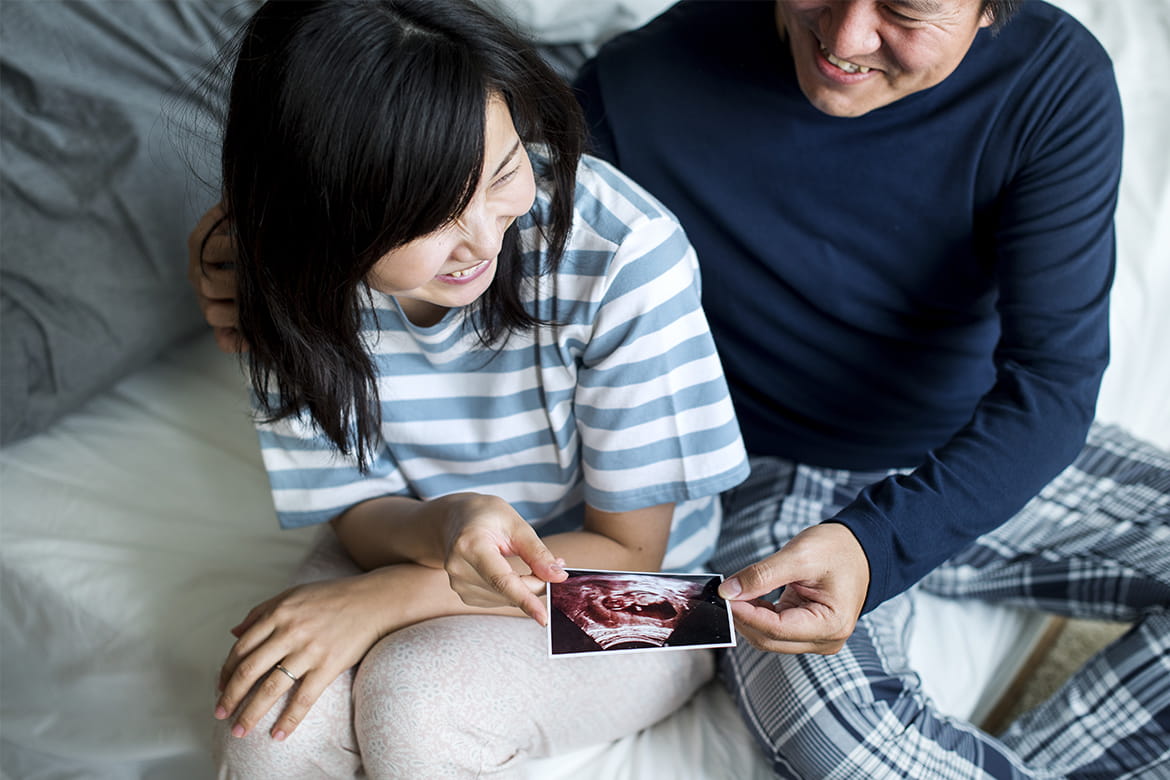 Do you have baby fever? Are you trying to get pregnant? If you are, there’s a good chance you have Googled every possible sign and symptom for being pregnant. Although only a blood test from your doctor can confirm if you are pregnant, Dr. Narinder Brar, DO, a Banner Health OBGYN at Arizona Maternity and Women’s Clinic Inc, shares seven of the most common early signs of pregnancy.

According to a survey conducted by the American Pregnancy Association, 29% of women surveyed reported a missed a menstrual period as their first pregnancy symptom. You will likely miss your next period four weeks after conception. This may seem like a no-brainer, but you’d be surprised how many women don’t track their periods or have irregular periods. If either of these are the case, you’ll want to take a pregnancy test to confirm.

“At-home pregnancy tests are easy to use and are generally highly accurate,” Dr. Brar says. “If your pregnancy test is negative but you have missed your period, see your doctor and have a serum pregnancy test run.”

The second most common symptom (25%) women reported as an early sign of pregnancy is nausea. Nausea or morning sickness usually develops around four to six weeks after conception. It’s unclear what exactly causes it, but hormones may play a role. It may peak at the end of the first trimester and become less severe in the second trimester.

In the early stages of pregnancy, your breasts may feel more tingly, full and sore and your bra may not fit quite like it used to. Because this is linked to hormone changes in your body, it could also mean you are about to start your period. Look for other tell-tale signs, such as the darkening of your areolas.

Does the sight of something you normally love to eat make you suddenly want to vomit? There is little scientific evidence between smell sensitivity and food aversions, but one study did find a correlation between pregnancy and a heightened sense of smell. So, those stories you hear about pickles and ice cream may not be so far-fetched as you may think.

During early pregnancy, your progesterone levels will soar, which can make you rather sleepy. Because of this, it’s a good idea to get plenty of sleep.

“Women often feel fatigued in early pregnancy – fatigue that is not relieved by rest,” Dr. Brar says. “There is no specific treatment other than adjustment to the temporary lack of energy. These symptoms improve as the pregnancy progresses, especially after 12 weeks of pregnancy.”

6. More trips to the bathroom

During pregnancy, blood flow to your kidneys will increase by 35-60%, producing 25% more urine. This will mean more trips to the bathroom. It can also be caused by other factors, such as a urinary tract infection or diabetes, so be sure to check with your doctor if you notice a sudden change.

Some women will experience a small amount of bleeding, known as implantation bleeding, very early in pregnancy. This can often be mistaken for a period, but it is usually lighter and usually is defined by blood present only when wiping. It likely lasts less than three days. If you are experiencing heavy vaginal bleeding or pelvic pain, you should immediately report it to your doctor.

“Vaginal spotting is generally seen early in pregnancy and can be related to the implantation bleeding,” Dr. Brar says. “However, if bleeding changes from spotting to heavier bleeding, then the patient should seek immediate medical attention.”

It can be challenging to determine if you are pregnant or not, especially because symptoms can vary from woman to woman. Additionally, most of the symptoms listed above can be confused with something else. If your symptoms persist and you think you might be pregnant, schedule an appointment with your doctor.

YOU MAY ALSO LIKE
What Are Braxton Hicks Contractions?
6 Conditions That Affect Men More Than Women
Is It OK to Change Your Doctor Mid-Pregnancy?
Getting Pregnant After Age 35
Understanding Your Birth Control Options
Recovering Your Sex Life After Breast Cancer
Featured
Advise Me
How Often Should You Wash Your Sheets to Keep Germs Away?
Better Me
Why Is My Nose Burning?
Inspire Me
Three Women, Three Final Treatments, Three Survivors
RECENT
Advise Me
Why the Type of Protein You Eat Makes a Difference in Your Health
Advise Me
How to Manage Your Own Risk When There’s Cancer in Your Family
Advise Me
Dating Violence: How to Protect Yourself or Your Teen
Comments 1