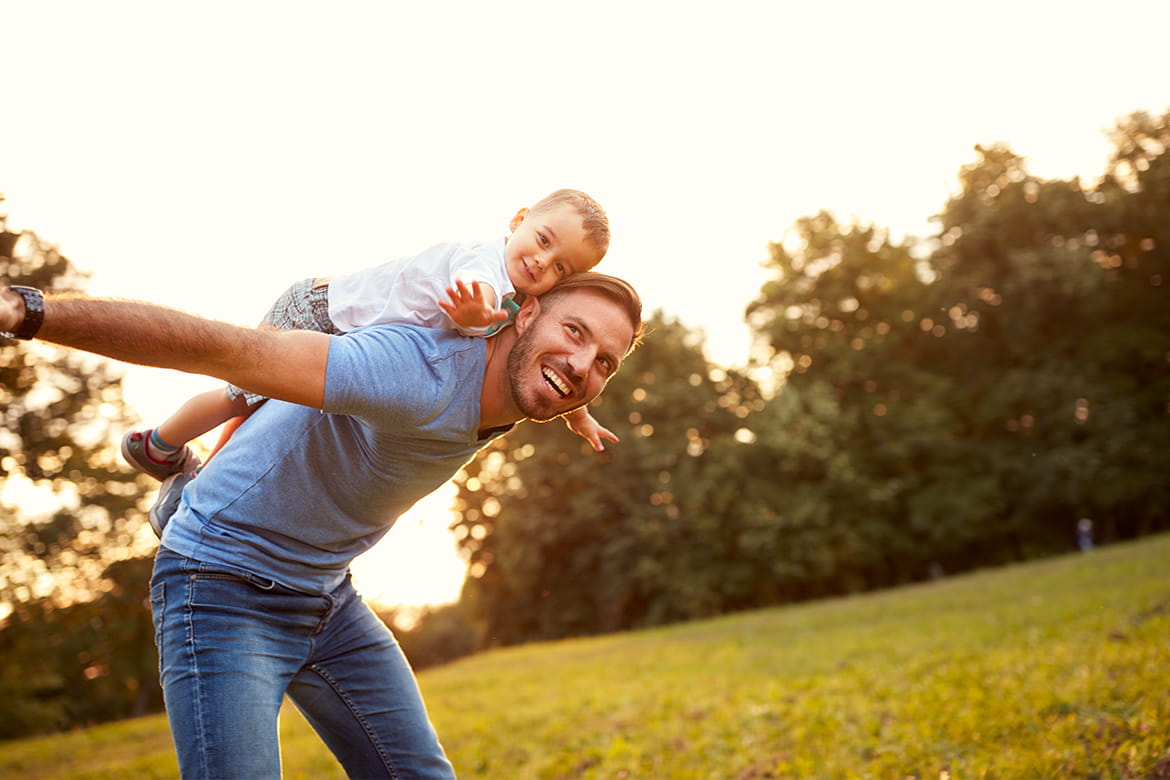 Let’s be honest: When it comes to birth control, many of us think about condoms or the pill as reliable options. And they are … to some degree. But, mention a 100-percent effective way to prevent pregnancy, like a vasectomy, and your spouse may instinctively wince.

But, wait. What about getting your tubes tied? Before you prep your significant other for surgery, listen to this: According to the American College of Obstetricians and Gynecologists, vasectomies are a safer, more reliable and easier form of surgical sterilization – and it’s half the cost of a tubal ligation. Plus, most insurance plans cover vasectomies.

Medical research and science aside, why is there still so much fear surrounding it? The problem is that there are many misconceptions or misunderstandings about how a vasectomy works. Many people don’t realize just how liberating it can be – for them and their loved ones.

If you are done having kids (or don’t ever want them), Edwin Risenhoover, MD, a family medicine physician with Banner Health Center in Loveland, helped debunk some common vasectomy myths, so you can move forward with your family-planning needs without fear.

Myth #1: It will shut down my sex drive.

Libido, or sex drive, is both psychological and physiological. The physiological aspect of libido is often associated with testosterone levels. Testosterone is made in the testes and transported through the body in the bloodstream. Sperm is also made by the testes and transported during ejaculation through the genitourinary tract, beginning in the vas deferens tubes.

You won’t accidentally get your spouse pregnant if you follow doctor’s orders. Dr. Risenhoover said:

Most pregnancies occur, however, when the patient has unprotected intercourse before completing a test to confirm that the vasectomy has worked.

The overall failure rate for vasectomy is 1 in 2,000, or 0.05%. That rate actually ranges from 0.02% to 29%, depending on the technical method of vasectomy used by the surgeon. The most commonly accepted method today, cautery of the prostatic end and fascial interruption (burning one end and tying a tissue barrier between the two ends), affords the lowest failure rate. So, ask your surgeon what method they plan on using.

Myth #3: I won’t be able to ejaculate or have an erection.

It won’t affect your ability to perform in bed. Dr. Risenhoover said:

When it comes to sexual desire, research has shown that vasectomies don’t impact a man’s interest in sex, his ability to get or keep an erection or the quality of his orgasms. An erection depends on blood flow to and from the penis and has nothing to do with the area operated upon during a vasectomy.

Myth #4: Vasectomies can cause prostate cancer.

They won’t increase your risk, but they don’t protect against sexually transmitted diseases. Dr. Risenhoover said:

Vasectomies don’t, however, protect you from STDs, so make sure you use additional means for protection, such as latex condoms.

Myth #5: Vasectomies are painful and have a long recovery.

It is actually quite painless, thanks to numbing medication, but you won’t want to run a marathon the next day. Dr. Risenhoover said:

Most vasectomy patients recover quickly, if they follow their surgeon's instructions. There are cases that fall outside of the norm, and the patient has a complicated or protracted recovery or may even have long-lasting pain. However, most men feel back to normal in just a few days. They can usually resume light work within two to three days, heavy work or exercise in a week and normal sexual activity after one week.

If you are considering a vasectomy, make an appointment with one of our Banner Health specialists at bannerhealth.com.

YOU MAY ALSO LIKE
6 Conditions That Affect Men More Than Women
This Worrisome Bacterial Pelvic Infection Can Cause Infertility
What Men Need to Know About Taking Care of Their Skin
PrEP: Preventing HIV/AIDS, One Pill at a Time
What Is a Fistula? Types and Treatments Explained
Men: Aging Means You’re Likely to Have BPH. Here’s What To Know
Featured
Advise Me
How Often Should You Wash Your Sheets to Keep Germs Away?
Better Me
Why Is My Nose Burning?
Inspire Me
Three Women, Three Final Treatments, Three Survivors
RECENT
Advise Me
Why the Type of Protein You Eat Makes a Difference in Your Health
Advise Me
How to Manage Your Own Risk When There’s Cancer in Your Family
Advise Me
Dating Violence: How to Protect Yourself or Your Teen
Comments 0