Invisible Rattlesnakes: How to Protect Yourself Against Snakebites 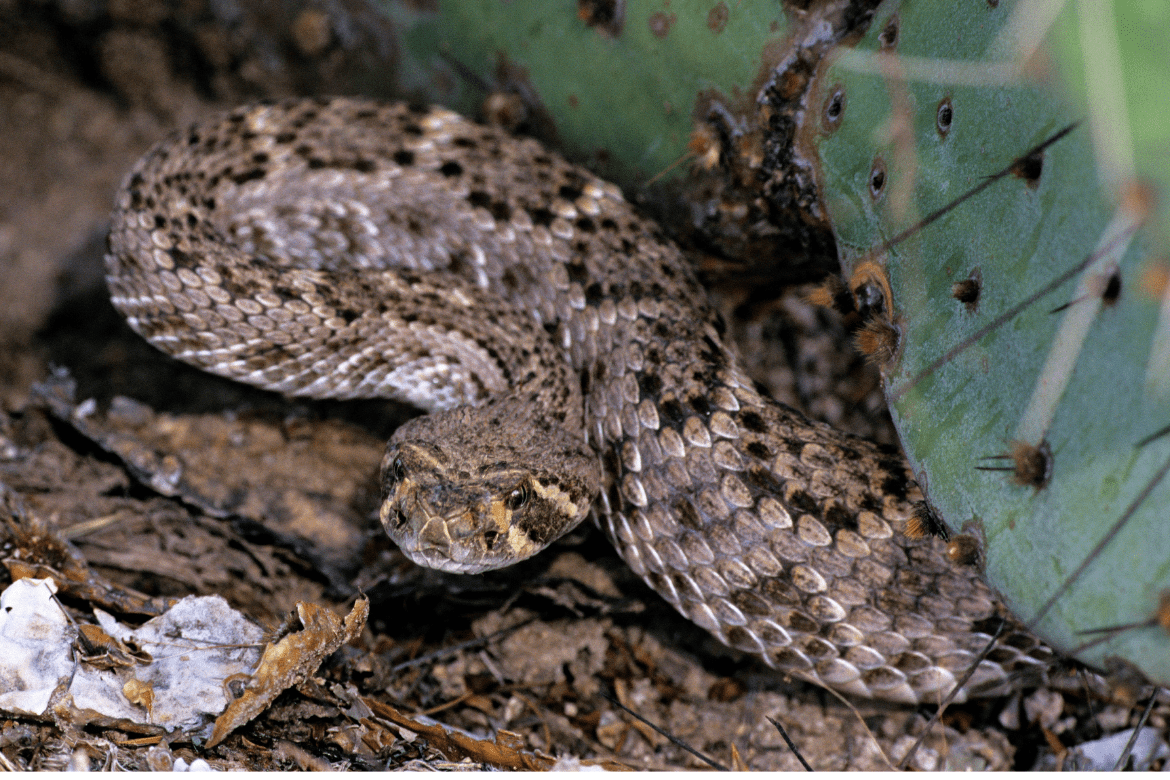 Rattlesnakes are found in almost every part of the U.S., but are especially common in the Southwest, such as Arizona, California and New Mexico.

If you’ve been out hiking, biking or just enjoying the great outdoors, you may have seen one sunbathing on a rock or near a trail path. Or you could have been blissfully unaware because rattlesnakes blend in so well with their surroundings.

It’s rare that rattlesnakes cause serious injury, but one still doesn’t want to risk getting bitten. According to the Centers for Disease Control and Prevention (CDC), it’s estimated that anywhere from 7,000 to 8,000 people are bitten by venomous snakes in the U.S. each year, and about 5 of those people die. Most of these bites occur from March through October.

“Snakebites are rare but can cause serious injury to people,” said Bryan Kuhn, PharmD, a pharmacist and poison education specialist at Banner - University Medical Center Phoenix. “The number of deaths would be much higher, but more people know to go and seek treatment.”

Five things to know about rattlesnakes

Whether you’ll be traversing the desert or doing yardwork in your desert oasis, here are five things to know about rattlesnakes to ensure you stay safe.

1. Rattlesnakes aren’t out to get humans

Despite what you might think or have heard, these slithering beasts aren’t generally aggressive or out to get you. Honestly, you aren’t their type. Rattlesnakes are cold-blooded but they aren’t cold-blooded killers of humans. They much more prefer other small creatures and prefer not to mess with you.

“Rattlesnakes are ambush predators, meaning they don’t chase after prey,” Dr. Kuhn said. “They rely on staying hidden to get close to their prey before they strike—roughly no more than half the length of their body.”

When a rattlesnake sees a human, its first instinct is to flee, unlike bees and scorpions. If it can’t escape, it will coil up and make itself known, so you can hopefully avoid being bitten.

There are some myths that juvenile, or baby, rattlesnakes are less able to control how much venom they release, and their venom is more dangerous, but Dr. Kuhn said these aren’t true.

“According to lab research, it appears juvenile rattlesnakes can regulate the amount of venom they produce, and they have a smaller volume of venom than larger snakes,” he said. “The severity is determined by the type of snake that bit you, the circumstances of your bite and your unique biology/medical history.”

Adult rattlesnakes are more likely to cause worse envenomation (exposure to venom as a result of a bite), but baby rattlesnakes still are no joke. So, if you get bitten, don’t try to figure out if it was a baby or adult—just get proper medical treatment.

“Snakes shed skin constantly, and every time a rattle is added,” Dr. Kuhn said. “Baby snakes grow quickly so it’s definitely not worth trying to figure out what age the snake was that bit you.”

3. You may not always hear a rattle before a strike

Rattlesnakes use special high-performance muscles to shake their tails, sending waves down the length of the rattle creating a clicking noise. It’s a highly effective warning sign, but you may not always hear it.

Some believe the reason for this is evolution, “but there is no truth to this,” Dr. Kuhn said.

Others say it’s because baby rattlesnakes don’t have a functioning rattle, but a juvenile may develop several rattles in just the first year. If a snake has five rattles, the only thing you can say with certainty is that it shed its skin at least five times. Rattlesnakes can also lose rattles after attacks by predators or from damage moving through certain terrain.

“Rattlesnakes rattle when necessary but seeing a silent one isn’t out of the ordinary,” Dr. Kuhn said.

4. Know how to spot a rattlesnake

Rattlesnakes have elliptical eyes and well-defined pits under their nostrils to help them sense heat and hunt prey. While markings can vary from species to species, most rattlesnakes have a diamond-shaped pattern on their backs. The color of rattlesnakes can vary. Some rattlesnakes are sandy-colored, and others resemble leaves.

Rattlesnakes like to make dens in rocky crevices, but you can find them really anywhere. They can hide underneath patios, brush or wood piles.

“Rattlesnakes do like to chill out in the wintertime, but they don’t hibernate,” Dr. Kuhn said. “If it gets warm enough, they’ll become more obvious.”

5. You’ll know if you’ve been bitten

Is it possible to get bitten and not know it? “You’ll definitely know,” Dr. Kuhn said.

“Their fangs are quite long and can penetrate the skin deeply,” he said. “Those puncture wounds are going to be painful. Even if the snake’s fangs graze your skin, you’ll have some physical evidence.”

Bite symptoms may include:

Even if you aren’t experiencing immediate symptoms, call 911. If you suffer what is called a dry bite (a bite without venom), you’ll likely just have swelling and redness, but it’s best to still get checked out.

The ultimate treatment for a snake bite is antivenom, and getting it as soon as possible is important.

“In most cases, you’ll need to stay in the hospital for at least 18-24 hours, so you can be monitored,” Dr. Kuhn said. “If you were bitten on the upper part of your body and aren’t experiencing venom-related effects, you may be discharged after six to eight hours.”

Here are some do and don’ts to keep in mind if bitten:

Do … proceed immediately to the nearest emergency department for treatment

Do … relax and move as little as possible, keeping your limb elevated

Do … remove tight clothing, shoes or jewelry from bitten limb

Don’t … apply ice or immerse in bucket of ice

Don’t … tourniquet or use a constricting band or cloth

Don’t … mark the area with a pen or marker; this will be done by medical professionals

Don’t … capture or try to kill the snake

Can you prevent a snake bite from happening?

If you’ll be going in snake territory, here are some things you can do to lower the chances for getting bitten:

Rattlesnakes are cold-blooded creatures but aren’t cold-blooded killers—well, at least not where humans are concerned. If you are unfortunately bitten by a rattlesnake, act quickly, call 911 and get to the nearest emergency department.