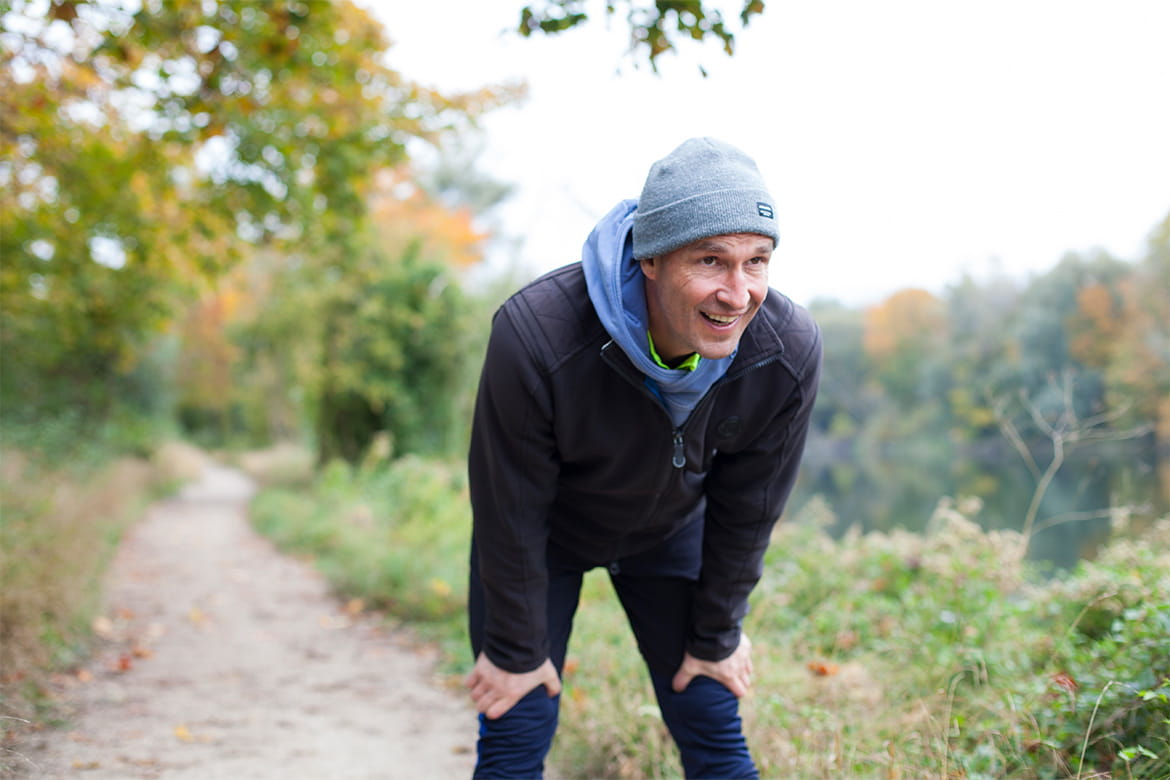 There are many reasons for feeling short of breath, whether it involves sprinting to catch a bus or train or carrying a box up several flights of stairs.

Many of us blame it on being out of shape or getting older. However, shortness of breath is among the early symptoms of idiopathic pulmonary fibrosis (IPF), a rare and fatal lung disease.

According to the Pulmonary Fibrosis Foundation, more than 250,000 Americans are living with pulmonary fibrosis or IPF, with 50,000 new cases diagnosed each year. It’s as common as stomach, brain and testicular cancers, yet most people haven’t heard of it until they’re given a diagnosis.

IPF is one of the most challenging and frustrating diseases that pulmonologists like Sachin Chaudhary, MD, a pulmonologist and director of the interstitial lung disease program at Banner Health in Tucson, AZ, face.

“By the time many patients with IPF see me, their disease is already fairly advanced,” Dr. Chaudhary said. “Few people have heard of it or even know how to recognize the signs. Seeking out expertise is really important to the earlier diagnosis and treatment.”

Read on to learn more about IPF, its causes, symptoms and the latest regarding treatment options.

“In people with IPF, the normally thin, lacy walls of the air sacs in the lungs become thick, stiff and scarred,” Dr Chaudhary said. “With the scarring, it makes it harder for your lungs to deliver oxygen into the blood stream to your other organs and makes it much more difficult to breathe.”

The idiopathic in IPF means the cause is unknown, but Dr. Chaudhary said there are many factors that can increase your risk.

Genetics: “A family history of IPF is a risk factor, as are certain genes known as familial IPF, however this link is only found in a minority of cases,” Dr. Chaudhary said.

Environmental causes: Air pollution and exposure to certain kinds of dust from wood, metal, textiles or stone can lead to fibrosis.

Smoking: Smoking is a major risk factor. Most people with IPF are either current or former smokers.

Infection: Some research suggests that certain viral infections, including hepatitis C and the Epstein Barr virus, have been linked to IPF.

What are the symptoms?

The symptoms of IPF make this disease difficult to diagnose as they look like the symptoms of many other illnesses, including bronchitis, asthma, chronic obstructive pulmonary disease (COPD) or heart disease. It’s not surprising then that nearly half of those with IPF are initially misdiagnosed.

“Unfortunately, it’s not unusual for patients to have seen two to three specialists and received two or three misdiagnoses before they end up in my clinic,” Dr. Chaudhary said. “Often, by the time they see me, one to two years have gone by. When it comes to this progressive disease, time is critical as the life span of this disease from the time of diagnosis is between 3 to 5 years.”

Talk to your health care provider if you experience any of these symptoms:

Another symptom that may be heard by your provider when listening to your lungs, is a dry crackling or Velcro-like sound in your lungs when you breathe in and out.

How is IPF diagnosed?

Your provider will start by giving you a physical exam and will ask about your health history and current symptoms. Based on your symptoms, your provider may order pulmonary function tests, a chest X-ray, bloodwork and a high-resolution CT (HRCT) scan.

“A HRCT scan and a pulmonary function test are not only important for the diagnosis but can also help in the assessment of the disease progression.” Dr. Chaudhary said.

Your provider may also send you to a specialist to have a lung biopsy, where tissue or cells are taken from the lungs, or a series of other tests to rule out any other underlying autoimmune diseases.

What is the treatment for IPF?

Unfortunately, at this time, there is no cure for IPF. There are, however, a few treatment options available that can help slow the progression of the disease. And timely diagnosis is extremely important.

“While average survival for IPF is between three to five years, the earlier we can diagnose, start treatment and evaluate for possible lung transplantation, the better are the chances of survival and improvement in the quality of life” Dr. Chaudhary said.

There are a number of ways to treat IPF, including pulmonary rehabilitation, oxygen therapy, anti-fibrotic therapies, lung transplantation and enrollment in clinical trials.

“There are currently two FDA-approved anti-fibrotic medications for IPF, Nintedanib (OFEV) and pirfenidone (Esbriet), that are used to slow the scarring and help preserve lung function,” Dr. Chaudhary said.

Smoking cessation and routine vaccinations, like flu and COVID-19 shots, are important aspects of living with pulmonary fibrosis.

If you’ve recently been diagnosed with IPF, Dr. Chaudhary stressed the importance of finding an interstitial lung disease center that provides a multidisciplinary approach to care.

“When it comes to IPF, having a multi-pronged approach to care is extremely important,” Dr. Chaudhary said. “Multidisciplinary lung programs include pulmonologists, thoracic radiologists, rheumatologists and pathologists who meet every week to help with the diagnosis and treatment plans.”

You can also join a pulmonary fibrosis support group and connect with others facing the same illness. This can help improve your emotional well-being and feel less alone.

IPF is a progressive and fatal lung disease but hopefully one you are more aware of now.

While the cause is unknown and there is no cure, early diagnosis and treatment can extend your quality of life.

Contact your health care provider to discuss any concerning symptoms or your potential risk for this disease. To find a Banner Health specialist near you, visit bannerhealth.com.

YOU MAY ALSO LIKE
These Tips Can Help You Get Used to Your Hearing Aid
These Core Exercises for Seniors Can Help Prevent Injuries
How Robopets Can Help People with Memory Issues Feel Less Lonely
Here’s Why Your Snoring Could Be Dangerous and What You Can Do
9 Key Preventive Care Screenings Every Woman Needs
Those Aches in Your Hands Could Be Arthritis. Here’s What Can Help
Featured
Advise Me
How Often Should You Wash Your Sheets to Keep Germs Away?
Better Me
Why Is My Nose Burning?
Inspire Me
Three Women, Three Final Treatments, Three Survivors
RECENT
Advise Me
How to Grieve Someone Who Was a Negative Part of Your Life
Advise Me
Does Your Child Need Medical Care or Can You Treat Them at Home?
Teach Me
What Are Braxton Hicks Contractions?
Comments 0