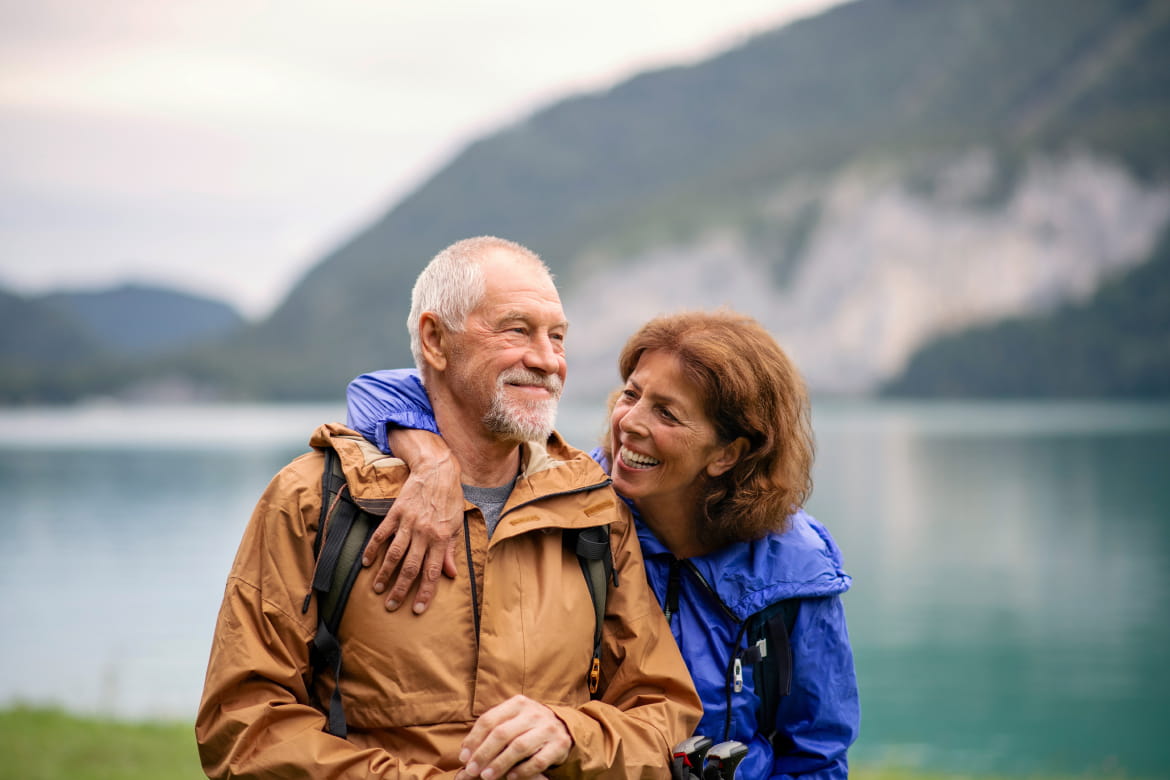 Think of your lungs as balloons. When you’re healthy, those balloons expand and contract as you breathe in and out. But for those with diseased lungs, those balloons deflate and lose their elasticity—limiting the flow of air.

This is known as chronic obstructive pulmonary disease (COPD), a serious condition that makes it difficult to breathe. There are two types of COPD, chronic bronchitis and emphysema, and you can have components of each type to varying degrees. The disease affects the airways as well as the lung, said Raed Alalawi, MD, a pulmonologist at Banner – University Medical Center Phoenix.

“In the airways, the tubes that carry air within the lung become narrow and limit the movement of air,” Dr. Alalawi said. “In the lung, the part that moves oxygen and carbon dioxide becomes damaged and less efficient at doing its job. The lung can also lose its elasticity, so it becomes harder to get air out of the lung.”

COPD is one of the leading causes of disease-related deaths in the U.S., yet many people, even those recently diagnosed, know very little about it. To better understand COPD, here are five COPD myths and the truths that you should know about.

Myth 1: COPD is a smoker’s disease

COPD affects millions of Americans (possibly even more who are undiagnosed). And while it’s true that COPD, like other lung diseases, is more common among those who smoke, it’s not the only thing that causes COPD. Other common causes include:

Myth 2: COPD only affects the lungs

While bronchitis and emphysema affect lung tissue, COPD can have effects throughout the body.

“Because COPD restricts the amount of oxygen you get, your heart has to work harder to send oxygenated blood to your body,” Dr. Alalawi said. “This puts a strain on your vascular system and can put you at an increased risk for heart disease.”

COPD can also affect your mental health. Depression is common among those with the disease, largely due to the social isolation and inactivity. Coughing and wheezing can be stressful and embarrassing as well, which may hinder some from socializing with others.

Myth 3: All those with COPD are oxygen dependent and if oxygen is started, for any reason, they will become dependent

If you’ve been diagnosed with COPD, you may fear that you’ll be dependent on an oxygen machine for the rest of your life. But this isn’t true.

“Depending on the stage of disease and the reason for starting oxygen it may be a temporary therapy,” Dr. Alalawi said.

Myth 4: There are no treatments for COPD

There are plenty of things you can do these days to manage your symptoms more effectively and even help prevent the disease from getting worse. Things like prescribed inhalers, supplemental oxygen therapy, regular exercise and an overall healthy lifestyle can help optimize your health. Pulmonary rehabilitation programs that combine education, support and exercise can also help get you back on your feet moving and breathing better.

Not true, Dr. Alalawi said. “Patients can live a long time with COPD, especially now that we have so many treatment therapies and options when it comes to managing the disease.”

While COPD is a progressive disease, if you work closely with your healthcare team, follow your treatment plan, exercise regularly and eat healthy, you’ll find that COPD isn’t a death sentence.

Get Help for Your COPD

Don’t let COPD hold you back from living your life. Whatever type or stage of COPD you have, your team of pulmonary experts can help guide you through the facts and let you know all your treatment options so you can live a fulfilling life.

YOU MAY ALSO LIKE
IPF: A Deadly Lung Disease You’ve Probably Never Heard Of
Here’s Why Your Snoring Could Be Dangerous and What You Can Do
How the Weather and the Climate Can Affect Your Lungs
Valley Fever Is on the Rise. Here’s How You Can Protect Yourself

25
How a Nebulizer Can Help You or Your Child Breathe Easily
The Best Ways to Protect Yourself Against Aspiration Pneumonia
Featured
Advise Me
How Often Should You Wash Your Sheets to Keep Germs Away?
Better Me
Why Is My Nose Burning?
Inspire Me
Three Women, Three Final Treatments, Three Survivors
RECENT
Teach Me
Why Do I Keep Getting Strep Throat?
Teach Me
Are You at Risk for Infection with the Epstein-Barr Virus?
Teach Me
What Parents Should Know About the Germs That Cause Scarlet Fever
Comments 0