Why Am I Having Trouble Swallowing? 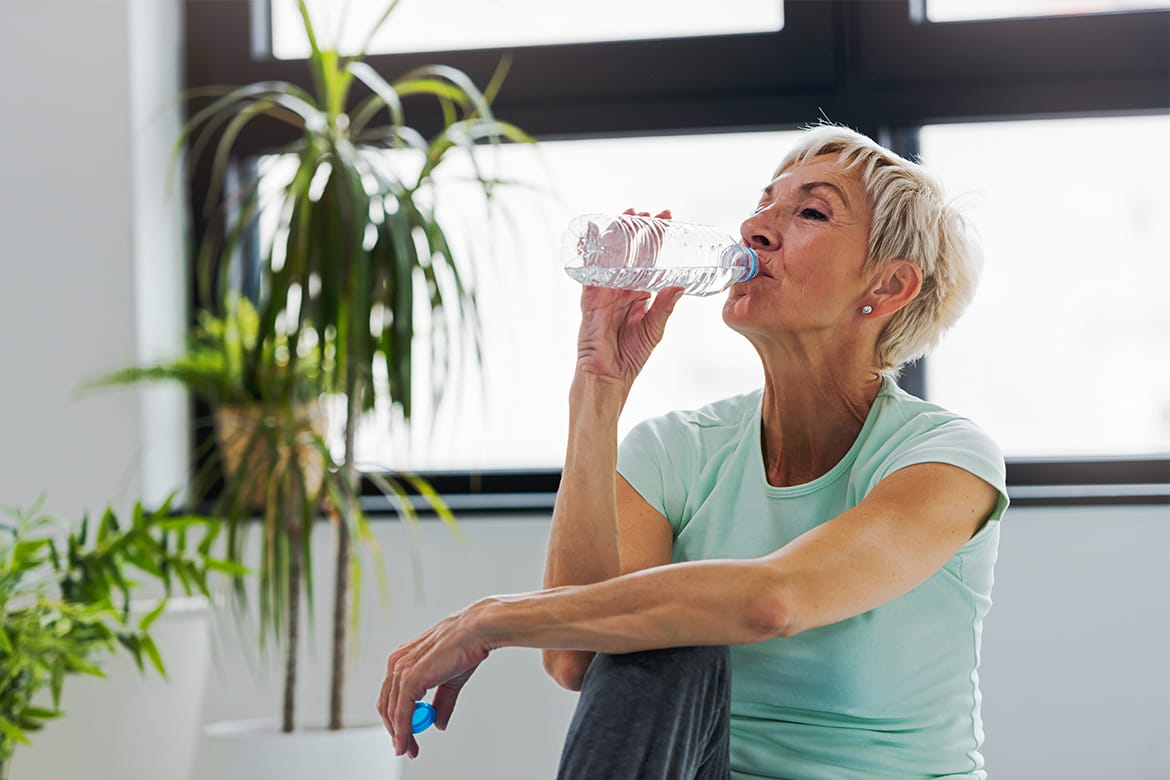 Have you ever heard the saying, “it went down the wrong pipe,” after someone has taken a sip or bite of food?

Eating and drinking are an important part of life, physically and socially. While most of us have definitely had our bouts with food or liquid going down the wrong pipe, for some, difficulty swallowing, known as dysphagia, could be a symptom of something more serious and worth getting checked out by a doctor.

We spoke with Aravind Sugumar, MD, a gastroenterologist with Banner – University Medicine Digestive Institute in Arizona, to help us better understand dysphagia, its causes, symptoms and treatment options.

“Dysphagia is a symptom, not a diagnosis,” Dr. Sugumar said. “It’s like saying someone has a fever, but not where it came from or how to treat it. Dysphagia is a starting point for asking more questions.”

Those with dysphagia have difficulty swallowing, while some may be unable to swallow at all. When this happens, it can be difficult to take in enough calories and fluids, and can lead to additional medical problems.

What are the causes for dysphagia?

Although dysphagia can happen to anyone, it is most commonly seen in older adults, babies and those suffering from brain and nervous system disorders. There are many different problems that can prevent the throat and esophagus from working properly, however, generally it falls into the following categories:

What are the signs and symptoms?

“Early on symptoms occur intermittently, so people often ignore them,” Dr. Sugumar said. “It often isn’t until the symptoms are persistent and pervasive that they seek medical attention.”

As dysphagia progresses it will eventually include all food types and then liquids.

Some symptoms linked to dysphagia include:

If you are experiencing any of the “red flag” or “alarm” symptoms, such as blood in your stools or a low blood count, along with unexplained weight loss, you’ll want to get immediate medical attention.

How is dysphagia typically diagnosed?

Swallowing in and of itself is a complex process that involves more than 50 muscles and many nerves. So, as you can imagine, diagnosing the cause is super complex as well.

Your doctor will first carefully review your medical history to provide a direction toward its causes, and may advise an upper endoscopy to rule out other issues.

“Blood work and an endoscopy are often the first tests we perform to arrive at the diagnosis,” Dr. Sugumar said. “More tests such a barium swallow study can be performed as needed if the underlying cause is elusive."

What are the treatment options for dysphagia?

The treatment for dysphagia will be directed at reversing the cause. Thus, the treatment can vary greatly from medication to lifestyle changes to surgical procedures depending on the underlying cause.

For conditions like GERD and acid reflux, you may find that prescription medications to reduce your stomach acid will do the trick. If you have a narrowing of the esophagus due to scar tissue, your doctor may use an endoscopy balloon to break up the scar tissue and stretch out the esophagus. In other cases, your doctor may recommend swallowing therapy or swallowing techniques to help improve the muscle and how they respond.

For those who may no longer be able to consume food by mouth (such as patients with advanced esophagus cancer), a feeding system, such as a feeding tube, may help bypass swallowing and ensure they are getting the necessary nutrition.

Are you having swallowing problems?

If you are noticing a sudden or gradual change in your ability to swallow, schedule an appointment with your physician or a specialist to be evaluated.

To find a Banner Health specialist near you, visit bannerhealth.com.

YOU MAY ALSO LIKE
6 Exercise Tips to Keep You Moving in Cold Weather
These Tips Can Help You Get Used to Your Hearing Aid
6 Conditions That Affect Men More Than Women
Scoop on Poop: 5 Things to Know About Your Poop
These Core Exercises for Seniors Can Help Prevent Injuries
9 Natural Remedies For Tummy Aches
Featured
Advise Me
How Often Should You Wash Your Sheets to Keep Germs Away?
Better Me
Why Is My Nose Burning?
Inspire Me
Three Women, Three Final Treatments, Three Survivors
RECENT
Advise Me
Why the Type of Protein You Eat Makes a Difference in Your Health
Advise Me
How to Manage Your Own Risk When There’s Cancer in Your Family
Advise Me
Dating Violence: How to Protect Yourself or Your Teen
Comments 0