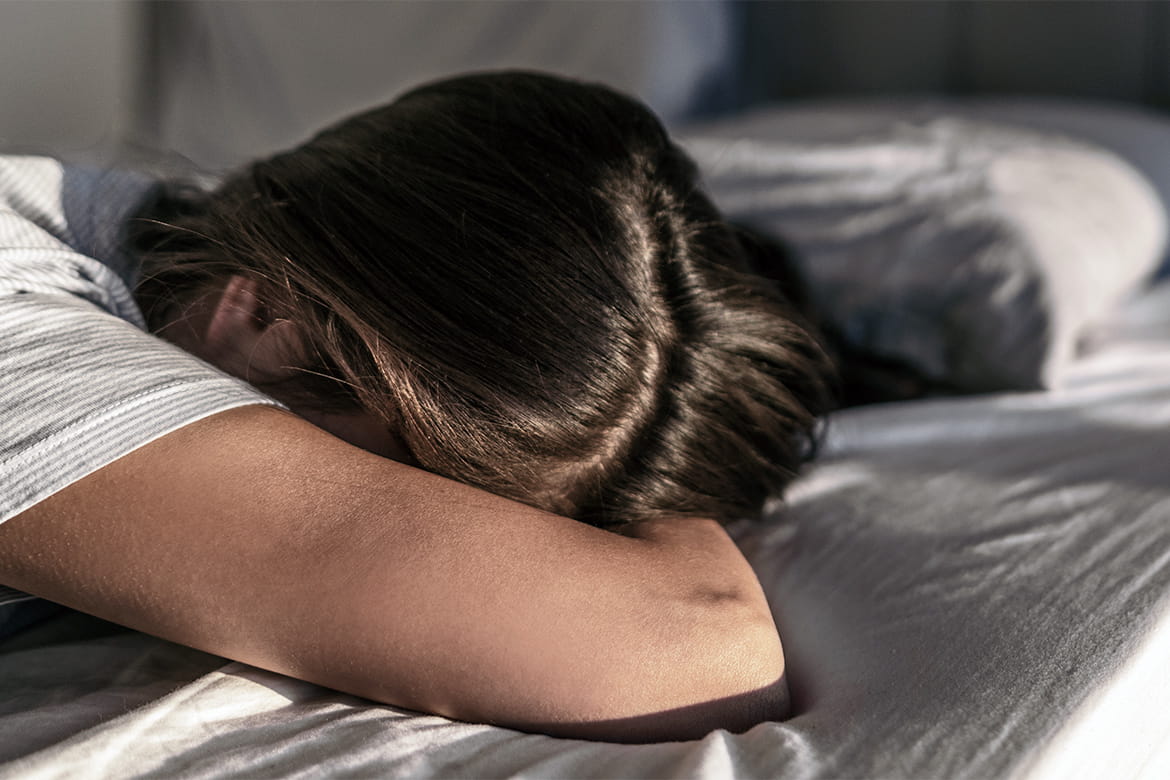 Although TV and film are doing a better job of depicting mental health disorders like bipolar disorder – “Shameless,” “Homeland” and “Modern Love” – there are still many myths and misconceptions when it comes to truly understanding them.

According to the National Institutes of Health, bipolar disorder is a mental disorder that causes unusual shifts in mood, energy, activity levels, concentration and the ability to carry out daily tasks.

We all have our ups and downs, but with bipolar disorder, these peaks and valleys can be more severe—from the highs of mania on one end to the lows of depression on the other. Unlike typical mood swings that quickly pass, bipolar disorder has cycles or episodes that can last days, weeks or even months.

Bipolar disorder is difficult to diagnose and can often get overlooked or confused with other mental illnesses. Since bipolar disorder tends to worsen without treatment, it’s important to learn what the symptoms look like so more people don’t unnecessarily suffer.

MYTH: All bipolar people are the same.

Not all bipolar people are the same. They experience different types and at different severities.

“It’s important to note that bipolar disorder is a different experience for every person, each with their own complexities,” Dr. Singh said. “It can differ person to person and have different levels of symptoms.”

There are two main types of the disease: bipolar I and II.

Bipolar I disorder: Periods of severe mania and depression.

Only a small percentage of bipolar people will experience what is called rapid cycling, where they have numerous mood episodes a year. For most, however, the switch takes much longer.

Children can have bipolar disorder but diagnosing can be tricky as kids are naturally temperamental and moody at times. Symptoms can and often first appear during the teen years but on average, it is diagnosed by age 25.

“As a parent, it can be challenging to differentiate if unruly behaviors, hyperactivity and feeling down are a normal part of childhood or a mental health problem,” Dr. Singh said. “Diagnosis can be challenging, because a number of other childhood disorders such as disruptive mood dysregulation and anxiety disorders have similar symptoms or occur along with bipolar disorder.”

“Not true,” Dr. Singh said. “Bipolar people can hold down jobs. There are so many people living with this and holding jobs as professors, scientists and physicians. Case in point, author and psychiatrist, Kay Redfield Jamison, wrote about her own battle with it and still practices today.”

Many people with bipolar disorder are able to hold down a job, although some also have to work hard to monitor their thoughts and moods. Often work can give people a sense of structure in their lives, reduce depression and increase their confidence.

Dr. Singh added, “There is a misconception that bipolar people can’t live normal, fulfilling lives, and that’s just not true. They can work, have families and have strong interpersonal relationships."

“Substance abuse usually can’t cause bipolar disorder by itself,” Dr. Singh said. “Although abusing substances can exacerbate symptoms and make it more difficult to diagnose and treat. It is thus imperative that patients with bipolar disorder stay away from drug use.”

The exact cause of bipolar disorder isn’t known, but Dr. Singh said a combination of genetics, environment, brain structure and diet may play a role.

MYTH: Bipolar people are either manic or depressed.

We all have our days where we are “in a mood,” but someone with bipolar disorder will experience mood changes that last several weeks or even periods of a balanced mood, called euthymia.

“Some alternate between episodes of mania and depression, but most are depressed more often than they are manic,” Dr. Singh said. “People with bipolar disorder can also go long periods without symptoms at all.”

MYTH: Mania can be very productive.

“Periods of hypomania or early periods of mania can indeed be productive,” Dr. Singh said. “By definition, the center of our brains controlling our mood is going haywire. So, at first, we’ll feel good, but without treatment we can plummet, losing control of our thoughts and actions—even losing touch with reality.”

Mania is often characterized with increased irritability, irrational anger and behaviors and an inability to sleep, which can exacerbate symptoms.

MYTH: Medication is the only treatment option for bipolar disorder.

While medication is definitely helpful and an important tool in treating bipolar disorder, diet, exercise, proper sleep and psychotherapy can also help keep symptoms at bay.

“For people with mild symptoms, they may not need meds,” Dr. Singh said. “ With more severe conditions, medications are usually recommended as one of the tools to use amongst others. The goal is to stabilize the patient over time and continue treatments even when their feeling good."

Psychotherapy, such as cognitive behavioral therapy, can help those with bipolar disorder learn how to process negative thinking, learn about personal triggers and how to avoid and navigate through them.

Support groups can also be beneficial, helping give those with depression and bipolar disorders a place to share experiences, discuss coping skills and offer hope. To find a local support group, visit the Substance Abuse and Mental Health Services Administration or the Depression and Bipolar Disorder Alliance.

The depressive phase of bipolar disorder is often very severe, and suicide is a major risk factor. In fact, those with a bipolar disorder and other psychiatric illnesses are at a greater risk for suicide if they are not getting proper treatment.

If you or someone you know is at risk for suicide, seek help immediately from a health care professional or call the National Suicide Prevention Lifeline at 1-800-273-TALK to get connected with someone who can help you or the person you’re afraid is considering suicide.

Remember There Is Hope

“I want to reassure those who may be grappling with a bipolar disorder or other mental health issue that there is hope,” Dr. Singh said. “They can get better and stay better. There are many ways through your illness. The important thing to do is to get help.”

Visit bannerhealth.com to find a specialist near you.