Jesse Parker: An Inspiration On and Off the Field

As a history teacher and a football coach, Jesse Parker was an inspiration to countless young people both in his classrooms and on his teams. And it wasn’t just his words that inspired people. As he battled skin cancer that spread to his lungs, back, and throughout his body, he demonstrated the same courage, perseverance, and determination he inspired in his students. Here’s the extraordinary story of his life.

Leading on the football field

After Jesse earned his master’s degree in American history in 1968, he and his wife, Latsy, moved to the Valley (Phoenix-area) where he taught history and coached football. In his decades-long career he became one of the most successful high school football coaches in Arizona history. 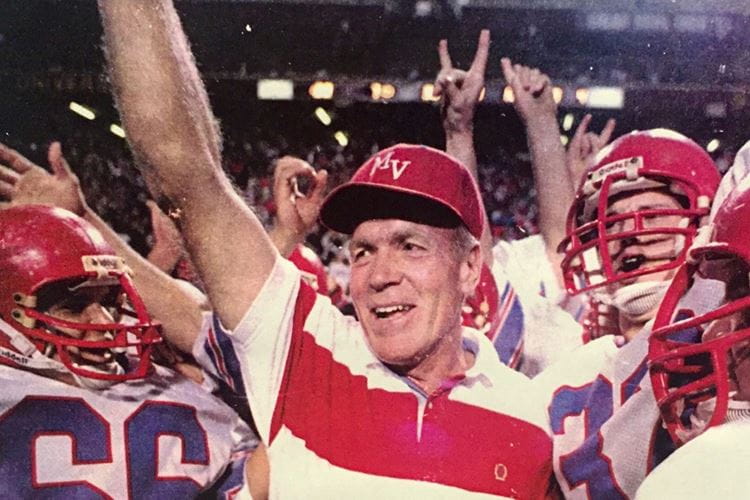 By 2008 he had a total of 309 wins in his career in the Valley—more wins than any other high school football coach in Arizona at the time. In 2011, he was inducted into the National High School Athletic Coaches Association Hall of Fame. In 2016, the Mountain View High School football field was renamed Jesse Parker Field. “A lot of the players from over the years came back—the stadium was packed. It was quite an honor and a wonderful tribute,” Latsy said.

And yet, coaching wasn’t always part of his plans. “He never intended to be a football coach. His career, and his love, was American history,” Latsy said.

Making a difference in the classroom

Jesse believed that leading by example is not just the best way to teach, it’s the only way to teach. His impact in the classroom was just as meaningful as his success on the field. He was the first teacher in the Valley to launch the advanced placement (AP) program. Many of his AP history students from Mountain View contributed to first place wins in the annual Arizona state AP competitions. Mountain View would frequently go on to the nationals in Washington, DC, where they often placed among the top three teams in the nation.

Those students sometimes built their love of history into a career. “Jesse had a number of students go on to become college history professors or history department chairmen,” Latsy said.

Jesse brought his love of history to the field, too. “History carried on to the football players,” Latsy said. “He would talk about great presidents of the past and the values they lived by. Great values that can still impact our lives today.” He loved to share stories of Andrew Jackson’s toughness, so much so that one year, the AP students and the football players joined together to find and hang a large portrait of Jackson in Jesse’s classroom.

Jesse loved maxims, and he would share them and sometimes ask his players to memorize them. Often, when he’d run into players later in life, they could still quote the passages he had taught them. One of the maxims players at Mountain View High School memorized was “Destiny,” by William Jennings Bryan:

Destiny is not a matter of chance,

it’s a matter of choice.

It is not a thing to be waited for,

it is a thing to be achieved.

Jesse faced his own struggles in life, and he approached them with the same fighting spirit he brought to the football field. “The first time I visited with him he expressed his desire to fight, and that epitomizes his life. He was a fighter,” said Gary Walker, MD, a radiation oncologist at Banner MD Anderson Cancer Center who cared for Jesse.

When Jesse had a kidney that was failing in 2005, his wife Latsy stepped up and donated one of her kidneys to him. Years later, he developed skin cancer. “He had a very aggressive type of skin cancer,” Walker said. “It started in his skin and spread throughout his body. It’s likely that spending 46 years out in the sun on football fields—in an era where sunscreen was practically unheard of—contributed to his cancer.”

When Jesse received a pessimistic prognosis from one of his first doctors, he sought second opinions. “He really wanted to fight it,” Dr. Walker said. He advocated for some treatments that helped him live longer, and others that helped control his pain.

“Unfortunately, the medication Jesse had to take to suppress his immune system after his kidney transplant likely made it easier for the cancer to spread throughout his body,” Walker said. Jesse ultimately lost his battle with the disease in 2017 at age 77.

Inspiring others to make the world a better place

Latsy was so impressed by the care Jesse received at Banner MD Anderson that she became a volunteer there. “I came back because of the caring environment throughout the facility. I found that all the people who work there deeply care for the patients and their caretakers. I like being there to help people who are experiencing the same circumstances Jesse and I went through. Sometimes a warm smile, words of kindness, or a helping hand with something they need can be a positive in their day. I am looking forward to returning to volunteering after the pandemic restrictions are lifted,” she said.

Jesse also inspired Dr. Walker’s daughter, Lily, a student at Mountain View High School, where the football field is named for Jesse. In a school assignment to write a letter to the governor advocating for change, she requested legislation so minors would need a parent’s approval before using indoor tanning beds. She shared Jesse’s battle with skin cancer as part of her plea. The legislation is still in the works.

Dr. Walker was amazed by the turnout at Jesse’s funeral. “The Mountain View High School amphitheater was packed to overflowing. There were over 2,000 people there,” he said. And while Parker was remembered as a teacher and coach, Dr. Walker was impressed with what Jesse’s children had to say. “They were so articulate and accomplished—that’s a reflection of his character,” Dr. Walker said. 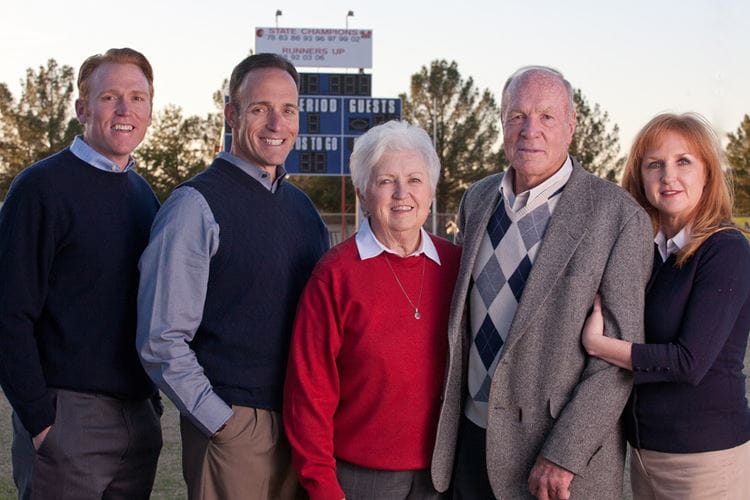 The Coach Jesse Parker Legacy Foundation honors Jesse’s life and supports educators and coaches who show the same dedication in pushing young people to succeed. “Jesse was a person who believed it was more important to care about others than yourself. And not only did he believe it, that’s the way he lived his life,” Latsy said.

To learn more about protecting yourself from skin cancer, check out:

YOU MAY ALSO LIKE
Your Cancer Treatment Could Cause Painful Hand-Foot Syndrome
¿Sabe cómo detectar el cáncer de piel?

3
What Is the Difference Between a Cyst and a Tumor
Los Beneficios de Dejar de Fumar (Una pista: Pueden comenzar en cuestión de minutos)
Why You Should Never Ignore That Mouth Sore That Won’t Go Away
How to Eat Right When You’re in Treatment for Cancer
Destacados
Inspírame
Three Women, Three Final Treatments, Three Survivors
Enséñame
Why Your Heart Rate Goes Up When You’re Sick
Aconséjame
Can You Burn Fat and Gain Muscle at the Same Time?
RECIENTE
Aconséjame
Hospital Bag Checklist, What to Pack for Labor and Delivery
Aconséjame
The Relentless News Can Harm Your Health. Here's How to Take Control
Aconséjame
How High-Intensity Interval Training Could Boost Your Fitness
Comments 0