By Regan Olsson , Contributing Writer
May 28, 2022
Advise Me

Is It Okay to Leave Your Child in the Car? Here’s What to Know 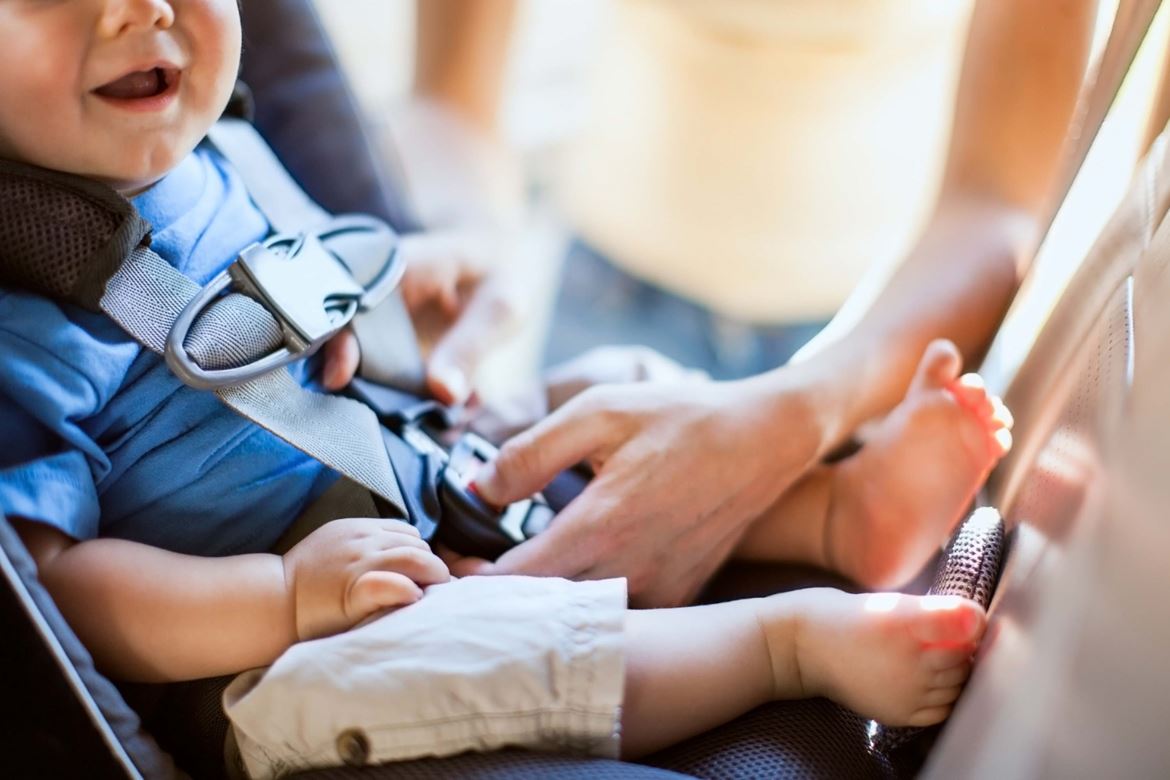 Whoops! Your little one has fallen asleep in their car seat while you are running errands. Do you leave them be and run in to make those “quick” returns? Do you forgo the errands altogether, or do you try to slip them into their stroller and risk waking them up?

While the answer may be obvious for some parents, these thoughts have crossed many parents’ minds. Unfortunately, leaving your child alone in the car can have disastrous consequences—for the child and you. Your child could face life-threatening temperatures, accidental injury or kidnapping, and you may face criminal charges or jail time.

As a parent, we have to make a lot of tough decisions, but leaving your child in the car should not be one of them—not even for a minute.

Read on to learn more about the dangers of leaving your child alone in a car and steps you can take to keep your child safe.

Dangers of leaving children in cars

Each year about 38 children in the U.S. die from heat stroke after being trapped in a car. Some were left by mistake; some were left on purpose and some were using the car as a place to play.

Accidents can sometimes occur because you don’t realize just how hot a parked car can get—no matter the season or if you live in a mild climate. Any vehicle can act as a greenhouse, trapping in heat and causing temperatures to rise quickly inside.

“On a 70 degree day in about a half hour, the temperature inside a car can reach 113 degrees,” said Tracey Fejt, RN, trauma outreach and injury prevention coordinator at Banner Children’s at Desert. “Leaving the windows open slightly does not prevent the temperature from rising to a dangerous level either.”

In addition to rising temperatures in the car, your child’s body can heat up quickly too. “A child’s body overheats three to five times faster than an adult,” Fejt said. “Children have died of heat stroke when the temperature outside has been as low as 60 degrees.”

The danger of hypothermia is also a serious risk. Just like a child’s body can heat to a dangerous temperature in a matter of minutes, the reverse effect can happen in the cold.

Other risks of leaving your child alone in a car include being trapped in a trunk, setting the car in motion or being taken from the car.

Is it illegal to leave your kids in a car?

The worst things that could happen from leaving a child alone in a vehicle are injuries and death. In addition, parents, guardians and caretakers like nannies could face criminal charges, such as child abuse, child endangerment, reckless behavior and more.

Currently nearly 20 states have laws that specifically make it illegal to leave a child unattended in a vehicle.

“For example, in Arizona there’s no law that makes it illegal to leave your child alone in a car, but the person responsible for leaving a child in a position to cause injury or death could face a class 6 felony,” Fejt said. “And, in California, there is a law (known as Kaitlyn’s Law) that makes it illegal to leave a child age 6 or younger alone in a car without the supervision of someone at least 12 years old.”

While laws do vary state by state, bottom line is that it’s never safe to leave your child alone in a car—even if the car is running. Fejt shared a list of tips and recommendations to avoid harm, injury or worse.

Never leave your child alone in the car. What may seem like a quick trip inside could become delayed and may cause you to leave them in the vehicle longer than you intended. While taking your child out of the car may add a few minutes to your errand, it will protect them from injury and may even save their life.

For more safety tips, check out:

YOU MAY ALSO LIKE
What Parents Should Know About the Germs That Cause Scarlet Fever
Does Your Child Need Medical Care or Can You Treat Them at Home?
An EpiPen Could Save Someone’s Life: Here’s When and How to Use One
Parent’s Guide for Taking Newborn Temperatures
What Medications Can Cause False Positives on Drug Tests?
5 Tips to Make Your Child’s Hospital Stay Easier
Featured
Advise Me
How Often Should You Wash Your Sheets to Keep Germs Away?
Better Me
Why Is My Nose Burning?
Inspire Me
Three Women, Three Final Treatments, Three Survivors
RECENT
Better Me
How to Get Rid of Those Painful Cracks in the Corners of Your Mouth
Teach Me
Why Do I Keep Getting Strep Throat?
Teach Me
Are You at Risk for Infection with the Epstein-Barr Virus?
Comments 0