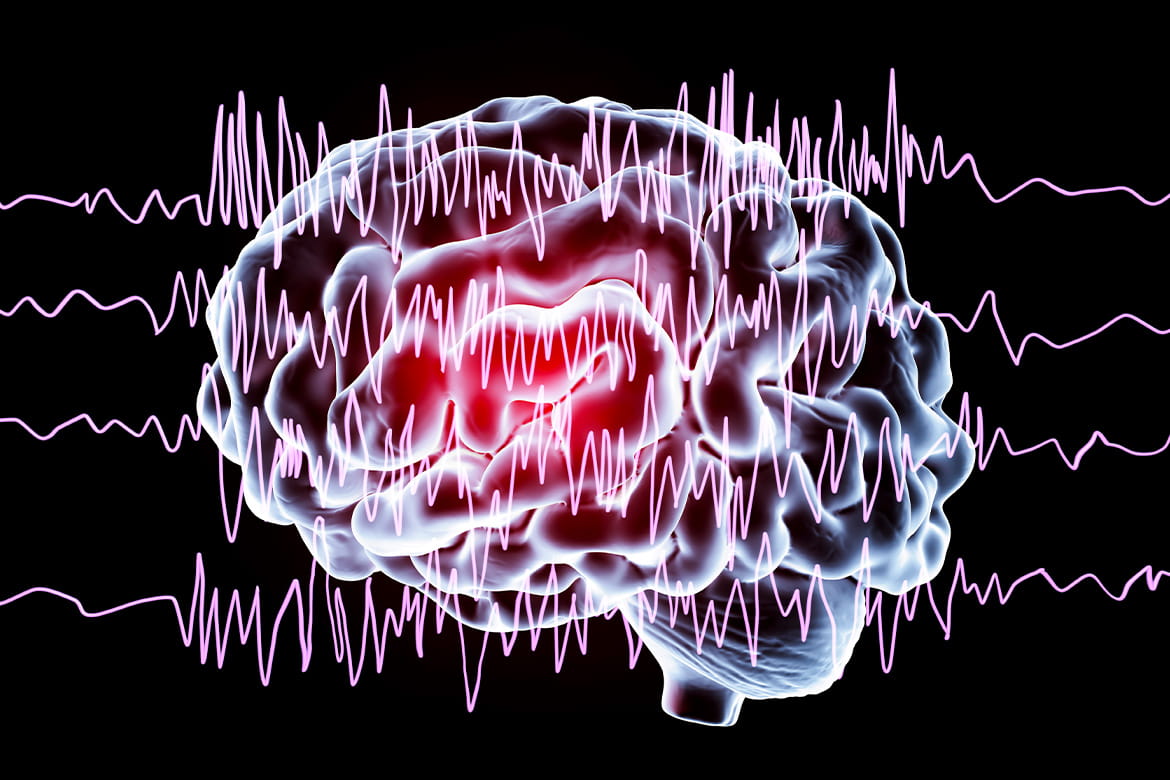 Although it may be hard to believe, until 1956, people with epilepsy weren’t allowed to get married in 17 states in the U.S. due to widespread misunderstandings about epilepsy and its causes—with the last state not repealing the law until 1980. In fact, in 1956, 18 states also provided for the sterilization of people with epilepsy, due to fear of epilepsy being inherited genetically.

That may seem crazy today, but it shows just how much the public believed epilepsy was something that would be passed along to children. It’s usually not, but the false perception lingers. Many people still believe epilepsy is mostly an inherited condition.

We spoke to Ganesh Murthy, MD, a neurologist specializing in epilepsy with Banner Brain & Spine. He helped set the record straight about epilepsy and genetics and outlined the condition’s most common causes and triggers.

According to the National Institutes of Health (NIH), in about half of epilepsy cases, the causes are not known. More broadly, “anything that disturbs the normal pattern of neuronal activity — from illness to brain damage to abnormal brain development — can lead to seizures,” the NIH explained.

The known causes of epilepsy differ depending on the person’s age. The Epilepsy Foundation broke down the causes this way:

In infants and children:

In children and adults:

Dr. Murthy added that for seniors, tumors are also a common epilepsy cause. He pointed out that epilepsy arises most often in infancy and childhood, and in later adulthood (above age 55). He said the most common type of epilepsy is focal epilepsy — or an epilepsy which originates in just one part of the brain — and that this type of epilepsy is usually not inherited. Studies have found genetic epilepsy to make up just 15-20% of cases.

For folks with epilepsy, there are some common triggers to look out for. A trigger isn’t the same as a cause — a trigger comes along once you already have epilepsy and is something that happens fairly consistently before seizures (and happens more often than simply by chance). Triggers, Dr. Murthy explained, lower a person’s “seizure threshold,” which increases their likelihood of having a seizure. Here are some of the most common epilepsy triggers:

Dr. Murthy also mentioned reflex epilepsies, where seizures may be prompted by strobing lights or other specific stimuli.

To determine your triggers, keeping a seizure journal can help you track and identify them.

Because causes and triggers vary so much from person to person, so do treatments. The mainstay in epilepsy treatment is seizure medication. By taking medication, limiting triggers and getting medical help for whatever is causing the seizures in the first place, epilepsy patients can decrease their likelihood of seizures and enjoy improved quality of life. This management will look different depending on the person’s individual causes and triggers.

Dr. Murthy noted that this process often takes time. He assured that epilepsy is a manageable condition, and most patients live full and productive lives. In all cases, patients should work closely with their epileptologist to find what works best for them.

Visit bannerhealth.com to learn more about epilepsy and find a specialist in your area. You may also want to read these related articles, written with help from Banner Health experts.

YOU MAY ALSO LIKE
Neurofibromatosis: What to Know About This Genetic Disorder
Peripheral Facial Palsy: Ramsay Hunt Syndrome Vs. Bell’s Palsy
Why You Shouldn’t Confuse Carpal Tunnel Syndrome and Spinal Cord Compression
Not Just for Wrinkles: How Botox Can Help With Other Health Conditions
What is Vascular Dementia? Are You at Risk?
How You Can Help a Loved One Who’s Struggling with Aphasia
Featured
Advise Me
How Often Should You Wash Your Sheets to Keep Germs Away?
Better Me
Why Is My Nose Burning?
Inspire Me
Three Women, Three Final Treatments, Three Survivors
RECENT
Teach Me
Maintaining Intimacy With Alzheimer’s Disease
Better Me
Wiggles? Growing Pains? Your Child May Have Restless Leg Syndrome
Advise Me
Why the Type of Protein You Eat Makes a Difference in Your Health
Comments 0