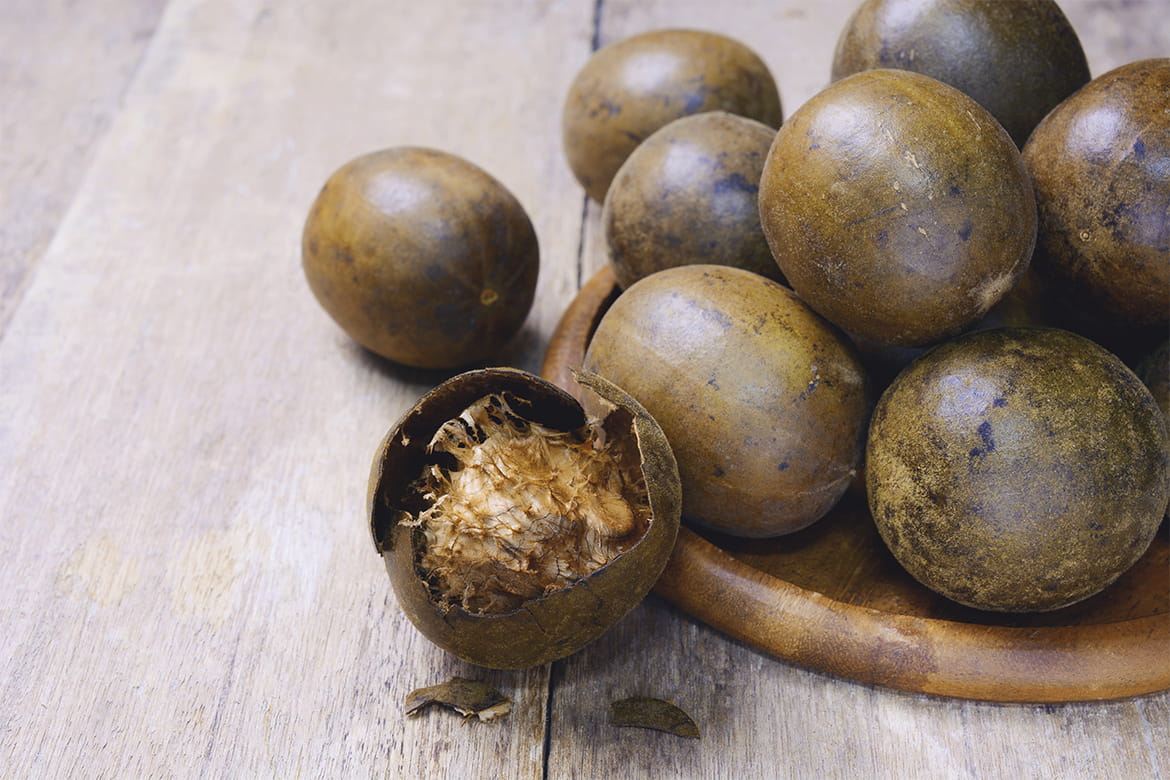 While you may not have ever heard of monk fruit, for those on a paleo and keto diet, this magical fruit is getting high praises as a sugar alternative. So, what is monk fruit and is it really worth the hype?

Ashley Amaral, a registered dietician at Banner – University Medical Center Phoenix, cracks open a monk fruit and explains what it is and its potential benefits.

What is monk fruit?

Hailing from Southeast Asia, monk fruit, also known as luo han guo, gets its name from Buddhist monks who were the first to cultivate it back in the 13th century. This melon-like fruit, which is oddly closely related to its cousin the cucumber, is picky about where it grows, so it may be why you don’t see it in your local produce aisle.

The health benefits of monk fruit have long been well-known in traditional Chinese medicine, but its popularity has been growing in the U.S.

Today, it is popular as a natural sweetener and can often be found in the baking aisle, sitting next to bags of sugar and other natural and artificial sweeteners. According to the U.S. Food & Drug Administration (FDA), monk fruit extract can taste up to 200 times sweeter than  sugar—thanks to chemical compounds called mogrosides, which give the fruit its characteristic sweetness.

What makes monk fruit so special?

When comparing monk fruit to sugar, there are several benefits, including:

There are some health benefits too: “When it comes to looking for sugar substitutes that won’t break the caloric bank and aren’t chemically derived, monk fruit is a great alternative,” Amaral said. “As with any non-nutritive sweetener, it doesn’t contribute to postprandial glucose and insulin release (it doesn’t affect blood sugar levels), which is good for diabetics. Some animal studies have also found that the mogrosides extracted from it can have antioxidant protective properties as well.”

Are there any drawbacks to this fruit?

Along with the many benefits, there are some drawbacks too, which include:

It’s almost impossible to find unless you live in a region in which its grown.

Some monk fruit sweeteners are processed

“Monk fruit is often combined with other sweeteners, such as added sugars and molasses, making them no longer calorie-free,” Amaral said. “It can also be combined with another popular sugar alcohol known as erythritol, which has been known to cause some people GI distress.”

There is some research that suggests that sweetened food and drinks can intensify sugar cravings.

Avoid if you have a gourd allergy

As mentioned earlier, monk fruit is closely related to cucumbers, which are a part of the gourd family. Your risk of a monk fruit allergy is higher if you are already allergic to other gourds like pumpkin, squash or melon.

How to use monk fruit extract

Monk fruit can be added to just about anything, such as oatmeal and baked goods, or in drinks, such as coffee and tea. Amaral just cautions to “use sparingly because it is way more potent than sugar.”

While this is one fruit you may not find in your local grocer, it’s a good one to make note of the next time you reach for some sugar.

Curious if implementing monk fruit sweeteners can aid in your overall health and wellness? Schedule an appointment with your primary care physician or a Banner Health dietician.

YOU MAY ALSO LIKE
These Tips Can Help You Get Used to Your Hearing Aid
6 Conditions That Affect Men More Than Women
Scoop on Poop: 5 Things to Know About Your Poop
These Core Exercises for Seniors Can Help Prevent Injuries
Is MSG Bad for You? You May Be Surprised
9 Natural Remedies For Tummy Aches
Featured
Advise Me
How Often Should You Wash Your Sheets to Keep Germs Away?
Better Me
Why Is My Nose Burning?
Inspire Me
Three Women, Three Final Treatments, Three Survivors
RECENT
Advise Me
How to Grieve Someone Who Was a Negative Part of Your Life
Advise Me
Does Your Child Need Medical Care or Can You Treat Them at Home?
Teach Me
What Are Braxton Hicks Contractions?
Comments 0