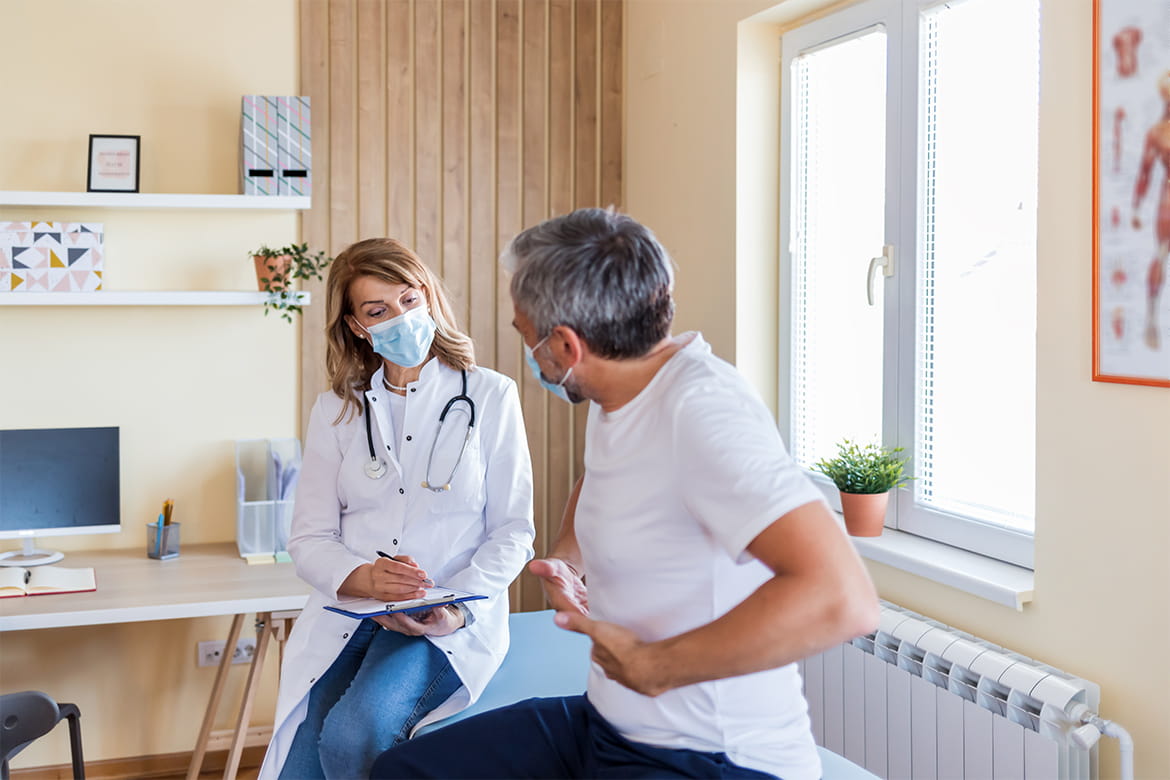 Stomach cancer used to be common in the U.S. In fact, it was America’s leading cause of cancer death for much of the early 20th century. Now, though? It’s only about 1.5% of all new cancer diagnoses in the U.S. each year, according to the American Cancer Society.

Since stomach cancer is rare in the U.S., stomach cancer screenings are not recommended for people of average risk. Thus, early detection is rare, meaning that stomach cancer is often not found until its advanced stages. Because of this, it’s important to know the early warning signs, and how they may differ from more common stomach problems.

We spoke about stomach cancer with Madappa Kundranda, MD-PhD, director of the gastrointestinal cancer program at Banner MD Anderson Cancer Center at Banner Gateway Medical Center in Gilbert, AZ. He told us the symptoms to look for, the risk factors at play, and the best preventive steps you can take.

Another reason that stomach cancer, also known as gastric cancer, goes undiagnosed is that its earliest symptoms — bloating, heartburn, nausea, general discomfort — aren’t specific to the disease. Since people feel these common symptoms all the time, they oftentimes brush them off as no big deal. However, there are some other more specific stomach cancer warning signs that could tip you off:

One of the most common risk factors for stomach cancer is a bacterial infection called helicobacter pylori, also known as H. pylori. In the U.S., this infection is more common among older adults, people of Black/African American or Hispanic decent and people with lower incomes, according to the Centers for Disease Control and Prevention (CDC). 30 to 40% of people in the U.S. get H. pylori, but most often it goes undetected because it does not usually cause symptoms or illness.

Age and gender can also increase your risk of developing the disease. According to the National Cancer Institute, more than 60% of people diagnosed each year are at least 65 years old and the majority of those patients are male.

Dr. Kundranda pointed out some other risk factors, such as obesity, eating processed meats, heavy consumption of alcohol and tobacco, exposure to chemicals, ethnicity and geography, previous stomach surgery, certain medical conditions and a family history of stomach cancer. If you identify with any of these risk factors and are experiencing symptoms, you should schedule a visit with your doctor.

According to Dr. Kundranda, the “gold standard” for stomach cancer detection is an endoscopy with biopsies. When you get an endoscopy, a narrow, flexible tube with a light and camera on the end is sent down your throat and into your stomach to see if anything is wrong.

Practicing a healthy lifestyle is your best bet when it comes to prevention. Dr. Kundranda recommends a diet high in fruits and vegetables, regular exercise and maintaining a normal body mass index (BMI) as important ways to reduce your risk.

To learn more about stomach cancer or to schedule an appointment with a Banner Health specialist, visit bannerhealth.com.

You may also be interested in these other articles written with help from Banner Health experts:

YOU MAY ALSO LIKE
These Tips Can Help You Get Used to Your Hearing Aid
How to Use Supplements During Cancer Treatment
Scoop on Poop: 5 Things to Know About Your Poop
These Core Exercises for Seniors Can Help Prevent Injuries
IPF: A Deadly Lung Disease You’ve Probably Never Heard Of
Low Bilirubin: Why Jaundice Isn’t Only a Problem for Babies
Featured
Advise Me
How Often Should You Wash Your Sheets to Keep Germs Away?
Better Me
Why Is My Nose Burning?
Inspire Me
Three Women, Three Final Treatments, Three Survivors
RECENT
Advise Me
Dating Violence: How to Protect Yourself or Your Teen
Advise Me
6 Exercise Tips to Keep You Moving in Cold Weather
Teach Me
What is Tianeptine (AKA Gas Station Heroin)?
Comments 0