Your Teen Wants a Tattoo – Now What? 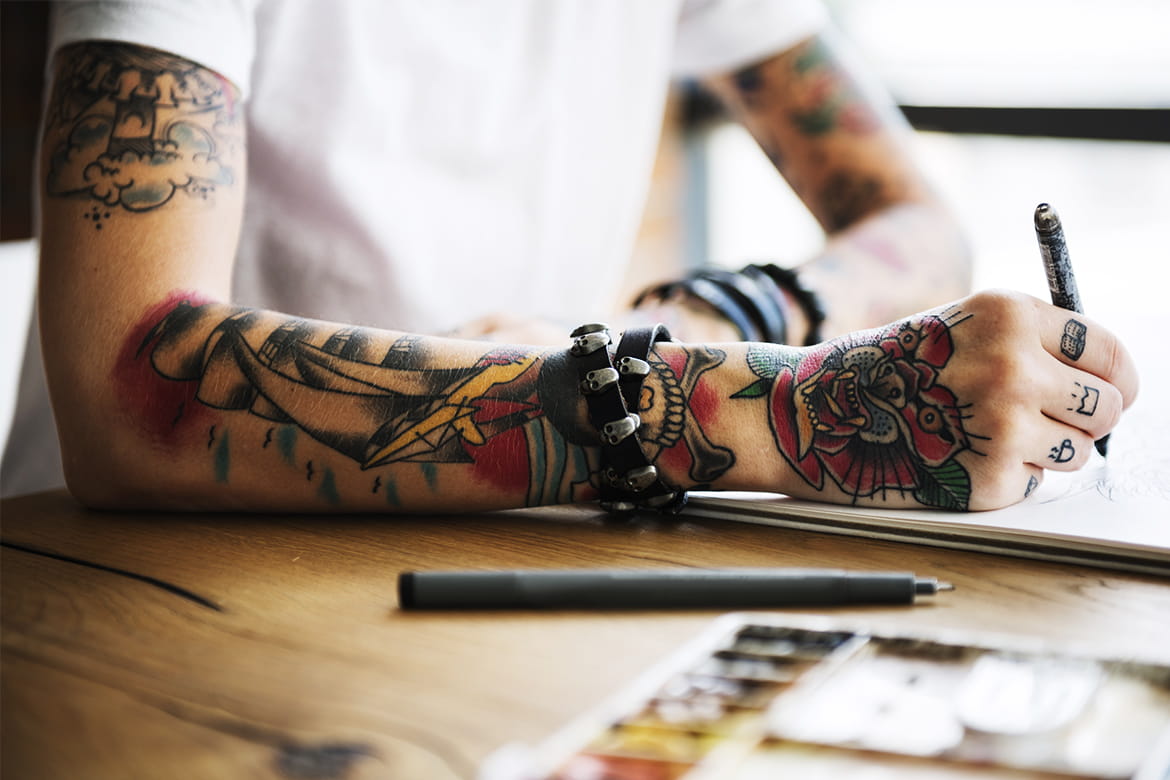 This kind of statement may not be a big deal for some parents, especially those with their own tattoos. But for others, this statement could throw you a real curveball. After countless open conversations about social media usage, puberty and sex, you may not have expected this one. As you stare blankly back at your teen wondering how best to respond, a swirl of thoughts—and fears—may run through your head.

Tattoos aren’t a new fad, but studies have shown that more kids are getting them even at younger ages than in the past with nearly half of Millennials having at least one. Before acting erratically and locking them up in in their room until they are 18 (which is highly illegal), here’s how to have an open conversation and work with your teen to guide them through this decision process.

Why Do They Want One?

Between the ages 12 to 18, teens often seem unpredictable and impulsive, but it is all part of their process of finding their sense of self. You may still exert some influence on them, but most of their influences come externally, from friends, social media and pop culture. One day, they like Bruno Mars, and the next day they’ve moved on to classic rock. Their desire to get a tattoo could simply be the latest “thing” their friends are into. Or, they may surprise you, and it’s something they’ve genuinely thought about for a while.

“The first thing you’ll want to find out is their reason and remind them you support their identity,” said Adeola Adelayo, MD, a practicing psychiatrist with Banner Behavioral Health Hospital. “The conversation could lead to a simple answer or it could open the door to issues you were not aware of. For example, if your son wants one to look more tough, you may want to check in on what is happening in school and his social circles.”

Let’s Talk About the Risks

If your teen has been wanting one for a while, they may have already researched potential risks, but it’s good to go through what getting a tattoo involves. Joshua Tournas, MD, dermatologist at Banner Health Center in Sun City West, said the biggest risk of getting tattoos at a young age is regret later in life.

“What you think looks great as a teen may not play so well later on when looking for jobs and such,” Dr. Tournas said. “If someone is still growing, the tattoo could also get distorted over time."

Dr. Tournas also said that it’s important, if you do go down this path, that they find a reputable shop that follows good sterilization techniques and are aware of the potential allergic side effects that are possible.

“There have been cases of HIV, hepatitis B/C, and HPV transmission through contaminated instruments and inks. There are also many different types of allergic and other skin reactions that can happen due to various colored inks,” Dr. Tournas said.

If your teen feels strongly about this and is clear-headed about the risks, you can embrace their need for individuality. Recommend a temporary option and agree on a location that is more conservative in nature. Today, there are plenty of temporary and henna tattoos that can last several weeks. Remind them that tattoos are designed to be permanent and can be difficult—and expensive—to remove. With a temporary tattoo, they can play around with designs and locations to see if a permanent tattoo is still what they really want.

“Tattoo removal is not perfect,” Dr. Tournas said. “There is often scarring afterward. Expect many treatments and do not expect perfection.”

If they are of age and still insistent on getting one, Dr. Tournas said that black and green tattoos are the easiest to remove with a laser later than brighter colors. “Brighter colors and lighter skin tones are very difficult and can often darken instead of lighten when exposed to laser.”

Check Your State’s Laws on Tattooing

Almost every state has a law addressing some aspect of body art—some require parental permission while others prohibit until age 18 even with parental permission. It may be nice to have the law on your side, but it still won’t address the important conversation you’ll need to have.

If it’s too late and your teen already got a tattoo, you may be angry. But try and breathe. Remind yourself that preserving your relationship by loving them and understanding their need for self-expression is crucial in this period of their life. “This is an important time in their life, so help them learn to navigate safely and appropriately…even through their mistakes,” Dr. Adelayo said.

For more information on the health effects of tattoos, check out this blog post.