Surprising Info You Might Not Know About Blood Transfusions 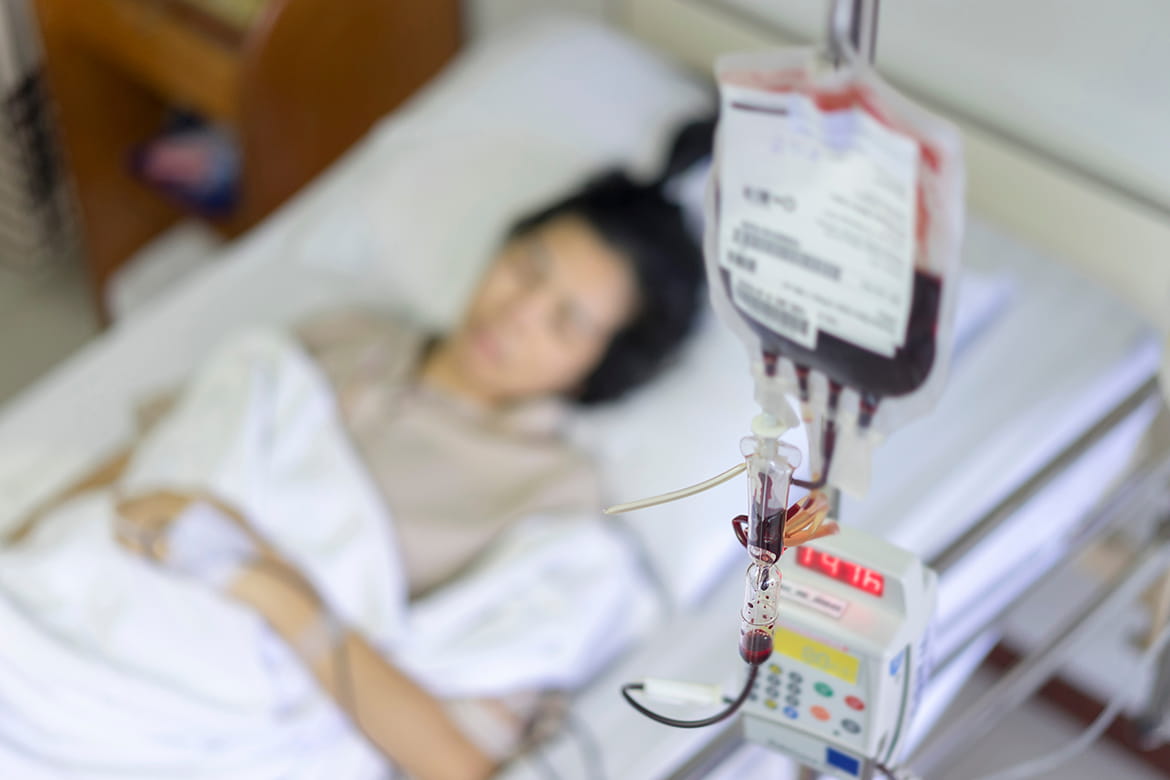 If you’ve never needed a blood transfusion, you may not know much about them, beyond what you’ve seen in the movies or on TV. People realized centuries ago that you could replace one person’s blood with another’s. According to the American Red Cross, this life-saving treatment was first used in Britain in 1818 to treat a woman who was bleeding after giving birth. It’s still used for that purpose today, and since then, scientists have discovered ways it can treat other conditions, too.

What is a blood transfusion, exactly?

“A blood transfusion is the process of transferring components of blood from a donor to a recipient,” Wycoff said. You probably envision whole blood being transfused, but that’s generally the case only with major trauma. It’s more common to have a transfusion of blood components. That could be:

When people donate blood, it’s tested for infectious diseases and bacteria and separated into these components. (When people get paid for donating plasma, it’s used for pharmaceutical or manufacturing purposes, not direct medical care.)

Wycoff and Enriquez both encourage people to donate blood if they can. “We rely on volunteer donors to make a difference in the lives of others. One donation can save up to three lives,” Wycoff said.

Several situations could trigger the need for a blood transfusion. Some of the most common are:

“Doctors give a lot of consideration to a person’s needs before deciding on a blood transfusion,” Enriquez said. “Blood and blood components are given only when no other treatment would be as effective.”

What are the risks of blood transfusions?

Transfusion reactions are rare—they occur in up to just 1% of transfusions. “Reactions could be anything from allergic responses to lung injuries and can range from mild to life-threatening,” Wycoff said. Fatal reactions are extremely rare—they happen once in 600,000 to 2.3 million cases. You’re far more likely to die from a fall or a car accident.

Can you donate your blood for yourself or a loved one?

If you have a very rare blood type, your doctor may recommend that you bank your blood in case you need a transfusion. But in that case, you’ll usually have time for your body to recover before you need to use this blood.

It’s possible, but uncommon, to donate specifically for another person, such as a child.

What does your blood type have to do with transfusions?

There are four blood types: A, B, AB and O. You need to get a transfusion of the correct type of blood, or else the antibodies in your own blood will attack it. “You can look at a blood transfusion as a transplant—it’s foreign to the patient,” Enriquez said. The breakdown of blood types varies by ethnicity.

Your blood also needs to be screened for antibodies before you can have a transfusion. If you test positive for an antibody, you want to make sure the blood you’re transfusing won’t trigger a reaction.

“The more times someone has blood transfusions and is exposed to blood from donors, the higher the chance that they will make more antibodies to blood that is foreign,” Wycoff said. “Sometimes it can take days to determine what antibodies a patient has, and it can require a nationwide search to get blood from rare blood donors when people have complex or rare antibodies. Some of these rare units are frozen and stored in specialized blood banks.”