All You Need To Know About Neti Pot Safety 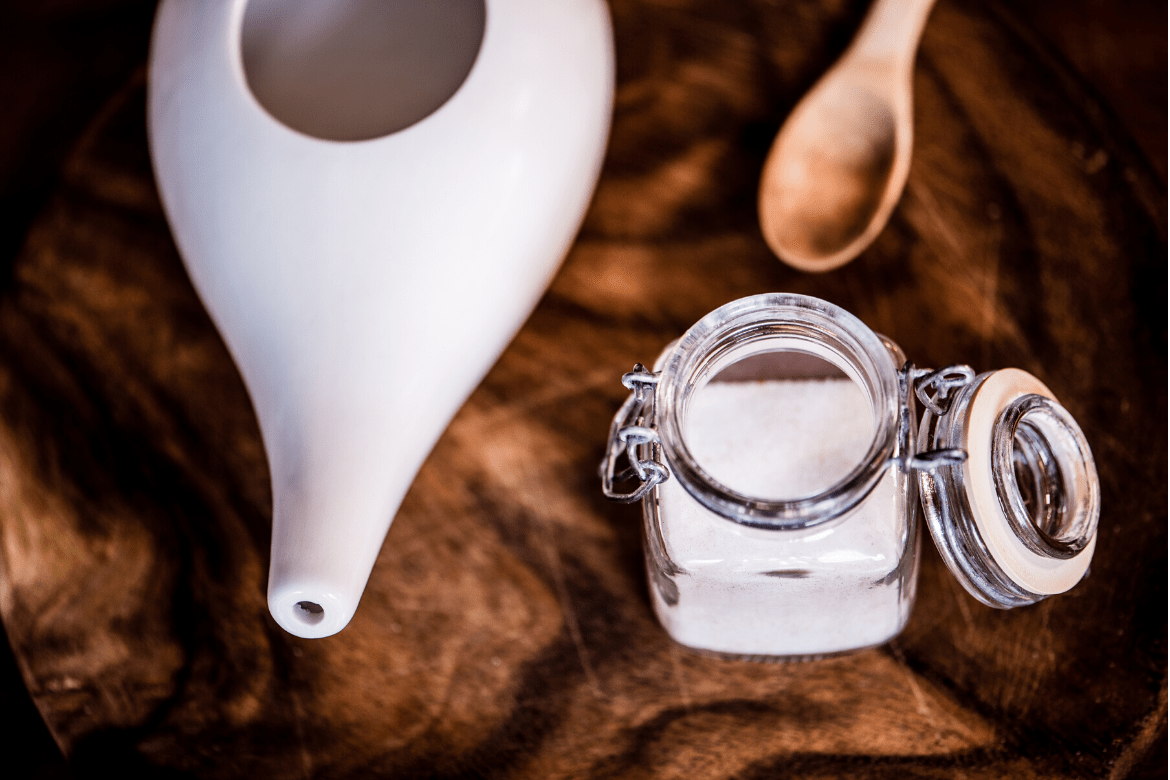 Occasionally, a doctor may recommend using a neti pot to help with allergies, sinus infections or congestion. A neti pot is a small tea-pot shaped vessel you can use to pour liquid in one nostril and out of the other. However, you need to be careful with how you use it, or, more specifically, what you put in it.

A December 2018 article in USA Today discusses the case of a 69-year-old woman who died after getting infected with a brain-eating parasite following a year of use with a neti pot. The problem wasn’t that she used a neti pot, however. It was the tap water.

The Centers for Disease Control and Prevention notes untreated tap water is not safe to use because it can contain parasites, such as Naegleria fowleri, the brain-eating amoeba. So, you may be thinking, if it’s not safe for use in neti pots, does that mean it’s not safe to drink? Not to worry, even if one of these nasty parasites is in a big sip of water, they won’t survive stomach acids.

If a doctor recommends using a neti pot, follow the directions closely to make sure you stay safe. Remember, the CDC recommends using water that has been boiled for 1 minute (3 minutes at elevations above 6,500 feet) and cooled, or using distilled or sterile water.

If none of these options is available, the CDC says you can use filtered water, but you should be sure the filter’s label reads NSF 53 or NSF 58. The label may also say “absolute pore size of 1 micron or smaller.”

Why is it so important to use properly treated water? Because amoebas like Naegleria fowleri could enter the body and lead to a disease known as primary amebic meningoencephalitis or PAM.

The CDC explains symptoms usually appear 1 to 9 days after infection, and early symptoms of PAM are similar to bacterial meningitis. They include:

The CDC says symptoms that set in later can include:

While infections from Naegleria fowleri are rare, when they do occur, they are usually fatal. In fact, the CDC notes only 4 known people have survived from the infection of the 143 infected between 1962 and 2017. It’s a fatality rate of 97%.

Infections from the amoeba tend to happen in the summer months—July, August and September. The CDC says this is because the amoeba grows better in warmer water.

If your doctor recommends a neti pot, talk with them about safely using it and ensure you take the necessary precautions with the water that you use.

Want to see an allergist? Find one near you.

Allergy and Immunology Cold and Flu

YOU MAY ALSO LIKE
An EpiPen Could Save Someone’s Life: Here’s When and How to Use One
How to Recognize and Treat a Sinus Infection (Sinusitis)
Is Elderberry a Miracle Treatment for Nasty Cold and Flu Symptoms?
7 Ways to Help Keep Your Family Healthy This Winter
What to Know About Respiratory Syncytial Virus (RSV)
Treat Your Child’s Flu Symptoms at Home
Featured
Advise Me
How Often Should You Wash Your Sheets to Keep Germs Away?
Better Me
Why Is My Nose Burning?
Inspire Me
Three Women, Three Final Treatments, Three Survivors
RECENT
Better Me
How to Get Rid of Those Painful Cracks in the Corners of Your Mouth
Teach Me
Why Do I Keep Getting Strep Throat?
Teach Me
Are You at Risk for Infection with the Epstein-Barr Virus?
Comments 0