How Can A Sibling Rivalry Be A Good Thing? 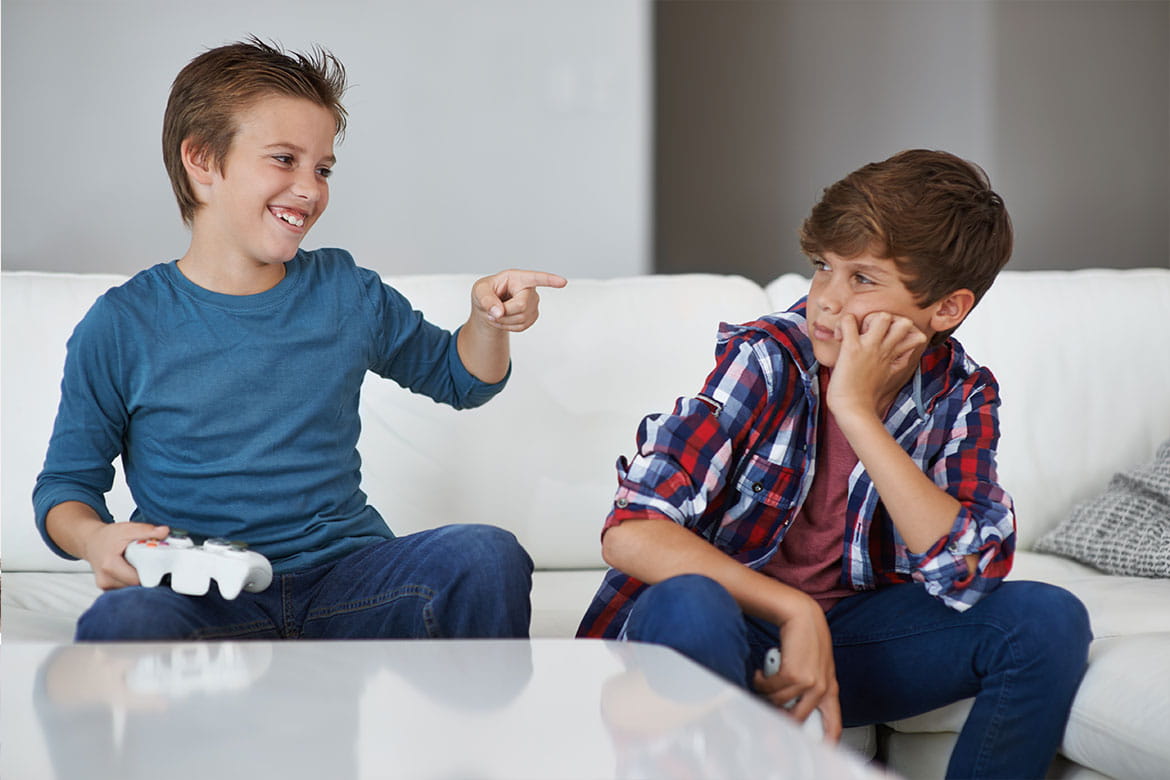 Famous sibling rivalries have dotted history for hundreds of years. In some, it was unclear what caused the tension between the siblings. In others, it’s all too obvious what started the competition. It leads to the question: Is a sibling rivalry really a bad thing?

In 1955, Eppie Lederer began writing an advice column under the pen name Ann Landers. As the Ann Landers column became popular, Eppie’s identical twin sister, Pauline, decided to start her own advice column, which she named Dear Abby. The competing advice columns led to a feud between the twins until the gossip led them to seemingly reconcile.

Other cases, like actors Julia and Eric Roberts or Ray and Dave Davies from the Kinks, are probably more representative of what a sibling rivalry can become. According to Dr. Adeola Adelayo, a practicing psychiatrist with Banner Behavioral Health Hospital in Scottsdale, Ariz., some rivalries can have a positive outcome.

What is a sibling rivalry?

The good news for parents is the bickering and squabbling children do during a sibling rivalry is completely normal, according to Dr. Adelayo. Typically, the rivalry is a competition between siblings and doesn’t need to be dealt with—unless it causes a lot of friction.

“A sibling rivalry occurs naturally as a child tries to find his or her place within the family,” Dr. Adelayo said.

If a parent feels like the rivalry is causing a lot of friction, it needs to be addressed. Dr. Adelayo says it is crucial the parent remains impartial and does not play favorites. They should also never join in on the competitive banter between the siblings.

Adults who were in a difficult sibling rivalry may remember their childhood was terrible because their sibling took the attention. In the long run, this can hamper the formation of relationships later in life, according to Dr. Adelayo.

To help ease a sibling rivalry, it’s important to understand the root cause of it.

What causes a sibling rivalry?

It’s not easy to pinpoint what causes a sibling rivalry, but a lot depends on the children’s developmental stages. As children develop, they may begin to express jealousy for their siblings to communicate their needs to you, according to Dr. Adelayo.

Parents typically give younger children more attention—especially when they’re newborns. As the attention shifts from the older to the younger child, a sibling rivalry can start to take shape. That’s when it’s time for the parents to listen. Find out what the child feeling neglected is trying to communicate. Then, set time to spend with them to address their needs.

This is the time to teach the children empathy toward each other, Dr. Adelayo says. You should also help your children recognize their own uniqueness and help them understand their own strengths compared to their siblings.

With that, Dr. Adelayo believes you should positively teach the children that they are individuals and not just part of a family. Their successes, as well as those of their siblings, should be celebrated by everyone in the family.

How can sibling rivalry be good?

The biblical proverb “As iron sharpens iron, so one man sharpens another” illustrates how a sibling rivalry can be beneficial. One interpretation is that competition between two people makes both more effective just like when you use a sharpening steel on your chef’s knife. In many aspects of life, putting your skill up against another is a great way to improve.

Tennis stars Venus and Serena Williams are a prime example. They have competed against each other at least 30 times as professionals and, between the two of them, have been ranked number 1 in the world for more than 300 weeks since 2002. While they are incredibly competitive on the court, the sisters share no ill will against each other—even admitting they root for their sibling during matches.

Now, your competing children may not have trainers to help them get better like the Williams sisters, but they have each other. And, Dr. Adelayo says that’s where the parents’ teaching comes in.
“Spur them on to teach other,” Dr. Adelayo said. “Spin it positively to get them working together.”

As an example, if one child is not as good at drawing as their sibling, have the one who is better teach the other some drawing techniques. Teach them to encourage each other.

Dr. Adelayo says it’s also important for the parent to celebrate the activity. If one child cannot do something as well as their sibling, celebrate what they can do well. It’s part of who they are as an individual and should be recognized.

A healthy sibling rivalry can help children achieve greater heights, according to Dr. Adelayo. It can teach communication skills and relationship skills. She also believes not all competition is negative—only when it is taken too far, and parents don’t recognize it.

Above all, Dr. Adelayo says it starts with the parent. Not only should they never play favorites or join in on any of the competitive banter, but they should also teach the children to love each other unconditionally. It will make it easier for them to deal with the sibling’s successes.

“At the end of the day, success comes and goes, but love is always there,” Dr. Adelayo said.