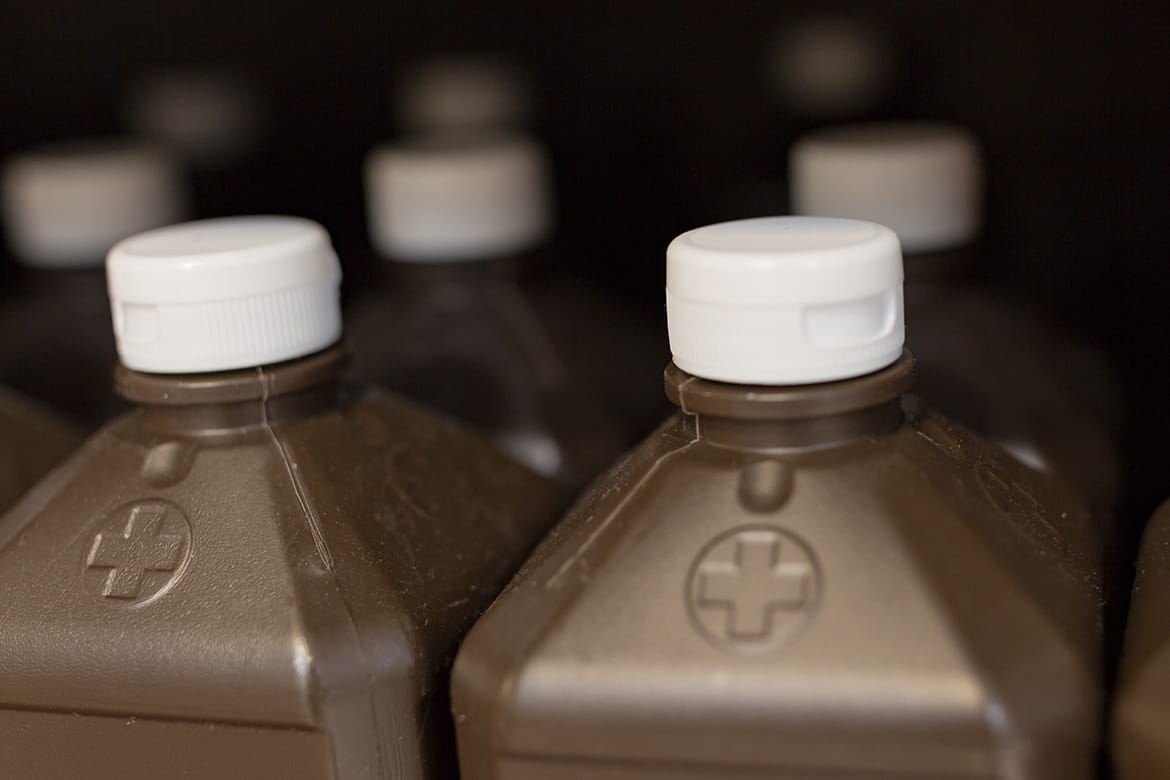 You probably have a bottle of hydrogen peroxide kicking around somewhere in your medicine cabinet. Hydrogen peroxide has antiseptic properties, so a lot of people use it to clean wounds or treat acne. But using it for those purposes is outdated and no longer recommended.

Jessica Regnaert, MD, a family medicine specialist at Banner Health Center in Mesa, AZ, said, “Most people are shocked to hear that hydrogen peroxide should not be used on a wound, since it’s been used that way for many years. However, many patients who come in with a non-healing wound will be using hydrogen peroxide on it, and once they stop, the wound will heal. Hydrogen peroxide actually irritates the skin and inhibits wound healing. The advice about using it has changed because new research shows that the irritation it causes is not worth the antiseptic effect.”

A better way to treat scrapes and cuts

You probably won’t miss the sting of hydrogen peroxide on your minor skin wounds. To clean them properly and help prevent infection, Dr. Regnaert recommends good, old-fashioned soap and water. After you’ve cleaned the cut or scratch, dry it off with a paper towel or a clean towel, cover it with antibiotic ointment and protect it with an adhesive bandage.

Of course, you should get medical care for bigger wounds, cuts that won’t stop bleeding or injuries you can’t clean out.

Since hydrogen peroxide irritates your skin, it can make acne worse. And it dissolves quickly, so any benefits it might provide don’t last long. If you are trying to control acne breakouts, Dr. Regnaert said benzoyl peroxide is a good choice. Or talk to your primary care physician or a dermatologist. There are lots of different medications available that can help you get your acne under control.

You don’t have to throw away that hydrogen peroxide

While hydrogen peroxide isn’t a good choice for your skin, its antiseptic properties make it useful around the house. According to the Centers for Disease Control and Prevention (CDC), it can kill viruses, bacteria, yeast, fungi and spores.

You can use it to:

Be sure to use hydrogen peroxide in a well-ventilated area, and wear gloves so it doesn’t irritate your skin. If you keep your hydrogen peroxide for household use, store it out of reach of children or pets. It’s dangerous if ingested.

Hydrogen peroxide doesn’t last forever. It’s H2O—in other words, water with another molecule of oxygen. And over time, that extra molecule gets released, so your bottle eventually just contains water. If your hydrogen peroxide is past its expiration date or it’s not bubbly, you’re probably not getting the disinfecting benefits you want.

Hydrogen peroxide used to be a popular antiseptic for cleaning wounds and treating acne. But it’s not a good idea to use it for those purposes, since it can irritate your skin. If you don’t want to throw away your hydrogen peroxide, you can use it for disinfecting around the house. If you’re looking for better alternatives for treating minor wounds and acne, reach out to a Banner Health provider.

YOU MAY ALSO LIKE
What Men Need to Know About Taking Care of Their Skin
10 Tips to Have a Safe Thanksgiving Meal
How Hyperbaric Oxygen Therapy Treatments Could Help You Heal
The Different Skin Benefits of Azelaic Acid
Cellulitis: What to Know About This Skin Infection
How to Tell If It’s a Nickel Allergy That’s Making Your Skin Itchy and Red
Destacados
Aconséjame
How Often Should You Wash Your Sheets to Keep Germs Away?
Inspírame
Three Women, Three Final Treatments, Three Survivors
Enséñame
5 Tips to Remove Water From Your Ears
RECIENTE
Aconséjame
How to Grieve Someone Who Was a Negative Part of Your Life
Aconséjame
Does Your Child Need Medical Care or Can You Treat Them at Home?
Enséñame
What Are Braxton Hicks Contractions?
Comments 0