Are You at Risk for Infection with the Epstein-Barr Virus? 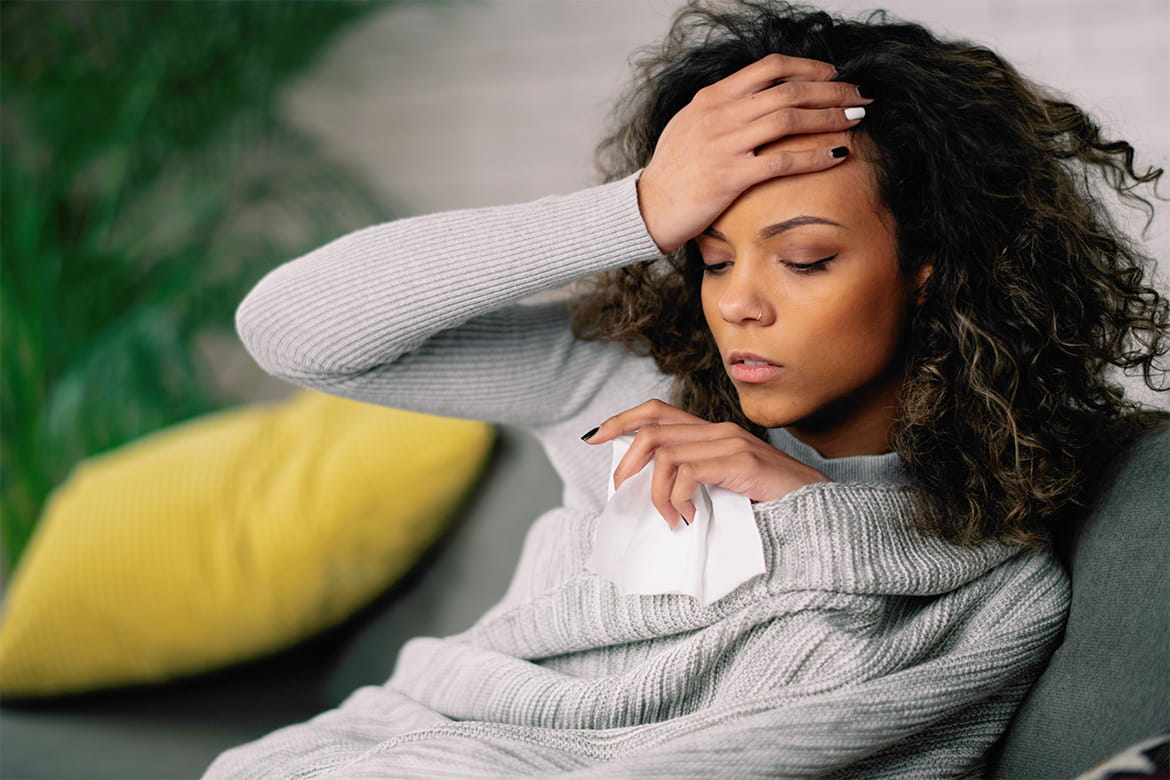 The Epstein-Barr virus (EBV) is one of the most common viruses in the world. In fact, you might have been infected by it without knowing it. But it’s linked with some serious illnesses, so it’s essential to understand how to prevent it and what to watch for. We talked to Carol Grush, an infection prevention specialist with Banner Health in Arizona, to learn more about this virus and what can happen if you’re infected.

“The Epstein-Barr virus is a member of the herpes family of illnesses,” Grush said. You can contract it when you come into contact with the bodily fluid of someone who is carrying it. It’s often spread by saliva—in fact, mononucleosis, which is associated with EBV, is nicknamed the kissing disease.

How can you prevent getting Epstein-Barr?

There’s no vaccine, so to prevent Epstein-Barr virus infection, you want to minimize exposure to bodily fluids such as saliva, blood and semen. An infected person can spread the virus for weeks, even when they don’t have symptoms. Follow these recommendations:

The virus can also be transmitted during organ transplantations, so testing is crucial for preventing infection.

What are the symptoms of EBV?

Symptoms of this viral infection are similar to what you might have with a cold or the flu:

With EBV, you may also have an enlarged spleen or swollen liver, which are symptoms you don’t typically see with a common cold or flu.

Many people contract EBV as children, but don’t have any symptoms. Teens and adults could have symptoms that last for weeks or months.

How is EBV diagnosed and treated?

Since symptoms mirror those of the cold and flu, it can be hard to diagnose. But if you have cold or flu symptoms that aren’t improving in a week or so, you might want to seek medical care.

Your doctor can run a blood test for antibodies linked to EBV. But those antibodies would show up if you had a previous EBV infection, and 90% of adults have antibodies from past infections. “The Epstein-Barr virus stays dormant once the initial infection has past and can reactivate,” Grush said. Another antibody panel can look for both active antibodies and past antibodies.

Unfortunately, there’s no cure for the Epstein-Barr virus infection and no medications that treat the infection itself. You can take these steps to relieve your symptoms:

“EBV infection can be a serious illness,” Grush said. “Follow your doctor’s instructions carefully and get plenty of rest. You may need to limit your activity if you have swelling of the liver, spleen or heart muscle. In people with EBV, there have been cases of ruptured spleens and livers from blows to the abdomen.”

Can Epstein-Barr virus cause other illnesses?

It can cause infectious mononucleosis, often called “mono,” but not all EBV infections are mono. It can also cause:

If you’re infected with the Epstein-Barr virus, you might have symptoms that make you think you have a cold or the flu. But if you’re not getting better in a week or so, you might want to be tested for EBV.

Who should you see for diagnosis and treatment of Epstein-Barr?

Schedule an appointment with a pediatrician near you.

Schedule an appointment with a primary care provider near you.