These 8 Hangover Myths Aren't True - Here's What Does Help 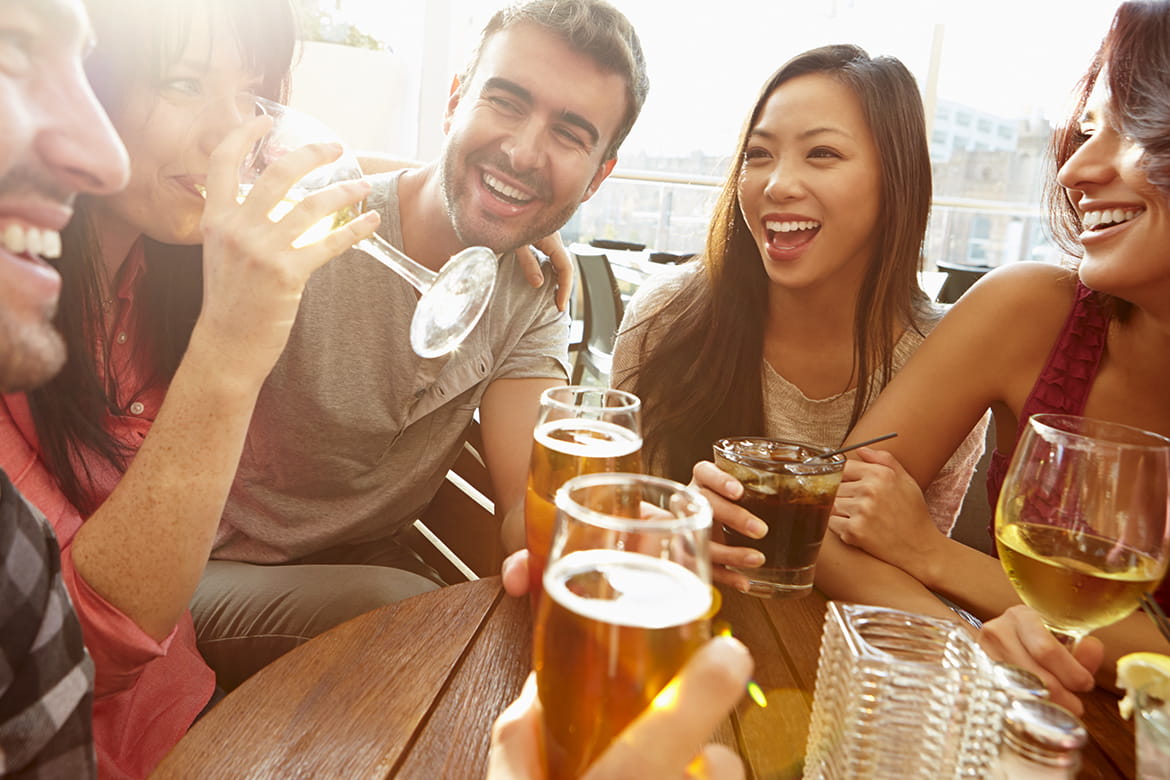 Regretting the bevvies you had last night? A night of drinking alcohol – beer, wine, and liquor – seemed like a great idea at the time, but you’ve woken up feeling like Tyson Fury has knocked you out.

Let’s be honest, hangovers suck. They are never as fun as the party the night before. And the sadder reality is that hangovers don’t even require a big night of heavy drinking.

The effects of alcohol can cause some unpleasant symptoms, such as a bad headache, dizziness, hangxiety (hangover anxiety), shakes and sweats, nausea and stomach pains. It’s no wonder that many people go to great lengths to try and prevent and/or quickly cure them.

Google “hangover remedies” and you’re bound to find plenty of tips, myths and old wives’ tales that promise to cure them. Sadly, the only thing that can really save you is the gift of time—or giving the booze a rest.

That said, we break down eight hangover myths, the reality behind them and what to do instead.

Myth 1: Liquor before beer, you’re in the clear.

We’ve all heard beer before liquor, never sicker; beer before wine, you’ll be fine; or liquor before beer, you’re in the clear. Congratulations to the rhyming genius who came up with these, but it’s time to stop believing they’re also true.

“The truth is that any type of alcohol is dangerous,” said Maureen Roland, RN, managing director of the Banner Poison and Drug Information Center in Phoenix. “What’s more important is the amount of alcohol you drink and not the order in which you have them.”

While moderate amounts of drinking are fairly common, many people regularly abuse alcohol through binge drinking. According to the Centers for Disease Control and Prevention (CDC), one in six Americans binge drink about four times a month, consuming about seven drinks per binge. This can have a negative effect on your health and your wallet, as alcohol isn’t cheap.

“Alcohol poisoning and fatalities are some of the major things we see as a result of binge drinking,” Roland said.

So, stick to pacing yourself and drinking in moderation.

The first reason is your pain meds only work for a short period of time and will wear off well before you wake up in the morning. Another big reason is that taking these medications with alcohol can hurt your liver and stomach.

“Painkillers like aspirin and ibuprofen can irritate your stomach lining and taking acetaminophen like Tylenol can also cause damage to your already overloaded liver,” Roland said. “It’s best to wait until morning to take something for pain relief.”

Myth 3: Drink the hair of the dog that bit you.

The term “hair of the dog that bit you” was an old folk remedy for rabies where one would place hair from the dog that bit someone into the wound. Sadly, it didn’t work for those bitten by a rabid dog and it won’t help you either.

Your morning-after Bloody Mary, mimosa or glass of wine isn’t going to do your body any good. It’s just going to delay the inevitable misery.

“The truth is that more alcohol in the morning will only further dehydrate you,” Roland said. “You’ll still have somewhat of a blood alcohol level in the morning that your body is trying to process, so drinking just delays your hangover symptoms—and may make you feel even worse.”

Myth 4: Sleep off the hangover.

Restful restorative sleep and drinking don’t mix. After a night of drinking, you could get eight hours of sleep and feel like you only got two. Alcohol can totally mess with your sleep cycle.

While dragging yourself out of bed feels like the last thing you want to do, getting up and moving are the best things for you to do. “Alcohol leaves your body through urine, sweat and breathing,” Roland said. “Get up and walk, stretch and hydrate.”

Roland added that if you drink heavily one night, wait to sober up a little before you hit the hay. “Alcohol continues to absorb as you sleep, raising your blood alcohol levels,” she said. “If you’re with someone and they start to pass out or go to sleep, watch them as they could be at risk for aspirating—when vomit or something gets caught in the airways preventing them from breathing.”

According to the CDC, about six people per day die from alcohol poisoning. While you may think this is a problem only seen in young adults, 76% of deaths are among adults ages 35 to 64.

If you’re concerned about a friend or loved one who may have alcohol poisoning or is in trouble, don’t hesitate to call 911.

Myth 5: Drinking your weight in water.

Drinking a ton of water before bedtime won’t exactly save you because dehydration isn’t the only cause of hangovers. According to the National Institute on Alcohol Abuse and Alcoholism, dehydration is one of several factors that can contribute to hangovers. Plus drinking too much water can actually be dangerous!

“Instead, drink a glass of water in between drinks,” Roland said. “It’s not going to be a cure-all, but it can slow down and reduce your overall alcohol consumption.”

Myth 6: Nothing a greasy meal and coffee can’t fix.

A burger and fries or scattered, smothered and covered hash browns and coffee may seem like just the thing to get you over the hangover hump, but it’ll just lead to regret. If anything, it’ll do a number on your stomach.

“Having food in your stomach can slow the absorption of alcohol into your bloodstream and coat your stomach, but it won’t help much after a night of heavy drinking,” Roland said.

As well, pounding the coffee the next morning is going to further dehydrate you and worsen your throbbing headache. Caffeine narrows blood vessels and raises blood pressure.

It’s better to eat something gentler on your stomach, like soup, oatmeal, fruit, avocado toast and chamomile tea to replenish your blood sugar levels.

This just seems like a sad way to end your night. Vomiting will help you remove some of the booze in your stomach, but you’ll also remove anything else you had that day, including other fluids. “Not to mention that it’s unhealthy and dangerous to force it out of you,” Roland said.

If only it was as easy as popping a pill to prevent alcohol hangovers, but there’s no magic pill that can do this.

“Most of these products are listed as ‘dietary supplements’ and have little to no evidence-based research supporting claims of hangover cures,” Roland said. “Just because it is ‘natural’ does not mean it is safe or effective.”

There are no magic hangover cures that can help prevent and relieve a hangover besides pacing yourself and cutting back on alcohol. That may seem like a real buzzkill, but guaranteed, you won’t hate yourself the next morning.

If you’re concerned you may have a drinking problem, speak with your health care provider or reach out to a substance abuse center. Even if your alcohol use hasn’t become unhealthy, there’s help and support to guide you along the way. To find a Banner Health specialist near you for medical advice, visit bannerhealth.com.

YOU MAY ALSO LIKE
These Tips Can Help You Get Used to Your Hearing Aid
An EpiPen Could Save Someone’s Life: Here’s When and How to Use One
6 Conditions That Affect Men More Than Women
Scoop on Poop: 5 Things to Know About Your Poop
These Core Exercises for Seniors Can Help Prevent Injuries
9 Natural Remedies For Tummy Aches
Destacados
Aconséjame
How Often Should You Wash Your Sheets to Keep Germs Away?
Inspírame
Three Women, Three Final Treatments, Three Survivors
Enséñame
5 Tips to Remove Water From Your Ears
RECIENTE
Aconséjame
How to Grieve Someone Who Was a Negative Part of Your Life
Aconséjame
Does Your Child Need Medical Care or Can You Treat Them at Home?
Enséñame
What Are Braxton Hicks Contractions?
Comments 0