Can I Take Antidepressants for Depression During Pregnancy? 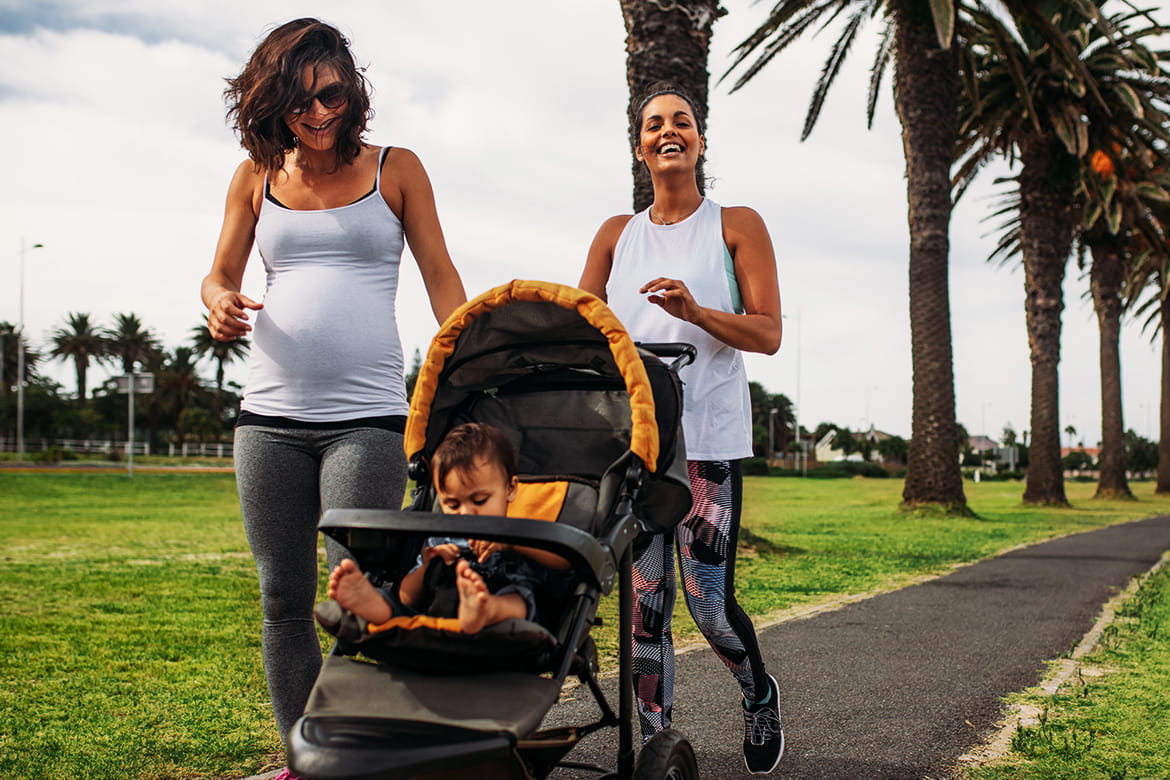 In addition to cognitive behavioral therapy, also known as psychotherapy, taking an antidepressant can help improve your life and day-to-day functioning when you’re experiencing symptoms of depression or another mental health disorder.

However, if you’re thinking about getting pregnant or are newly pregnant, you might have concerns about the potential risks your medication may have on your baby. Should you stop cold turkey, wean yourself off, switch medications or continue?

The decision on whether you should continue taking your antidepressant  is a personal one, but it’s important to discuss it with your health care provider before making any changes.

If you’re thinking about getting pregnant or are recently pregnant, Meghan MacCleary, DO, an OBGYN at Banner Health Center plus in Glendale, AZ, shared six things to know about antidepressants during pregnancy.

1. Depression is common in pregnancy and so is taking medications to treat it.

Depression is one of the most common mental health disorders in the U.S. It affects twice as many women than men, so it’s no surprise this mood disorder can also occur during pregnancy.

“Pregnancy can be a time of joy but also a time of stress, fear, anxiety and even depression,” Dr. MacCleary said. “According to the American College of Obstetrics and Gynecologists, depression is also one of the most common medical complications during pregnancy and postpartum. As many as 23% of pregnant people will struggle with symptoms of depression.”

While deciding whether to take antidepressants is your personal choice, as many as 13% of pregnant people rely on them to treat their depression while pregnant.

2. Stopping medication “cold turkey” can have serious effects on you and your baby.

Pregnant people take medications for different illnesses, such as seizure disorders, arthritis and hypertension, and depression is no different. If moderate to severe depression is left untreated, it is likely to affect self-care, prenatal care and attachment or bonding with your baby.

“Untreated depression may lead to improper self-care and nutrition, an increase in alcohol or tobacco use, exposure to other herbal supplements, having postpartum depression after pregnancy and disruptions in the family environment,” Dr. MacCleary said. “Severe depression can increase your baby’s risk for premature birth, low growth rates in utero and following delivery and admission to the neonatal intensive care unit (NICU).”

Untreated depression may also affect your child’s early growth and development. School-aged children may have problems with their learning, behavior and development, which can cause them to develop mental health conditions later in life.

“The risks of coming off medications could certainly be worse for parent and baby, which is why it is highly recommended you have a conversation with your provider and your psychiatrist or psychologist prior to any medication changes,” Dr. MacCleary cautioned.

3. Taking antidepressants during pregnancy is a balancing act.

Doctors often treat pregnant women’s depression similarly to how it would be treated outside of pregnancy, with counseling or psychotherapy, medication or a combination. The decision to use antidepressants during pregnancy is based on a balance of risks and benefits.

“It’s a balancing act,” Dr. MacCleary said. “We look at not only the medication our patients are taking, but we also weigh the benefits and risks, so we give the best chance for a healthy patient and a healthy baby.”

The biggest concern with taking antidepressants during pregnancy is typically the risk of birth defects, but the actual risk is very low said Dr. MacCleary.

“We know that all psychotropic medications, drugs prescribed for mental illnesses, cross the placenta and have the potential for side effects but there is a system in place that has categorized different medications into certain safety levels,” she said. “Your health is paramount in pregnancy, and that includes mental health.”

All medications are assigned to one of five pregnancy categories (A, B, C, D, X) to determine if they are safe for use in pregnancy, from A “proven not to affect a fetus” to X “proven to cause birth defects.” Most antidepressants fall into category B or C, though a few may increase the chances of fetal development issues.

4. Certain antidepressants are better to take during pregnancy than others.

Selective serotonin reuptake inhibitors (SSRIs), with the exception of paroxetine (Paxil), are among the most common types of antidepressants used to treat depression. Most studies show that SSRI use during pregnancy isn’t associated with birth defects.

“SSRIs like citalopram (Celexa) and sertraline (Zoloft) are categorized as ‘class C medications,’ meaning the risk can’t be ruled out but there is no evidence of human risk,” Dr. MacCleary said. “However, if exposed to paroxetine (Paxil), especially in the first trimester, an additional fetal echocardiography is recommended due to the small increased risk of a fetal heart defect.”

Other antidepressants that are an option during pregnancy include:

5. Most pregnant people on antidepressants aren’t at risk for gestational diabetes.

There is some data suggesting a possible small increased risk of developing gestational diabetes, but the overall risk is very small.

“This slight increase in risk wasn’t seen with the more commonly used SSRIs and was more associated with TCAs and venlafaxine,” Dr. MacCleary said. “However, this isn’t a reason to abruptly stop medications or to not take antidepressants during pregnancy.”

6. Establish and maintain a good relationship with your providers.

If you have depression and are thinking about getting pregnant or are pregnant, it’s important to establish care early on and maintain a good relationship with your care team. Deciding how to treat depression during your pregnancy isn’t easy, but they can help you carefully weigh the risks and benefits so you can make an informed choice.

“Optimal treatment is going to involve the entire care team, including an OBGYN, mental health physician, primary care physician and pediatrician to provide the best care,” Dr. MacCleary said. “As well, maintaining a healthy diet, taking your prenatal vitamins and getting regular exercise have been shown to help optimize your pregnancy for positive outcomes.”

If you’re noticing any changes in mood, which is common during pregnancy and postpartum, it’s important to note these changes to your care team.

If you’re currently taking an antidepressant and are newly pregnant or planning to get pregnant, speak with your provider first before making any changes. They can help you determine what types of medications are safest to take and the risks and benefits of each, so you can make a well-informed decision.

If you have unresolved questions or concerns about your medication and need to  visit bannerhealth.com, or call the Banner Nurse Now line at  (844) 259-9494. Nurses are available 24 hours a day, seven days a week.

YOU MAY ALSO LIKE
How to Grieve Someone Who Was a Negative Part of Your Life
What Are Braxton Hicks Contractions?
Microaggressions: Seemingly Small Words and Actions That Can Be Insulting
Is It OK to Change Your Doctor Mid-Pregnancy?
How to Tell if Your Health-Related Anxiety Is Reasonable or Excessive
What Medications Can Cause False Positives on Drug Tests?
Destacados
Aconséjame
How Often Should You Wash Your Sheets to Keep Germs Away?
Inspírame
Three Women, Three Final Treatments, Three Survivors
Enséñame
5 Tips to Remove Water From Your Ears
RECIENTE
Enséñame
Why Do I Keep Getting Strep Throat?
Enséñame
Are You at Risk for Infection with the Epstein-Barr Virus?
Enséñame
What Parents Should Know About the Germs That Cause Scarlet Fever
Comments 0